Dan Harmon on Writing RICK AND MORTY With a Story Circle

Rick and Morty is one of the best written shows on television. Adult Swim‘s sci-fi animated comedy seamlessly weaves complex narratives, dynamic characters, and scientific knowledge with surrealist comedy and fart jokes. That could be why the series takes so long between seasons. It’s not easy to create something so layered. But it might take even longer without Dan Harmon’s story circle. It’s a writing process the show’s co-creator uses to shape an episode, and in this behind-the-scenes video he explains how the eight-step process takes the Sanchez family on ludicrous adventures through the universe while still maintaining a relatable structure.

Harmon’s story circle is his “attempt to remove all the hard and repeated work from the task of breaking a story.” His “embryo” allows him and the rest of the Rick and Morty writing staff to take characters through an entire arc that changes who they are by the end. The eight steps are:

1. You – a character you can identify with
2. Need – they have some a need or wish
3. Go – they cross a threshold that changes the story’s direction
4. Search – go through trials
5. Find – they locate it
6. Take – it kicks their ass
7. Return – they come back to the world they started in
8. Change – they’re not the same

Harmon also shows this process at work in the two plots from season two’s “Mortynight Run.” In that episode Morty starts off disgusted his grandfather is an arms dealers, but ends with him killing Fart. Meanwhile, Jerry is dropped off at Jerry Daycare only to discover he likes it (and might literally be changed for another Jerry). 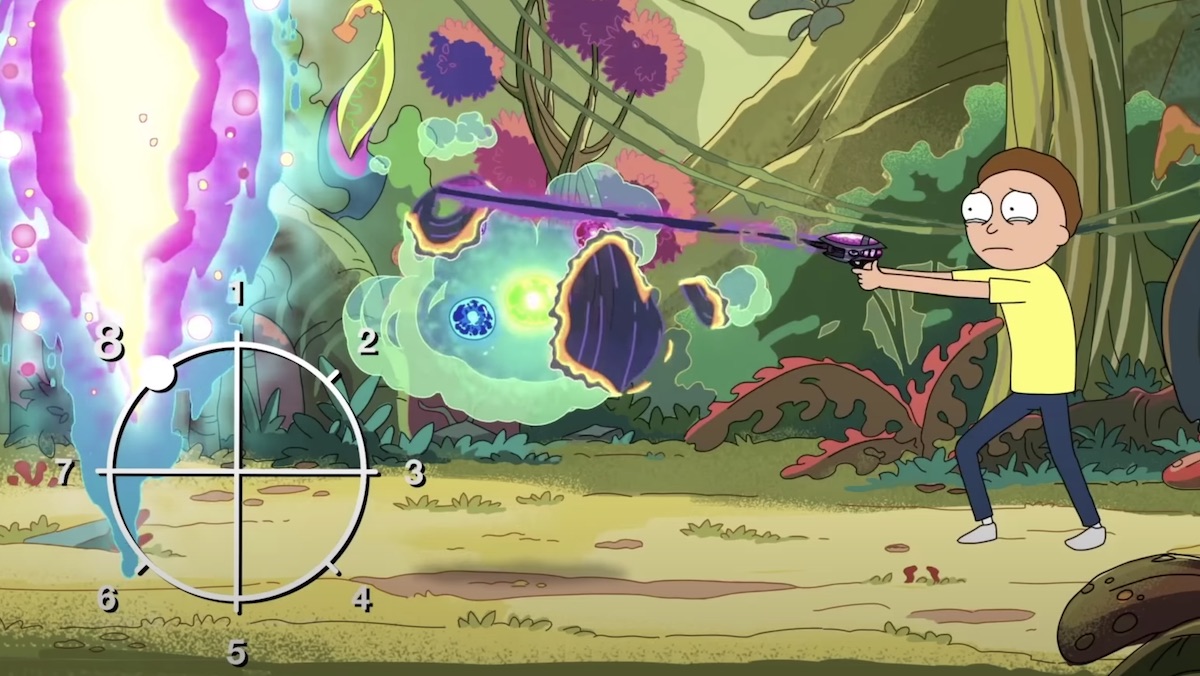 This video highlights how Morty, Beth, Summer, and Jerry are so different from who they were at the start of the series. Every adventure they have been on has actively changed them. It’s why the show continues to grow and evolve, and that has helped keep it one of the best written programs on television.

Good thing it’s not a story square. Circles move much faster, and they already take too long writing new episodes.