Early in Rick and Morty‘s fifth season, it seemed like the show might never give us any answers. Well never mind that. Instead, it gave us all the answers. The season five finale, “Rickmurai Jack,” showed us Rick’s entire backstory, the origins of The Citadel, the truth behind the Central Finite Curve, and the culmination of Evil Morty’s plan. It was a lot. Don’t worry if you felt confused at times, we’re here to serve as your own personal Morty and help. Here’s everything we learned from the Rick and Morty finale along with what it all means for the future of the show. 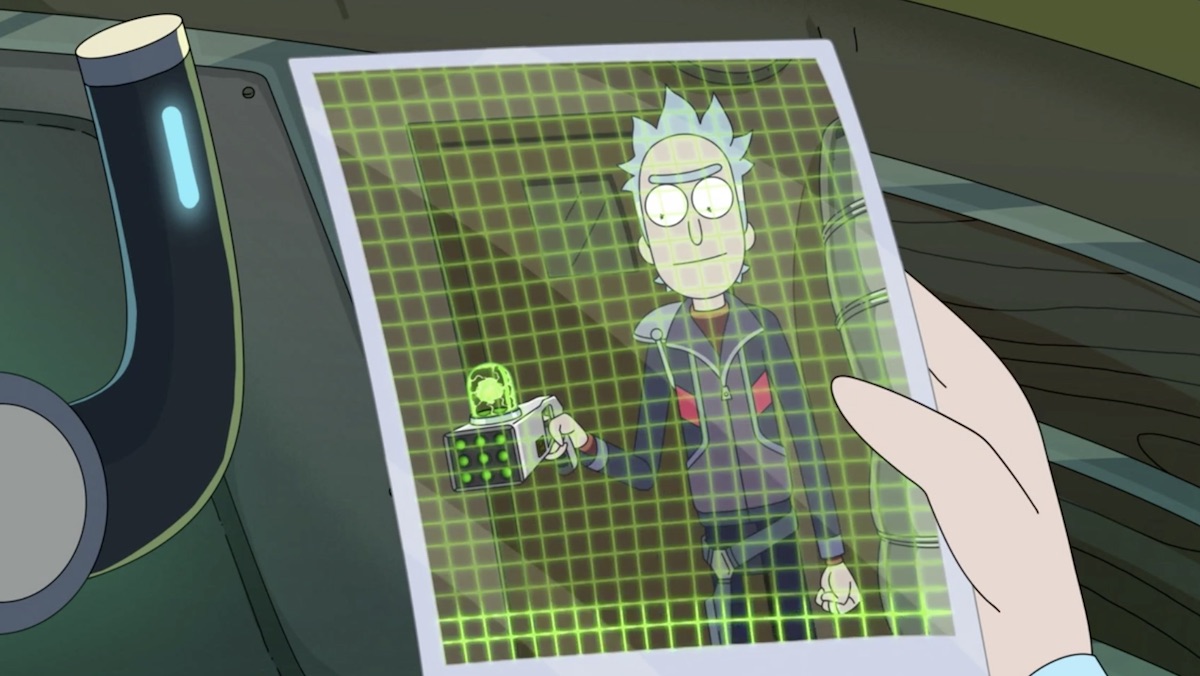 Bird Person once said wubba lubba dub-dub means “I am in great pain.” Now we know why Rick says it all the time. His full backstory is a bleak one. The fake memory he showed the Federation in the season three premiere was mostly true. A Rick from another dimension showed up in his garage offering him intra-dimensional technology. Rick C-137 (the show’s main Prime Rick) turned down his alternate dimension copy, saying that kind of life sounded lonely. But instead of taking “no” for an answer, Murder Rick dropped a bomb into the garage, killing Prime Rick’s wife and daughter.

Unlike the fake memory he showed the Federation, what followed felt much sadder. And much slower. In the fake memory, Rick instantly built his portal gun and headed into the multiverse. But that’s not really what happened in Rick’s backstory. What really happened is that a shell-shocked, depressed Rick lived in squalor at his shattered home until one day he decided to build that portal gun. He started visiting different worlds looking for the man who murdered his family. In his quest for vengeance, he became an arms dealer to acquire a crystal that helped him access his own memory. It gave him a full scan of the specific Rick who ruined his life.

During his journey through the universe, he found Bird Person. The show revealed their younger exploits earlier in season five. They fought the Federation, but their time together ended after the Battle of Blood Ridge. Rick went into the multiverse alone. Then his quest for revenge truly took shape. He discovered the location of an alliance of Ricks and began murdering every member there. He didn’t find the Rick he sought though. And before he could gather the data needed to locate Murder Rick, another Rick in his dying moments destroyed the information C-137 sought. A sad Rick returned to his home where he began drinking and killing every Rick who came looking for him.

Rick’s backstory only intensifies from there. The alliance of Ricks planned to destroy C-137 before he could kill again. Instead, he nearly wiped them out. The remaining survivors pledged fealty to Rick and together they built The Citadel. It was the only way to maintain peace among Ricks. But C-137 left it behind. Instead of ruling over a bureaucracy of Ricks, he found a universe where Beth lived. It was with his adult daughter that Rick found his Morty, the one he’s had adventures with for five seasons. (Though not the Beth, Jerry, and Summer whose home he crashed into. Rick and Morty left them behind when Rick Cronenberg’ed that world. They moved to an exact replica of their own world and replaced its recently deceased Rick and Morty.) 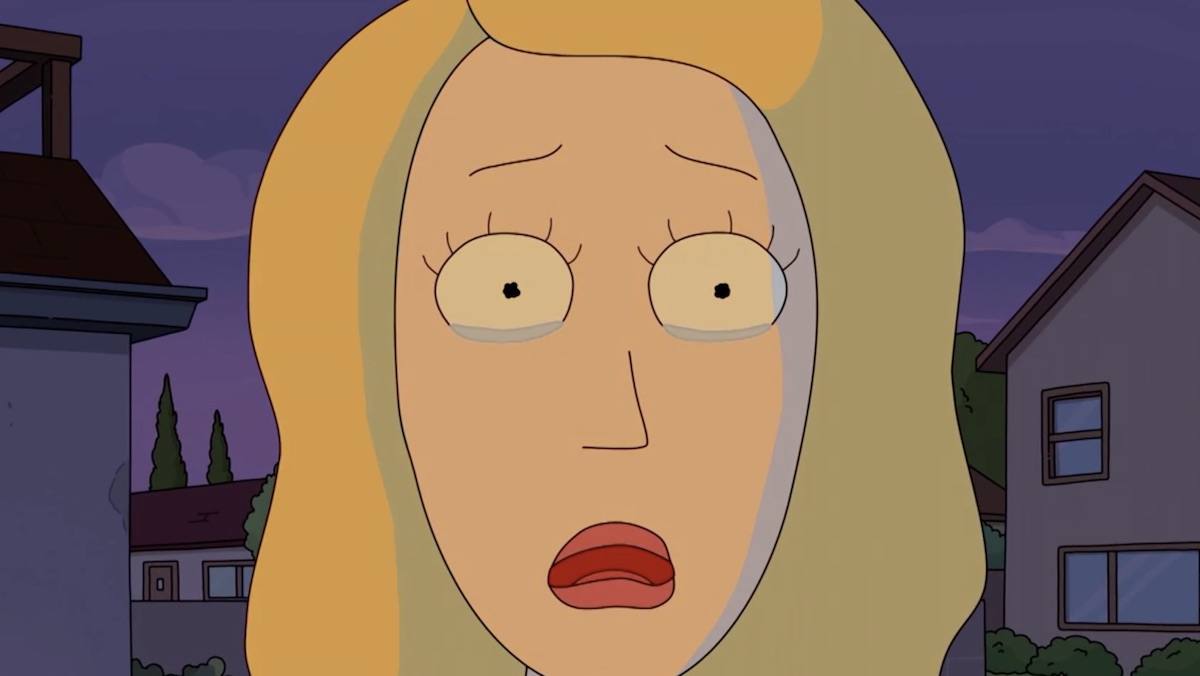 Rick is a sad, lonely man who has yet to find the Rick that killed his wife and daughter. He didn’t want the life he leads, but pain is all he knows. Once his loneliness was too much to bear he found a family to be with. Whether the backstory that the Rick and Morty finale lays out is “stupid” or makes him a “crybaby” is open to interpretation.

The Citadel and the Morty Market

Evil Morty explained how Rogue Ricks used tortured Mortys to hide themselves from The Citadel of Ricks—a scheme first seen in season one in Evil Morty’s debut. That strategy worked so well that it inspired the denizens of The Citadel. It became a “Morty Market.” Ricks, eager to create more grandsons, started manipulating teenage Beth and Jerry to get together in almost every world. They also began breeding Mortys in a mass Morty production. Making Mortys was easier than scouring infinity for “naturally occurring grandsons.” 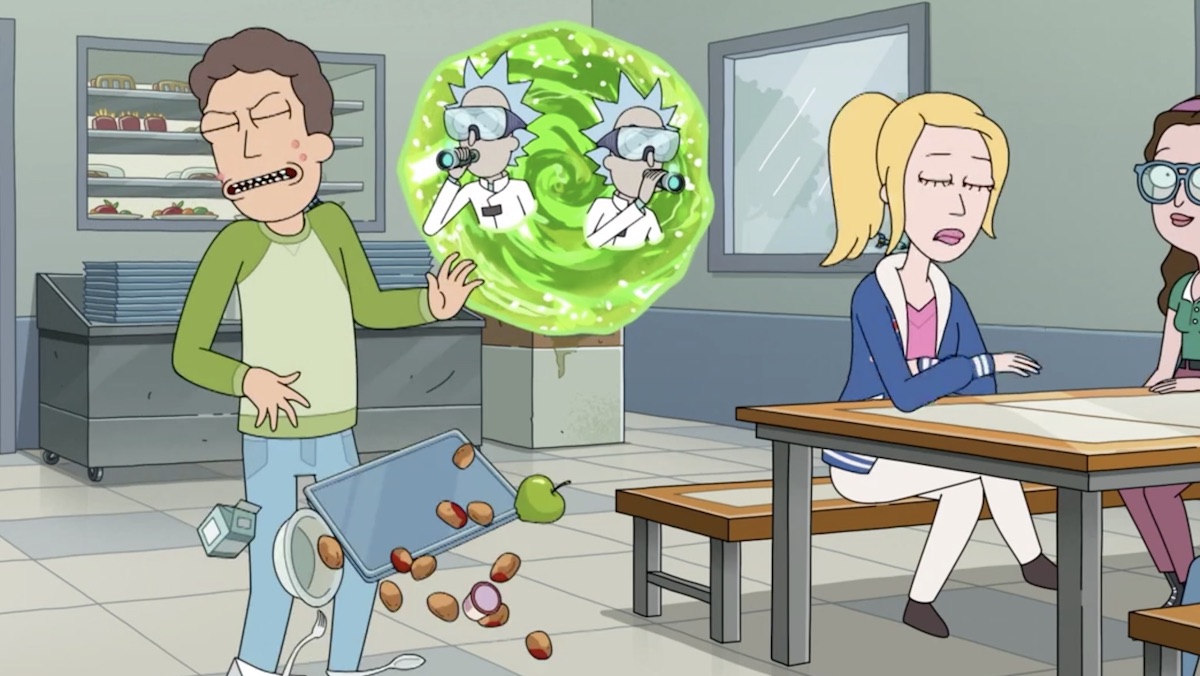 If that sounds horrific it’s because it is. Evil Morty explained why while trying to show Prime Morty why he rejected their role in this nightmare.

As Rick realized himself, Mortys are also bred for forgiveness. It’s key to keeping them compliant and loyal to their Ricks. A necessary trait when Ricks are generally assholes who treat grandsons like disposable commodities with an endless backup supply. This is definitely one of the darkest aspects of the Rick and Morty finale. 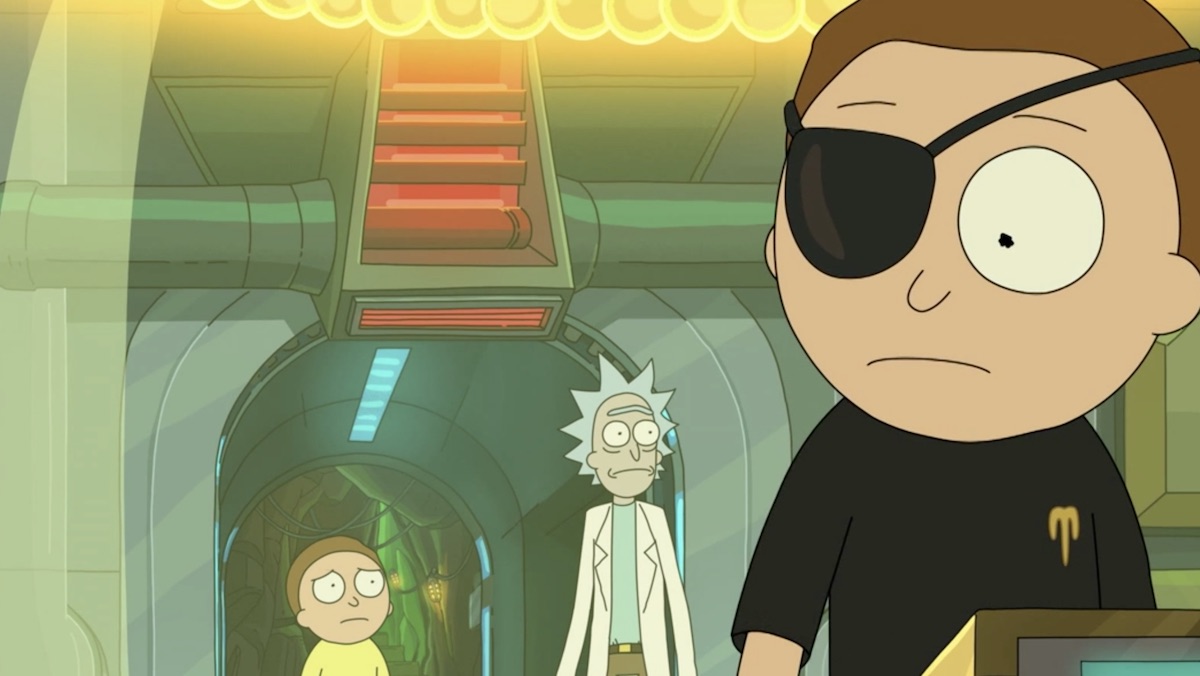 What Is the Central Finite Curve? A Wall Between Realities

The show made passing references to the Central Finite Curve previously—most notably in explaining how far from its center a particular Rick falls. Rick C-137, “the Rickest Rick,” sits right in the middle. He is the exact center of this previously unexplained concept. But every Rick within the Central Finite Curve has one thing in common: they are the smartest man in their own universe. Not because Rick is naturally the smartest man in every universe though. The Ricks of the Citadel simply separated themselves from all the infinite universes where they aren’t. 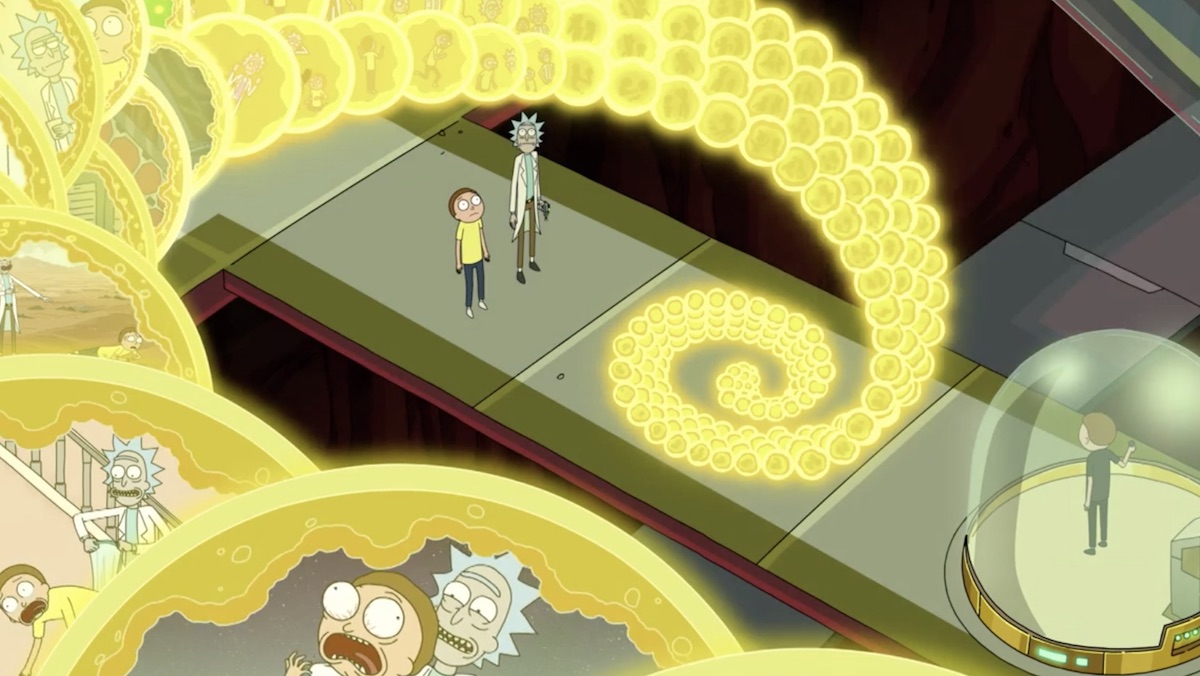 Rick, every version of him, exists within the Central Finite Curve. It’s an infinite portion of an infinite universe. It keeps Ricks from ever having to deal with a foe smarter than themselves. They dominate this portion of the multiverse.

The result makes it so every version of Morty that has ever existed “has spent every version” of all their lives “in one infinite crib built around an infinite f***ing baby.” The Central Finite Curve keeps Rick in a protective cocoon. It also keeps every Morty in a cage of servitude. At least it did. 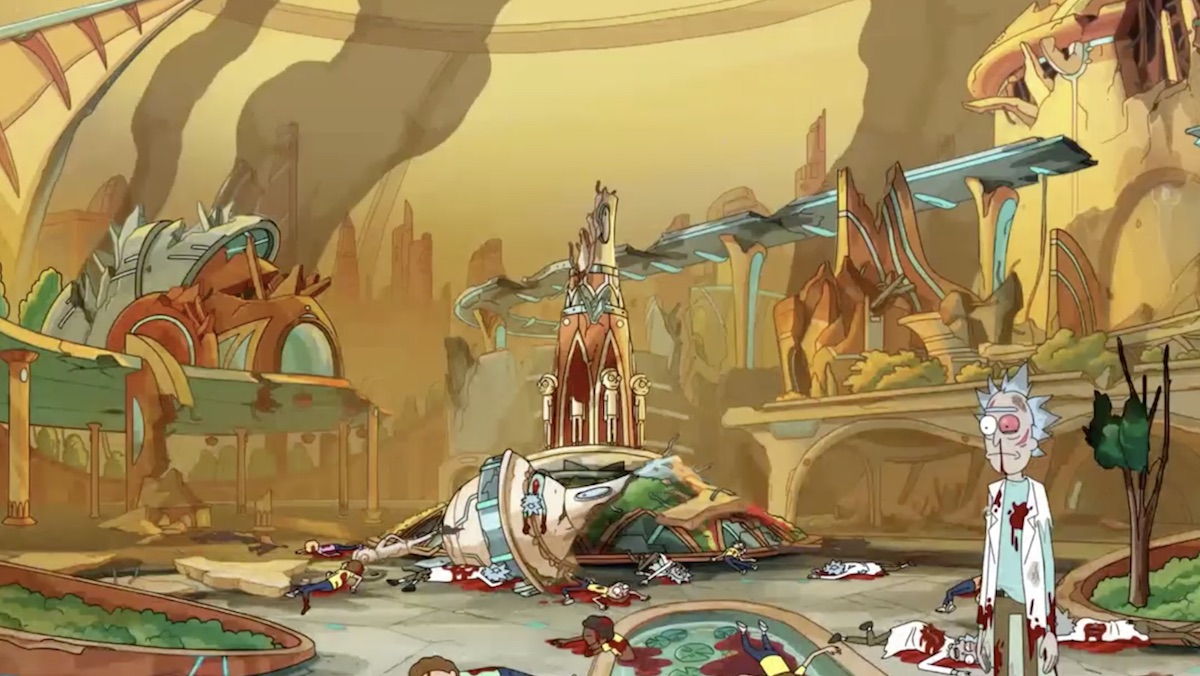 President Morty’s evil plan all along was simple: escape the cage Ricks built for him. He killed a lot of Ricks and a lot of Mortys, but ultimately all he wanted to do was get to the other side of the Central Finite Curve. To the part of the infinite multiverse free of Ricks’ control over his kind’s existence. He said that’s what made him evil, “being sick” of his grandpa. And any Morty who ever grew tired of Ricks’ bulls***t was also evil.

But how could Evil Morty escape? To break through the Central Finite Curve Evil Morty needed the schematics to the Citadel’s dimensional drive. And to get that he needed to finish his scan of Rick’s mind, which he began in season one. That’s when President Morty used a fake Evil Rick to capture Rick C-137. Getting elected and taking control over the Citadel was the only way to make that information useful. 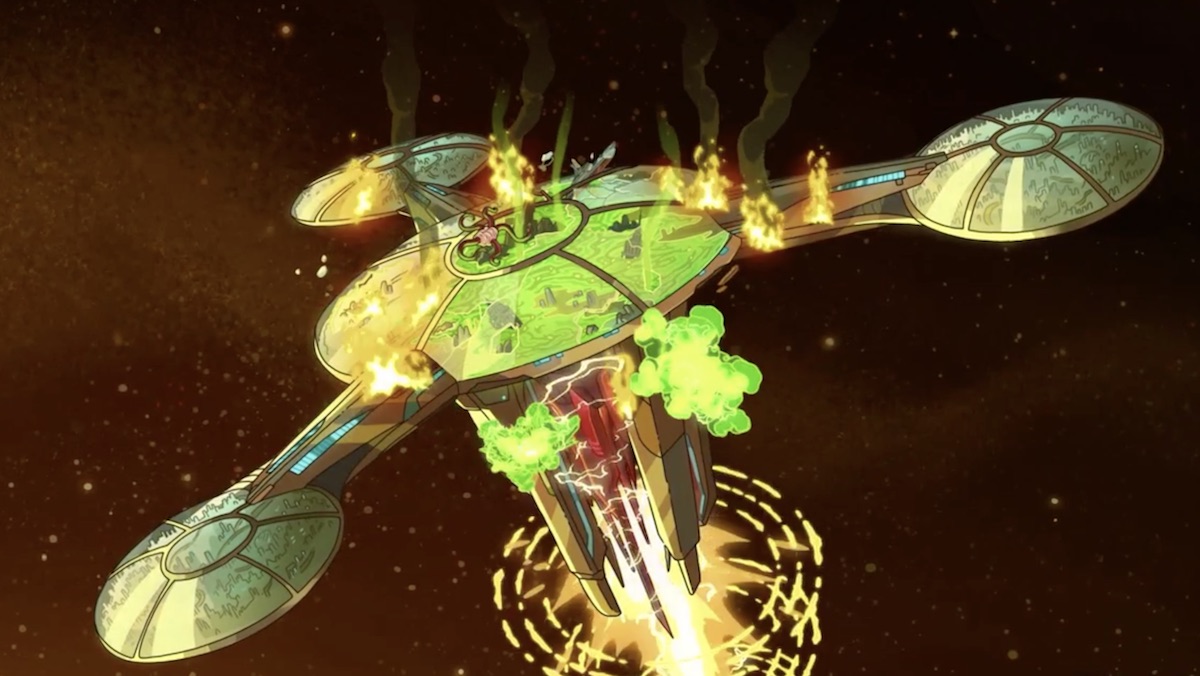 Before he left this part of the multiverse behind though, he made sure to kill as many Rick and Mortys at The Citadel as he could. He hacked The Citadel’s portal gun fluid. Anyone who used that tainted green goo met their demise. Each gun opened to a dimension of instant death. Those who tried to escape via the previously established Operation Phoenix—seen in the season four premiere—died instantly when their new bodies got blended into bloody milkshakes. And those who didn’t try to escape at all got swept up in a tidal wave of killer portal gun fluid.

Rick and Morty survived with a number of other Mortys (including many deformed slave Mortys) when they ran to Mortyburg and broke free of The Citadel moments before the portal fluid totally destroyed it. By working together, Rick and Morty avoided the black hole that ate any remnants of the former center of Rick power.

What Happens Next on Rick and Morty? 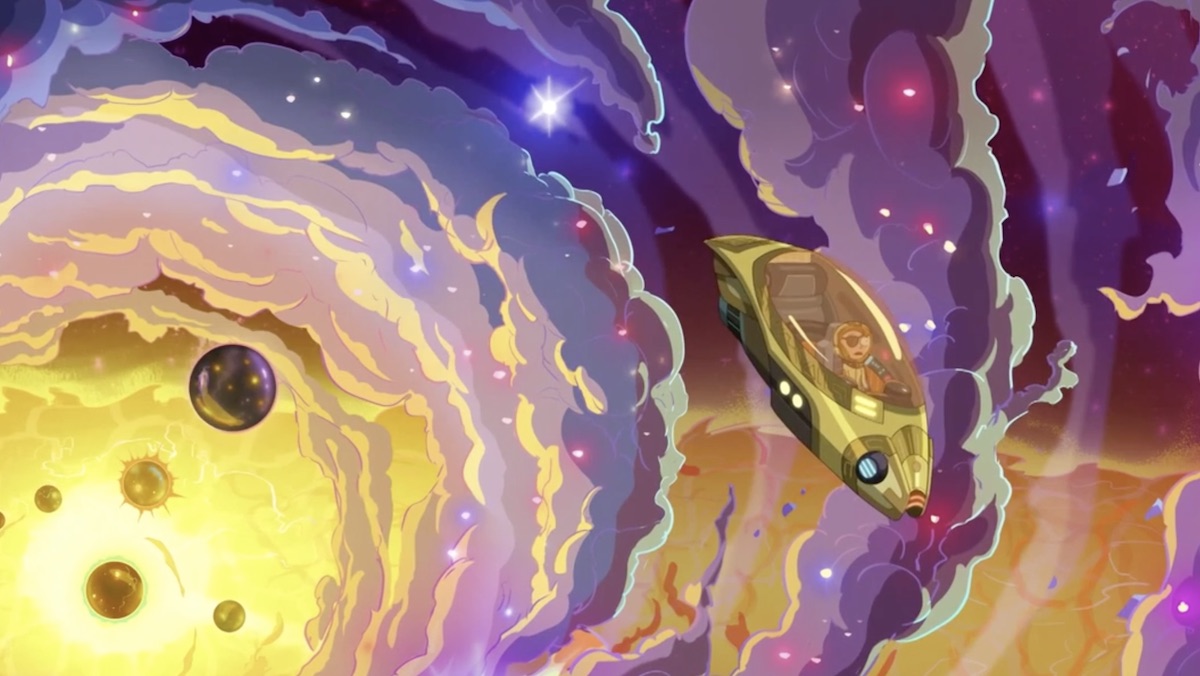 Rick’s meta-commentary during the episode, combined with a cornucopia of canonical lore and the completion of major arcs, points towards the show returning to its early-season format of standalone episodes. But the season five finale still set up big new questions for the series to answer.

Rick C-137 never found the Rick who killed his wife and daughter. For all we know he’s still out there, and the show’s Rick might still want vengeance. We also don’t know Murder Rick’s backstory. Why was he so intent on making a reluctant Rick live that intra-dimensional life too? Why create a powerful enemy at all? Why not be happy with an infinite number of Ricks who chose to travel the multiverse? There’s a lot more to that story worth exploring. 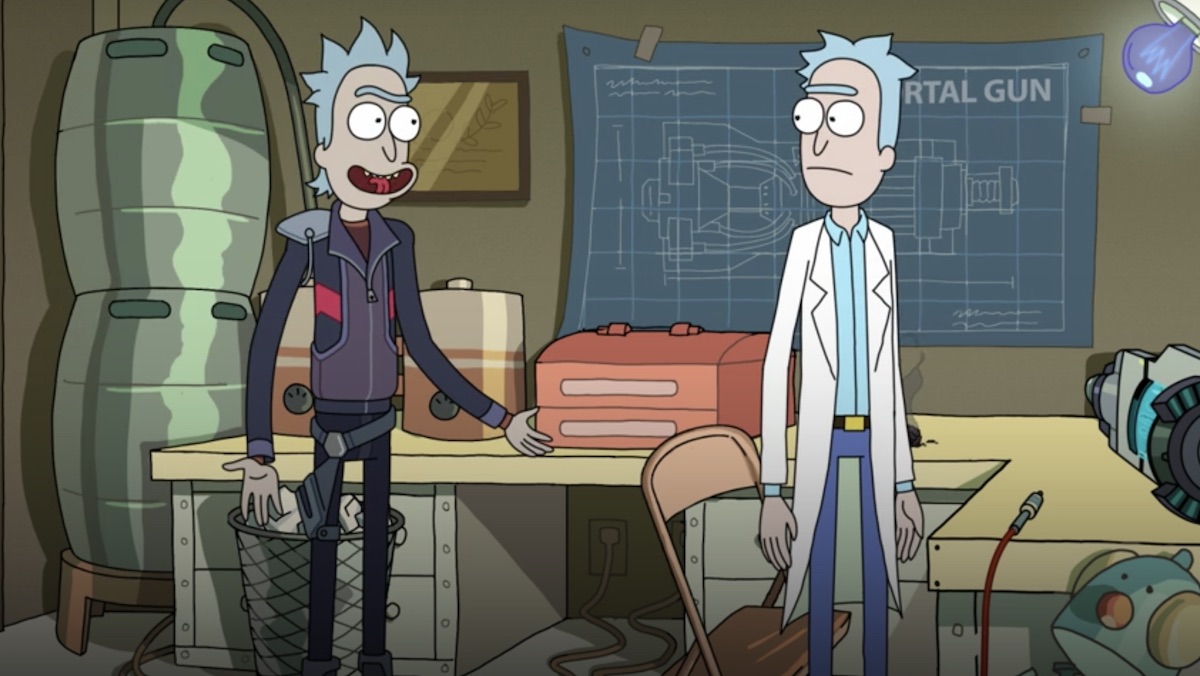 We also don’t know how the relationship between Rick and Morty will change now that Morty knows his grandfather’s entire backstory. Will knowledge free Morty of this abusive relationship? Will the two be on a more equal footing going forward? Or might Morty become disillusioned with his grandfather? What if he develops genuine feelings of sympathy instead? We’re curious to know what will change for the two of them.

The show could also explore what lies beyond the Central Finite Curve. Evil Morty is gone, and we might never see him again. But if we do, what is the multiverse like without Rick as its ultimate genius? What’s life like for a Morty totally free of his grandfather? If the show ever travels back to that beautiful universe on the other side, it will likely be totally different from what we’ve seen before. 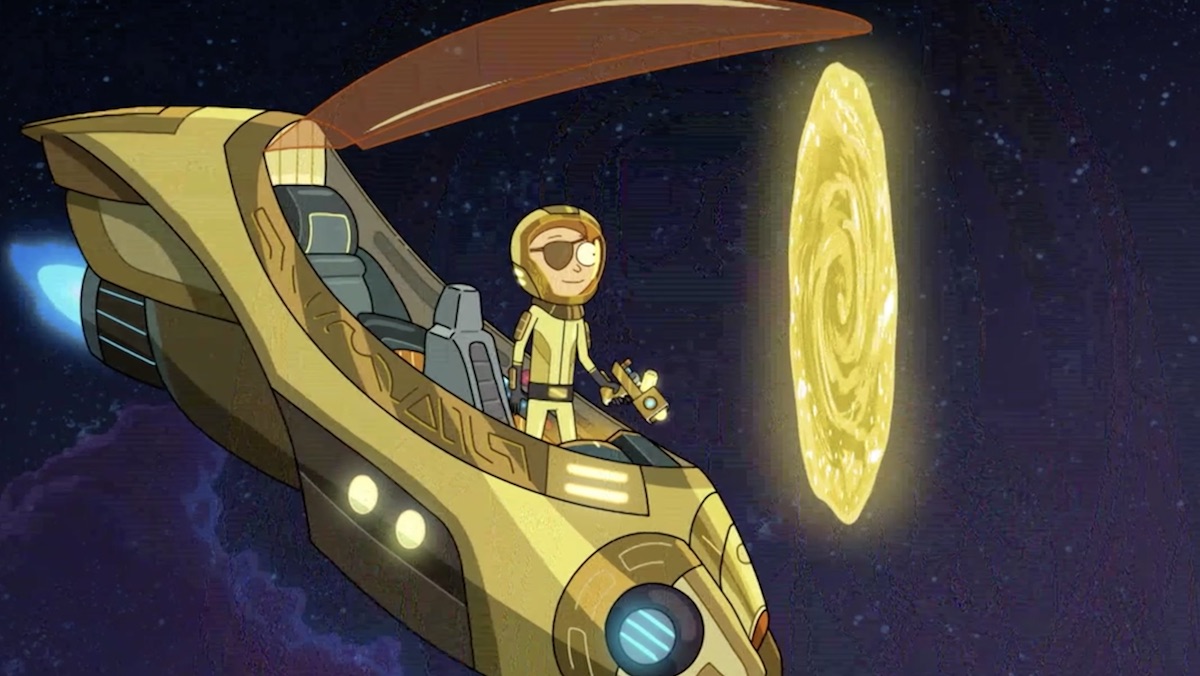 And despite the Rick and Morty finale giving us Rick’s entire backstory, we still have questions about Rick’s dead wife, Diane. Rick might have thought this episode would put them to rest for good, but the biggest of them all still remains: where are the infinite number of Dianes who should still exist in the multiverse? Beth survived in some of them and became an adult. What about Diane? Did she die in every single universe? Is that why we’ve never seen any version of her? Or has Rick avoided ever seeing another version of her again?

Dianes should be out there somewhere. Why haven’t we met any of them? 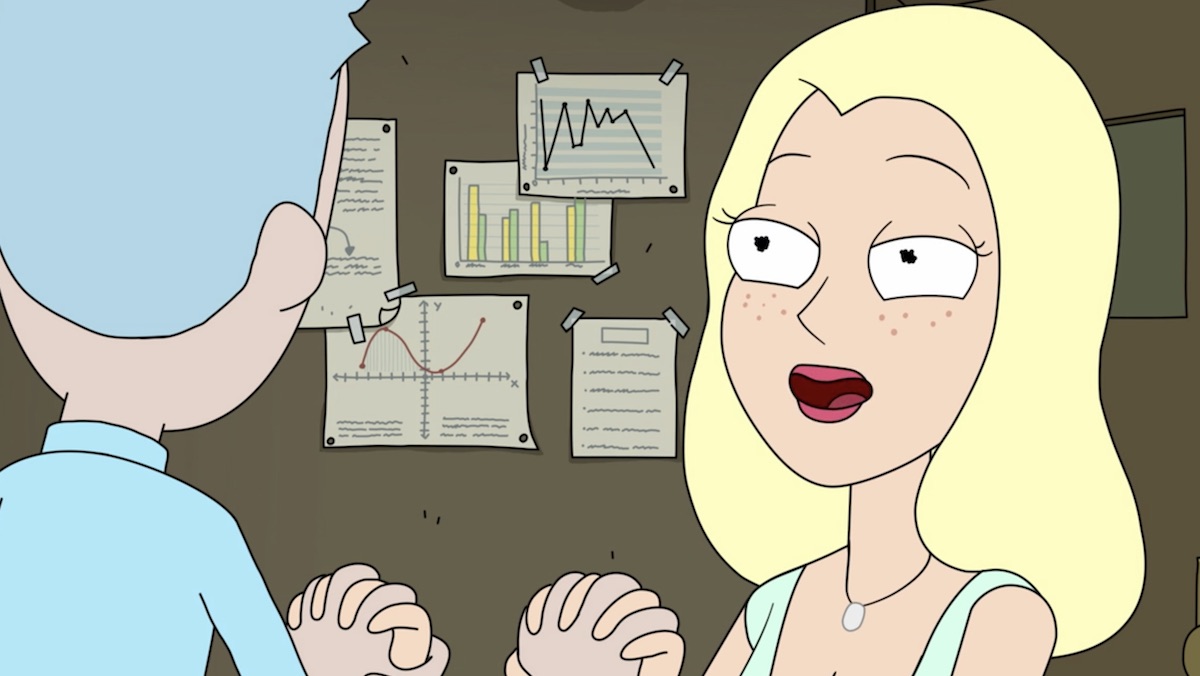 We know almost everything there is to know about Rick Sanchez’s backstory, and his greatest enemy is gone. Only, his true greatest enemy is still out there. As are all new questions about what awaits the show’s titular characters.

Rick and Morty‘s season five finale gave us a lot of answers. But not all of them.

Mikey Walsh is a staff writer at Nerdist. You can follow him on Twitter at @burgermike. And also anywhere someone is ranking the Targaryen kings.