Did you know that most April Fools’ Day “pranks” are terrible? Well, they are. This “holiday” is the absolute worst and we dread it every year. But on rare occasions we come across a gag that is actually entertaining. It’s also easier to find one that really works when you have access to an infinite number of universes, like Adult Swim. The network’s 2021 April Fools’ Day joke is genuinely fantastic. It’s so good we wish it wasn’t a prank at all. Because we would absolutely watch the spin-off series Rick and Morty Babies.

Adult Swim kicked off April 1 with a Muppet Babies-style version of the opening credits from the Rick and Morty. (Which we first came across at IGN.) The network even went to the trouble of changing their YouTube name. It added a “Junior” to really commit to the bit. In this alternate reality, instead of being the smartest grandpa in the multiverse, Rick is a cranky toddler. He goes on adventures with an infant Morty and a little Summer. Only Jerry remains the same age as he is on the real show, because he’s Jerry.

The Rick and Morty Babies credits are based on the show’s actual opening. Here they run away from evil teddy bears, give birth to an elderly Rick baby, try to sneak into movie theaters, and flee in a cardboard ship from an adorable flying monster. (In what looks to be Froopy Land. So please, babies, stay away from anyone named Tommy.)

As much as we enjoy watching toddler Rick dunk baby Morty’s head in a trashcan, our favorite shot is of baby Mr. Poopybutthole. Ooooo weeee, look at how adorable he is with his little baseball hat. He was already our favorite, and now we love him even more. 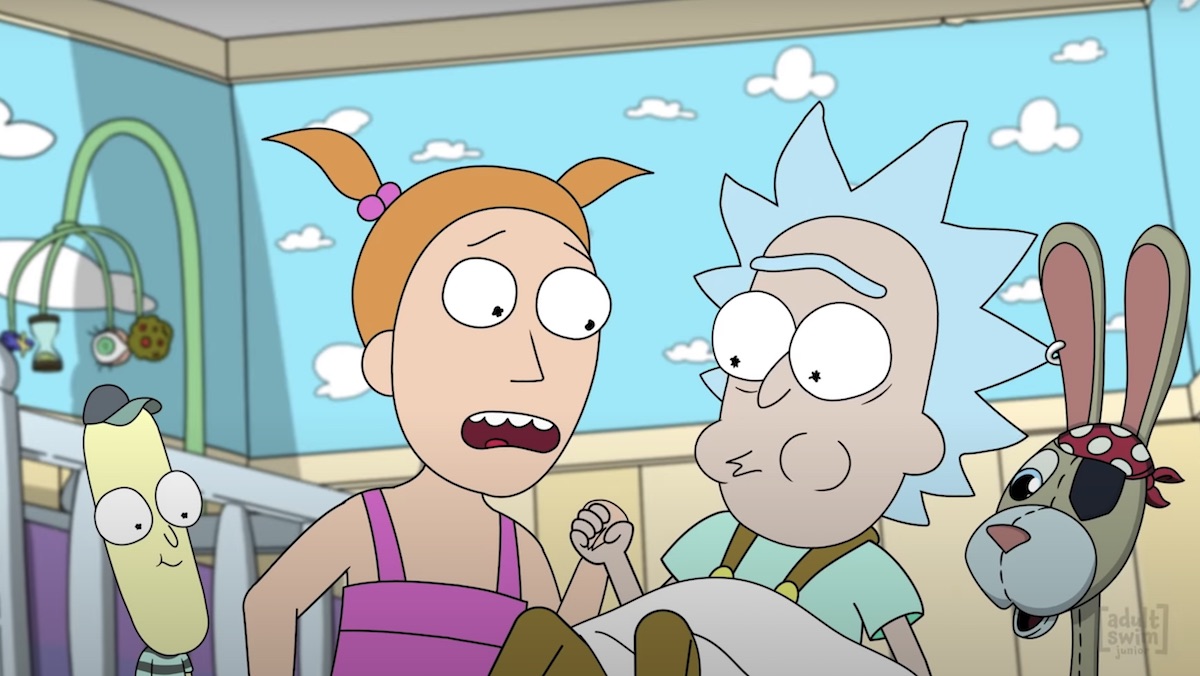 This was already a good week to be a Rick and Morty fan. Adult Swim announced the show’s fifth season will debut this June. That’s a full year faster than it took for seasons three and four to premiere. Now the show has done something even harder than returning in a timely fashion. It has given us an April Fools’ Day prank that is actually good

Except for the fact the joke really is on us. Because now we really want to see this show too.