Over the past 25 years, Resident Evil has reinvented itself in many ways. As great and vast as the evolution of Resident Evil has become, however, there’s a few notable areas where it’s remained stagnant. Like many games, problems regarding diversity, representation, and anti-Blackness all infect the white-centric Resident Evil series. A quarter-century after its launch, there’s still no sign of a cure.

This isn’t to say Resident Evil doesn’t have any playable POC. In Outbreak and Outbreak: File #2, Jim Chapman and Mark Wilkins (two African American men) and Yoko Suzuki (a Japanese American woman) are the big three in a cast of eight. In Operation Raccoon City, playable characters are Japanese, Japanese American, Puerto Rican, Native American of Cree heritage, and African of Shona-Zimbabwean descent. Sadly, this game never reached the heights of the Outbreak duology.

However, the number of POC isn’t the problem; we’re more concerned with how and when the games utilize these characters. Whenever we’re introduced to characters who are POC, they’re plot devices, eviscerated after helping the games’ white leads, or only playable outside the mainline games that don’t expand the world of Resident Evil very much, if at all. 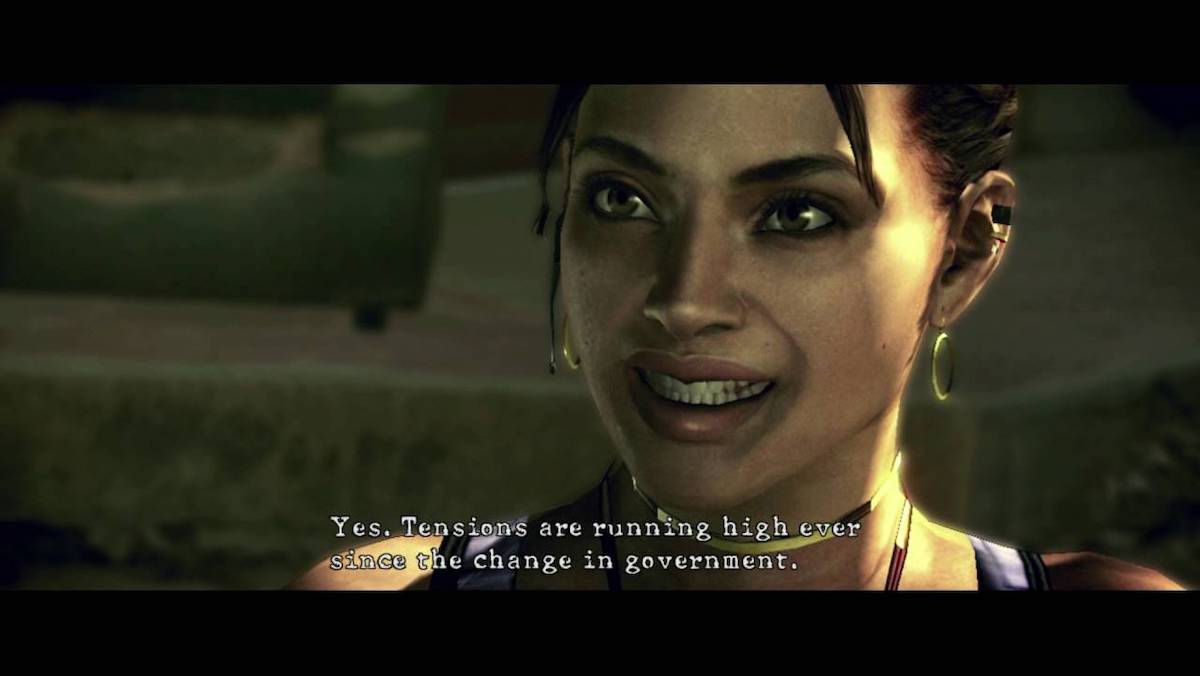 Yes, we’ve had Sheva Alomar (a BSAA agent of West African descent), Carlos Oliveira (a UBCS mercenary of Indigenous South American descent), and Ada Wong (a spy of Chinese American descent) in significant roles. In Resident Evil 5, you can play through the entire story mode as Sheva, but it’s Chris Redfield’s game at its core. Carlos’ role was larger in Resident Evil 3’s remake; nevertheless, we have the same trope of him coming to the rescue of the white main protagonist multiple times. Only to never appear again in later sequels.

Ada appears the most in the mainline series, playable in RE2 remake, RE4, and RE6, where she had her first real campaign since her RE4 side-story Separate Ways. Though her motives are murky, she’s mostly there to move Leon Kennedy from one point to the next. And though she had a campaign in RE6, it wasn’t her game since she had to share it with Chris, Leon, and Jake Muller. Notice a pattern? The games have used all these POC characters as plot devices for white protagonists in some way; they’ve never had games dedicated solely to their own stories.

In hindsight, it could’ve been worse for them. They could’ve died like Marvin Branagh, Tyrell Patrick, Kenneth Sullivan, Rodrigo Juan Raval, and David Anderson (the cop in Resident Evil 7). If you’ve played the games, you’ll notice that all of these names belong to Black male characters. Other than Kenneth, who we found dead in Resident Evil 1, they all died after assisting a white protagonist. 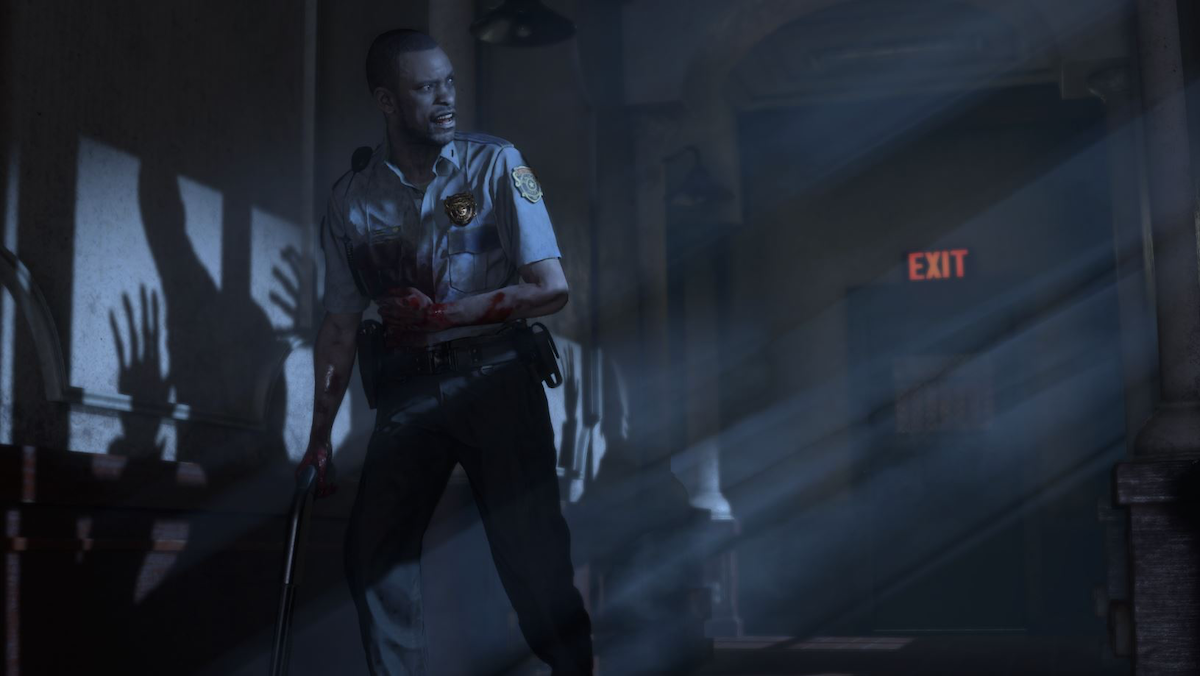 Yes, there are non-Black who have died in similar ways. But when so many Black faces are disposed of like this, I can’t help but give Capcom the side-eye. Meanwhile, Black characters like Josh Stone, Keith Lumley and D.C. have survived, but existed for the same reasons. In the end, it shows how Resident Evil won’t be kind to you if you’re a POC, and you’ll have it even worse if you’re Black.

Similar anti-Blackness plagues Resident Evil 5. With its setting and themes involving Tricell’s exploitation of Africa, it would have benefited a lot more from being Sheva’s game. It takes place in her domain, where her people are dying and her home is once again being ravaged by a European corporation. So why not make her the lead so her story and motivations aren’t overshadowed by Chris?

The game could better flesh her and Josh out, leaving room for Chris to have an Ada-like role. They’d run into him here and there, wondering what he’s up to; remember, he never disclosed his reason for joining an Africa-based mission as a North American BSAA agent. This would’ve given Capcom an opportunity to make better use of Chris’ White Saviorism by writing it into the game. Sheva finding out about Chris’ “personal stake” in the conflict—a white American woman—could create a compelling dynamic between them; all while speaking on the realities of the White Savior Complex. 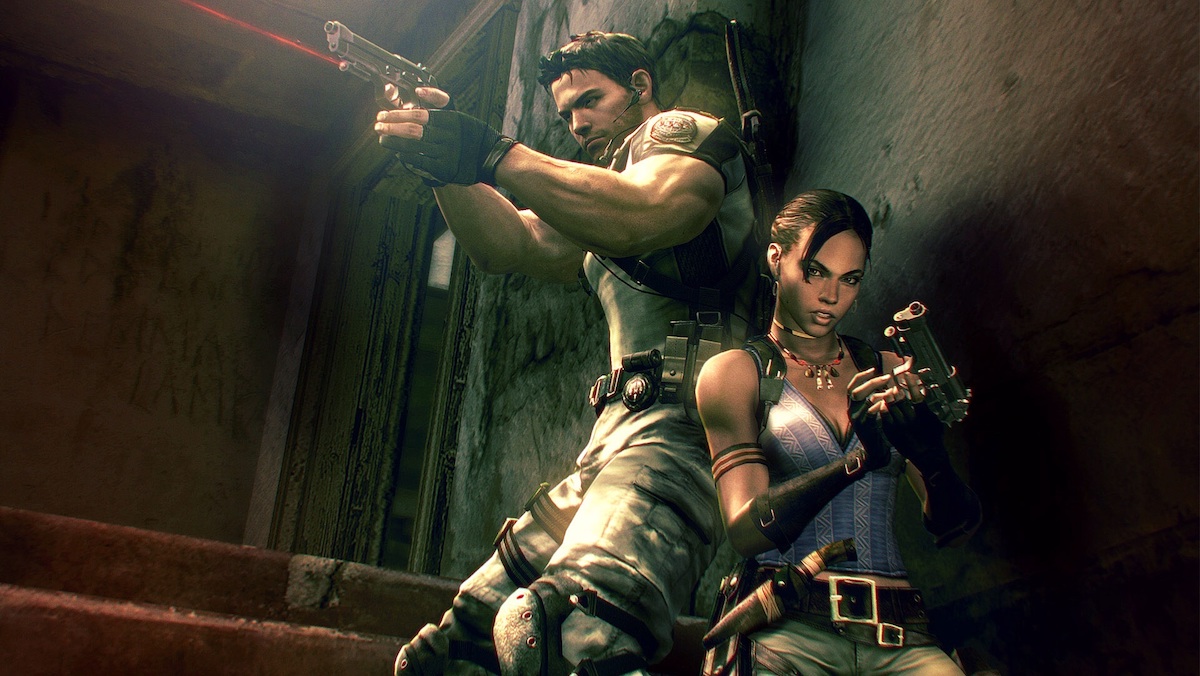 So we aren’t forced to slaughter Africans, alter the enemy types. Plagas could be retconned into something like Molded. That way the people of Kijuju aren’t seen as monsters—in other words, literal stereotypes (see: “The Savage”). If Capcom remakes RE5, with Black creatives heavily involved, a complete reimagining with these ideas in mind could make it work. But this is the publisher that removed their only Black woman character from the box art of later editions. We should keep our expectations in check.

Remake or not, give Sheva another chance. She’s still involved in operations throughout the world; so where in the world is she? If Carlos returned to South America, did he eventually join their BSAA? Could this be where Sheva’s stationed? What else is going on in Ada’s world? She’s involved in all sorts of shenanigans, yet we never see her unless Leon’s in the picture. There’s so much potential being wasted here.

Truth says this: Resident Evil’s characters of color were never given the longevity, spotlight, or care they deserve. It’s undeniable that finally having these characters at the forefront of Resident Evil would take the series to a place it hasn’t been before. If only Capcom could see the value in that, then maybe it could become something much greater during its next 25 years of life.

Rethinking the Visual Effects Category Ahead of the 2021 Osc...

How ETERNALS Could Bring Mutants into the MCU