It’s not only due to the release of a new Venom trailer that lobster is on the brain this morning. The Virginia city of Manassas recently hosted a tale of crustacean liberation, the likes of which not seen since John Mulaney’s iconic Saturday Night Live sketch. A Red Lobster in the Old Dominion found a rarity among its captive crawdads, per CNN; staff members noted one live lobster adorned with orange and black freckles. Now, to the average diner, this may seem like little more than a curio. (Or an uneven tan.) But a skilled marine biologist could tell you straight away—this specimen is a Calico.

Meet Freckles, an ultra-rare (1-in-30M) Calico lobster discovered at one of our Virginia locations! We donated this cool crustacean to the Virginia Living Museum, where we hope he lives a long and wonderful life. pic.twitter.com/5zlYCXZRDP

That term is most commonly associated with colorful cats; but there are calico fish, butterflies, and lobsters as well. And when it comes to the latter, they’re extremely rare. This particular diamond-in-the-rough found its way into a shipment of lobsters delivered to the Manassas eatery on April 25; it arrived by way of the country’s proverbial lobster capital, Maine.

Once the restaurant’s staff took note of the little guy’s distinctive pattern, they reached out to the Akron Zoo for advice. The experts there eventually directed them to the (much closer) Virginia Living Museum in Newport News, VA. The organization has since adopted the calico lobster—dubbed Freckles—and given him a permanent, predator-free home on site. 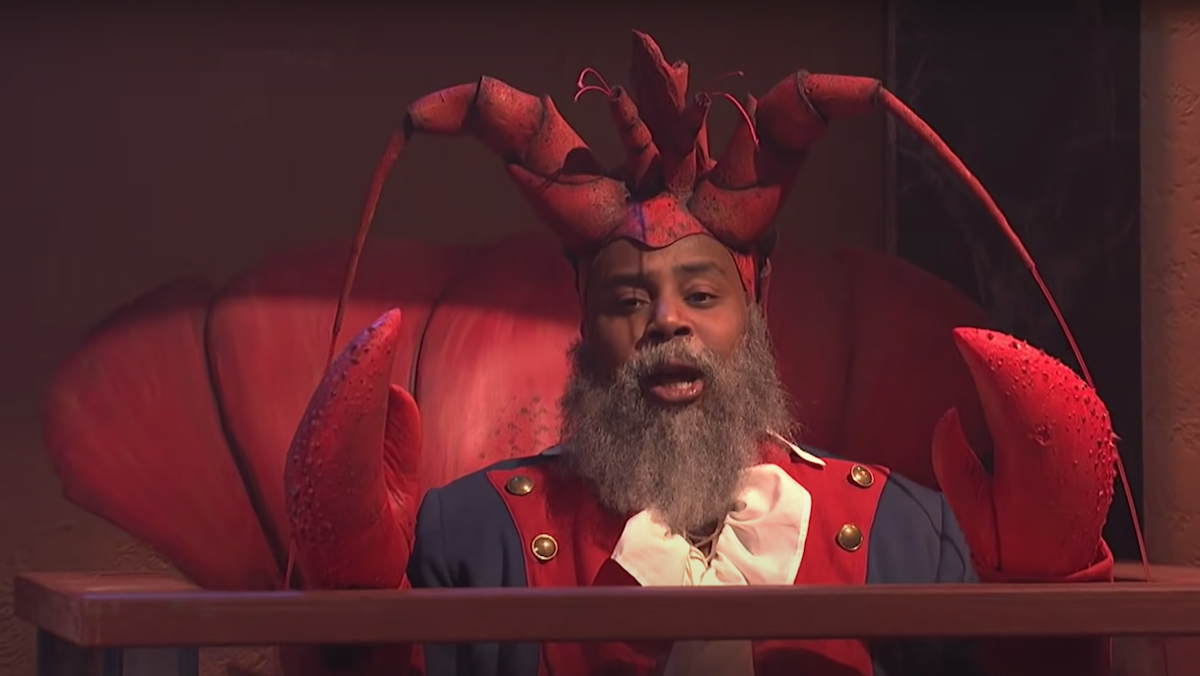 Make no mistake about it—Freckles is truly a rare breed. In fact, National Geographic averages calico lobsters at around one in 40 million. That said, calico ranks only as the third rarest variety of lobster. Rarer still: the albino lobster and the split-colored lobster. The latter indeed boasts a shell split down the middle by coloration; you can read about a relatively recent find over at, again, NatGeo.

We wish Freckles a long, healthy life. And we mean it—lobsters can live up to 100 years! They do not, however, mate for life. Hate to break it to you, Phoebe.