This is one nurse that you don’t want to see. Ryan Murphy’s upcoming horror drama series Ratched falls right in line with the spirit of American Horror Story. Ratched focuses on the sinister antagonist Nurse Ratched from One Flew Over The Cuckoo’s Nest.

The 8-episode show won’t hit Netflix until September 18 but this trailer will certainly cause fan chatter. Ratched stars none other than Sarah Paulson as the terrifying leading lady Mildred Ratched. There’s nothing like watching Sarah Paulson dominate the screen so this series shouldn’t be any different. Cynthia Nixon (Gwendolyn Briggs); Judy Davis (Nurse Betsy Bucket); and Sharon Stone (Lenore Osgood) among others round out the ensemble cast.

It’s always interesting to explore a villain’s origin story. How does a person become so terrible? What’s going on in their minds? The answers usually lie in their pasts.

In the clip, military nurse Mildred Ratched heads toward Lucia State Hospital in 1947. A man asks her why she’s going there and she dresses him down with nothing but her cold and shady words. Mildred Ratched is immediately creepy, stoic, and super suspect but no one seems to pay it any mind. Perhaps it’s her stylish exterior that quells questions. Or maybe it’s the fear she inspires with her gentle voice and icy stare. 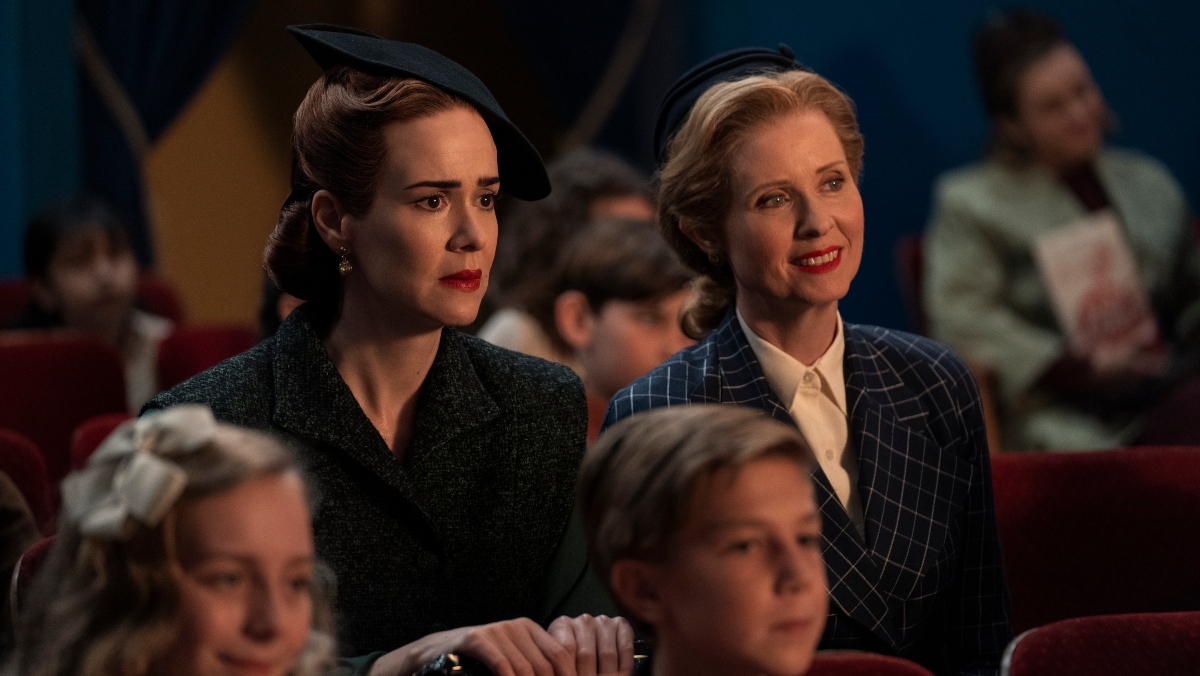 The psychiatric hospital does some very disturbing (and presumably non-consensual) experiments on patient’s minds. She dives right in to the chaos and starts doing some incredibly unethical stuff. The trailer continues with several clips of patient torture and incredibly unsettling interactions between Nurse Ratched and everyone around her. There’s one person in particular who will regret eating a peach.

Nurse Ratched can’t wait to see you in September. Book your appointment and make sure you are on time…or else. (Seriously, don’t make her angry.)