It’s one thing to see an extinct animal’s skeleton in a museum—a terrific way to learn about their lives based on scientific clues and their remains. But it’s not so common to have recorded footage of a now nonexistent animal like the Tasmanian tiger. This creature, also known as a Thylacine, resembles a dog with tiger stripes. Now, the last known images of this animal are available via the National Film and Sound Archive of Australia (NSFA).

Per Gizmodo, Australian archivists have discovered the last known footage of the animal from Tasmania the Wonderful, a 1935 travel video by filmmaker Sidney Cook. The brief and rare clip shows Benjamin, a male Tasmanian tiger, walking around in captivity. The video is from March 1935, only 18 months before this final captive Tasmanian tiger met his demise.

We have released 21-second newsreel clip featuring the last known images of the extinct Thylacine, filmed in 1935, has been digitised in 4K and released.

Sadly, a voice-over on the video tells everyone what they need to know about the animal’s impending end. The narrator says the Tasmanian tiger is a “dangerous opponent” who is no longer able to live in its natural habitat. Of course, this is primarily due to humans taking over the world. It’s also confirmed that there was only one left in the world, which meant that the captive species would go extinct soon.

In September 2021, the footage got a wonderful update with a restoration. You can now watch this Tasmanian tiger in colorful, 4K action.

According to CNN, there have been several unconfirmed sightings of the Tasmanian tiger over the years. Sure, these animals may be lurking in remote woods somewhere, but there’s no real proof to suggest their existence. Scientists at the Australian Museum replicated the marsupial’s DNA back in 2002, so the species could conceivably return with cloning technology. It would be kind of cool to see it happen, however, Jurassic Park taught us to leave extinct things in the past. 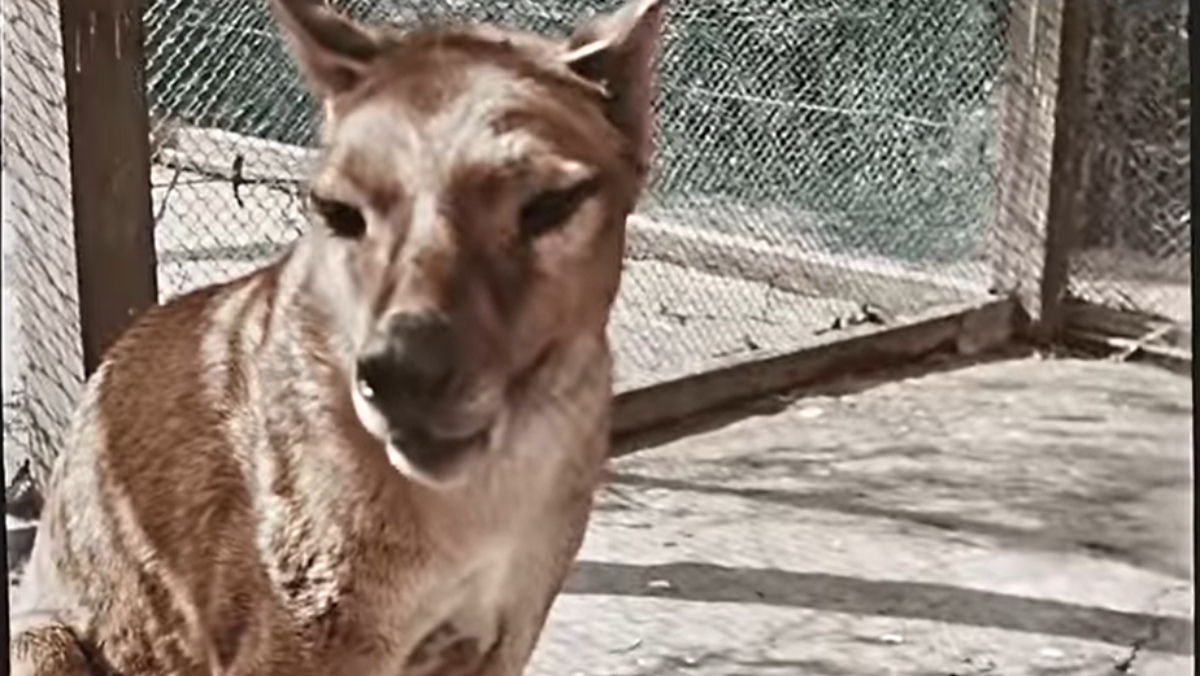 The Tasmanian devil can’t be seen at any zoos, but this is a way for them to live on. Hopefully, more footage will surface so we can better understand this incredible animal.