For long-time fans of Dungeons & Dragons, the term “satanic panic” brings to mind a strange time in the hobby. The game’s popularity was saddled with a darkened reputation.  Writers for the game past and present had to come to grips with the idea they encouraged evil practices. Employees of TSR confronted the allegations head on by fighting multiple battles on the evening news and talk shows. It didn’t help that the most famous account of the game’s influence was a mix of sad fact and movie-of-the-week fiction. Looking back on the time with hindsight often evokes a nostalgic chuckle when the same tactics are applied to the latest popular game that kids obsess over and parents just don’t understand.

But what if the tales were true? 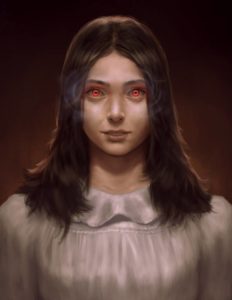 What if a secret war was fought in the 1970s and 1980s between the occult masters of tabletop gaming and the government agents tasked with keeping the public from knowing the truth about gaming? What if every Dungeon Master’s Guide and Fiend Folio hid demon-summoning spells that promise players real life wealth and power? What if the agents protecting the public had to walk a fine line between quietly dealing with corrupted gamers and blowing up a Fiendish Local Game Store with the other kind of RPG to save Peoria? That’s the idea behind Satanic Panic, an RPG from Third Act Publishing that’s just wrapping up its Kickstarter campaign.

Playtest rules are available for backers right now for those groups that like to try before they buy. The game rules are a balancing act between requisitioning equipment using government funding and keeping things quiet. More equipment and bigger guns mean bigger dice to roll and easier success, but bigger numbers on those dice usually mean more attention and collateral damage that can hit the agency right in the budget. Equipment gives the players narrative permissions to kick demonic butt. Character classes offer unique solutions to problems, like the Soldier’s ability to control the collateral damage caused by weapons or the (Reformed) Tabletopper’s ability to use their demonic connection to phase through walls. There’s an easier way, of course: turning to the very books and artifacts meant to be destroyed and risk racking up Corruption. Dallying with these forces affects THE d20, a special d20 on the table whose number reflects how aware the forces of evil have become of the agents activities. If THE d20 ever hits 20, the agents have to deal with demons raining fire and brimstone rather than evil’s weaker agents on Earth. The gates to Hell open and only the agents can blast them shut again.

The Kickstarter runs through March 30 and offers several rewards for backers. Backers who prefer digital corruption can get an all PDF level, while hardcopies for a forbidden library are also available for backers willing to give more. Backers with even more cursed gold to give can book an online session of the game with the creators, with a very generous backer gaining the privilege of getting the design crew to come to their home, hand deliver limited edition leather bound copies of the game and then being put at the top of the list for the government to come get the most vicious tabletoppers out there.

What is your most memorable Satanic Panic experience? Let us know in the comments.