GM Tips is our series to help Storytellers and Game Masters improve their craft and create memorable roleplaying experiences. Last week, we got touched base on conspiracy themed games, and this week we ask what to do when the storyteller themselves has gone mad with power.

Sit around any gaming community long enough, and the topic of power-gaming is bound to come up. Players who toil endlessly over books like a wizard, seeking to inch out every maximum point of DPS to grind monsters to dust. Character optimization takes a priority over backstory for these players, and if it doesn’t, the character class and build often drive the back story. It can be pretty easy to fall into some power-gaming habits, particularly if your table includes little-to-no roleplaying or is a gaming store to pick-up group.

So what happens if your GM is one of these players? Many players eventually take up the mantle as a storyteller and organized play chronicles like Adventurer’s League offer mechanical benefits to players willing to storytell. It should be no surprise that players with a tendency to power gaming end up storytelling. So what are you to do if you find yourself at a table with a Game Master who is dedicated to winning at all costs, takes glee in a TPK, or creates dungeons that seem impossible to solve?

Before we get into the tips, remember, not all power-gaming is inherently bad, and sometimes difficult dungeons can be fun. Gary Gygax himself was notorious for judiciously tough scenarios, and death reigned at his tables. These tips are for GMs and players who are okay giving a game like this a shot. If your players are there for the roleplaying and riveting plotlines, then you need less of a GM and more of a storyteller and perhaps a different table entirely.

Double Check Your Own Rules 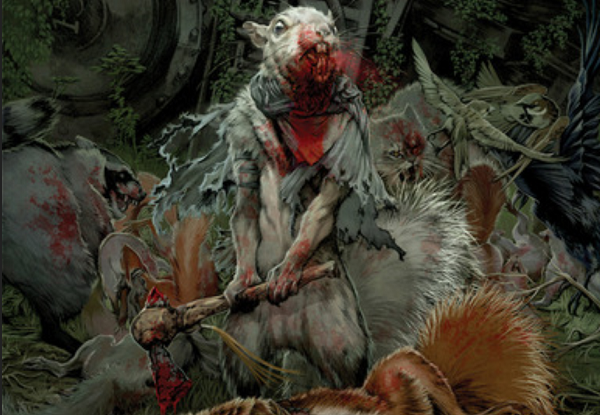 Before you blow your players up with an Explosive Runes spell, or decide that a Dragon’s Acid Breath melts their armor, check your own rules first. The last thing you want to do is piss off your players by being wrong when you are trying to murder them—your entire game session will devolve into rules arguments. I know it seems like a simple tip, but take the five minutes to look over your own monsters, and save yourself a night of headaches.

For players stuck in a meat-grinder, I also recommend you check your rules. Not just the rules on your own sheet (because players willing to enter a meat grinder tend to know their own effects) but also the obscure rules that you never thought to use. Did you know that drowning someone is a really effective way to kill things regardless of hit points? Have you figured out how many ways you have to make a creature prone? Most game masters design difficult modules wanting you to think out of the box. I’ve seen a group of players figure out that exhaustion checks were rather lethal and turned into Faerun’s best long-distance runners as a method to weaken impossibly tough opponents.

Switch To Being Merchants

The meat-grinder dungeon has you defeated; you’ve exhausted all your options, no more resurrections are on hand, and most of your good loot is somewhere in the center. Now might be a good time to become a merchant. For some reason, players are a stubborn lot, never willing to admit defeat or change their course of actions. When something is just too difficult, I’ve seen players try again, and again, and again to defeat the dungeon. As long as the players kept entering, the game master would keep facilitating (they enjoyed the total party kill each time) and the cycle continued. 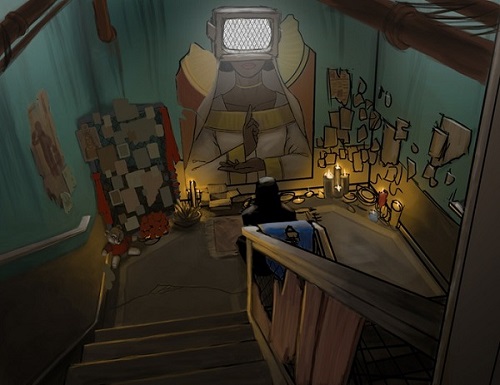 So toss the game for a loop and become merchants, or bards, or innkeepers. Have your characters retire from the adventuring world and do something out of left field. Either the game master will require you to make new characters (in which case you’ll get a chance to try whole new combinations) or you may suddenly find new avenues open to your party that weren’t there before. Even storytellers get stuck in a rut and can often become stubborn themselves, and having your characters change their goals in the game, can be a great way to spark new inspiration in a storyteller who’s gotten a little too hooked on a dungeon of death.

When the Game Master has that famous NPC that will never die, or a dungeon is just way above your characters challenge rating and you feel completely defeated—it’s time to die gloriously. Do not rage quit and flip the table and avoid yelling or pointing fingers. It is not a time to get depressed and moan about your own uselessness manifested on a sheet a paper.

Now is the time to have your character hold their head high and make the most glorious exit possible at that particular moment. If you are really good, have the entire party follow into the gates of hell with you.

There is a reason I suggest this tip as a means of reigning in a game master who went too far. Taking your complaint out-of-game and having a meaningful conversation tends to lead in a cycle of statements such as: “Well your character can do this…” or “I had intended for you to talk to this NPC…” and those are not always helpful. Other times, the point of the dungeon is the challenge and death was always inevitable, so embrace it! If your GM had been heavy-handed and the entire party elects for the glorious death just to kill that sole NPC then that sends a message: one I haven’t seen any GM ignore yet.

Do you enjoy insanely difficult tabletop RPG games? Or have you handled power-crazed world builders in the past? Share your story in the comments below!

Featured Image by: A Hand of Cards by Hugo Cardenas. Art and animations at: Takayuuki.deviantart.com and Youtube