Powered by SUMMER OF 82
by Lindsey Romain

We all know the line. It’s one the spookiest and most famous in all of horror. It’s from the film Poltergeist, and that it comes from Carol Anne Freeling (Heather O’Rourke)—young and blonde and cherubic—makes it all the more terrifying. The “they” she’s referring to are ghosts who’ve come into her suburban house through a portal. And with them has come something known as The Beast, a dark presence that will eventually snatch Carol Anne through her bedroom closet and take her into another dimension.

But before all of that happens, the Freeling home experiences paranormal activity that one can liken to the poltergeists of the film’s title. Poltergeists are known as noisy spirits, prone to physical disturbances: raps on the wall, bent spoons, moving furniture. There have been thousands of real-life reported cases of poltergeist activity around the world. And one such case loosely inspired the film Poltergeist.

Here’s everything you need to know about the Herrmann House and the terrifying things that happened there back in 1958. 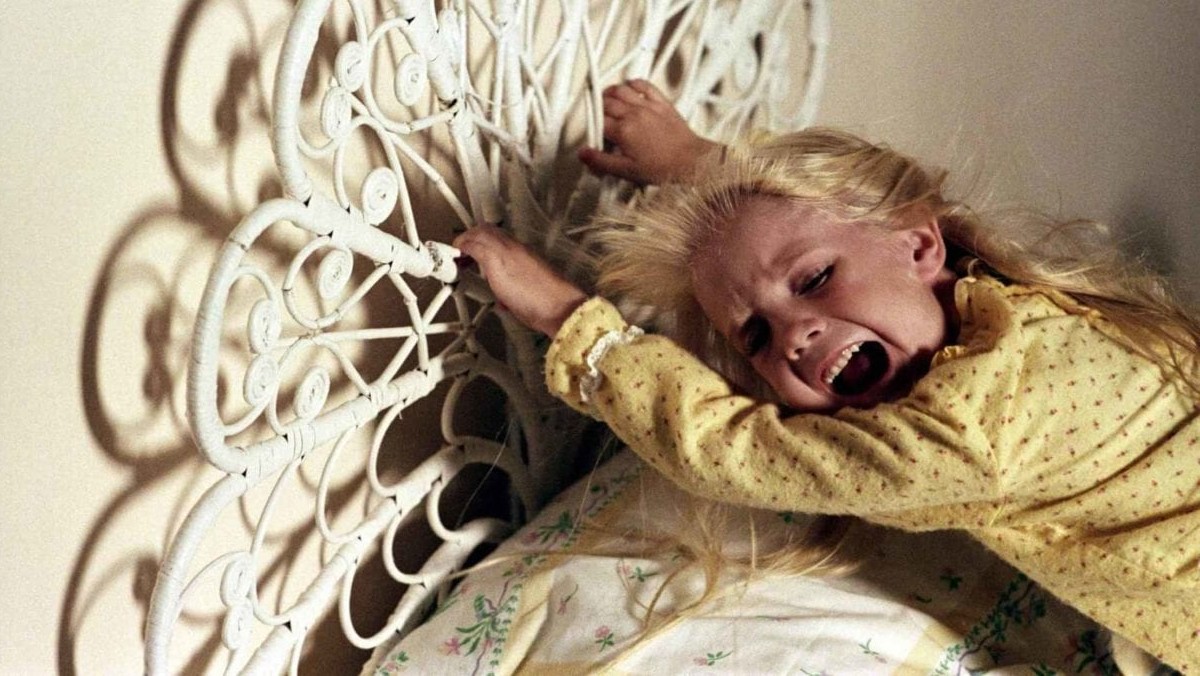 What happened at the Herrmann House?

On the evening of February 3, 1958, a man named James Herrmann from Seaford, Long Island, N.Y., received a telephone call at work from his wife, Lucille. She informed him and she and their teenaged children, Jimmy and Lucy, heard a series popping sounds coming from various spots around the house. When they investigated, they found uncapped bottles of several substances completely upended in many different rooms—including a vial of Holy Water, which spilled all over a bedroom dresser.

Herrmann, skeptical of the whole thing, advised his family to stay calm and to keep the occurrences to themselves. He believed some prankster teenagers got inside and tried to spook the family. It was important to him to keep things under control. But five days later, the same thing happened again. And the next day, it happened again. This time, Mr. Hermmann watched in horror as bottles moved about his bathroom, as if dragged by some unseen hand. This time, he called the police.

When the police arrived, more bottles began popping throughout the home. They performed a series of tests to rule out radio transmissions or electrical disturbances, but the bottles were not warm or otherwise charged. Whatever was happening to them could not be explained with logic. On February 17, a priest came to the home to bless it. 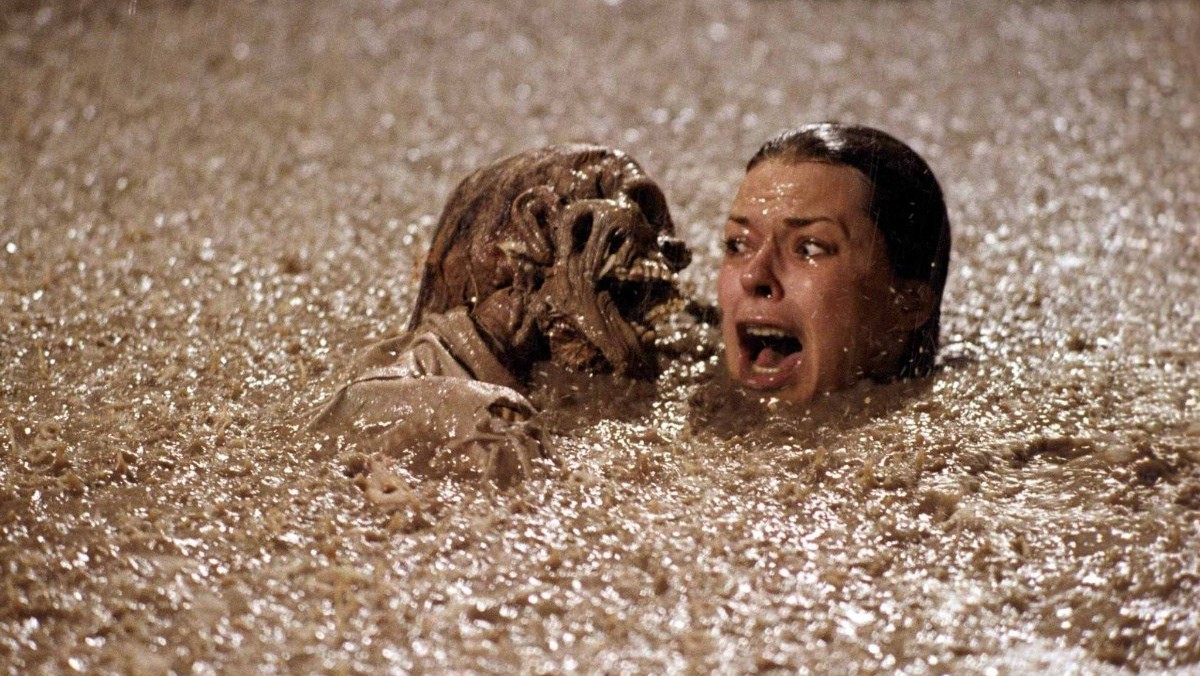 What was the public reaction?

News of the activity at the Herrmann house spread like wildfire and was the subject of an article in Life Magazine. People wrote the Herrmanns letters offering potential reasonable explanations, while others believed the activity to be the result of poltergeists. Whatever the case, more activity occurred, and officers even witnessed the moving of objects this time. To make matters all the more unusual, the Herrmann house was not your typical haunted house; it was a suburban model, purchased new in 1953. The Herrmanns were the only people who’d ever lived there. There was nothing to indicate the unfinished business of some previous tenant. So why did this seem like an otherwise traditional haunting?

That’s what Dr. J.B. Rhine, director of Duke University’s Parapsychology Laboratory, hoped to find out. He approached the Herrmanns after about a month of disturbances. Rhine believed that the presence of the teenage Herrmann children might have attracted the poltergeist activity. (Adolescents are usually present in home where poltergeist activity takes place.) He brought some of his colleagues to the house, and they studied it, interviewing the family and recording some of the mysterious occurrences.

However, shortly after their arrival, the activity ceased. All in all, there were about 70 documented reports of unusual activities in the house between February 3 and March 10. The family eventually moved away. Years later, daughter Lucille appeared in a documentary, Real Fear: The Truth Behind the Movies, which aired on the Chiller network.

(Another home that was the subject of the same documentary, the notorious Amityville Horror House, is only about seven miles away from the Herrmann house.) 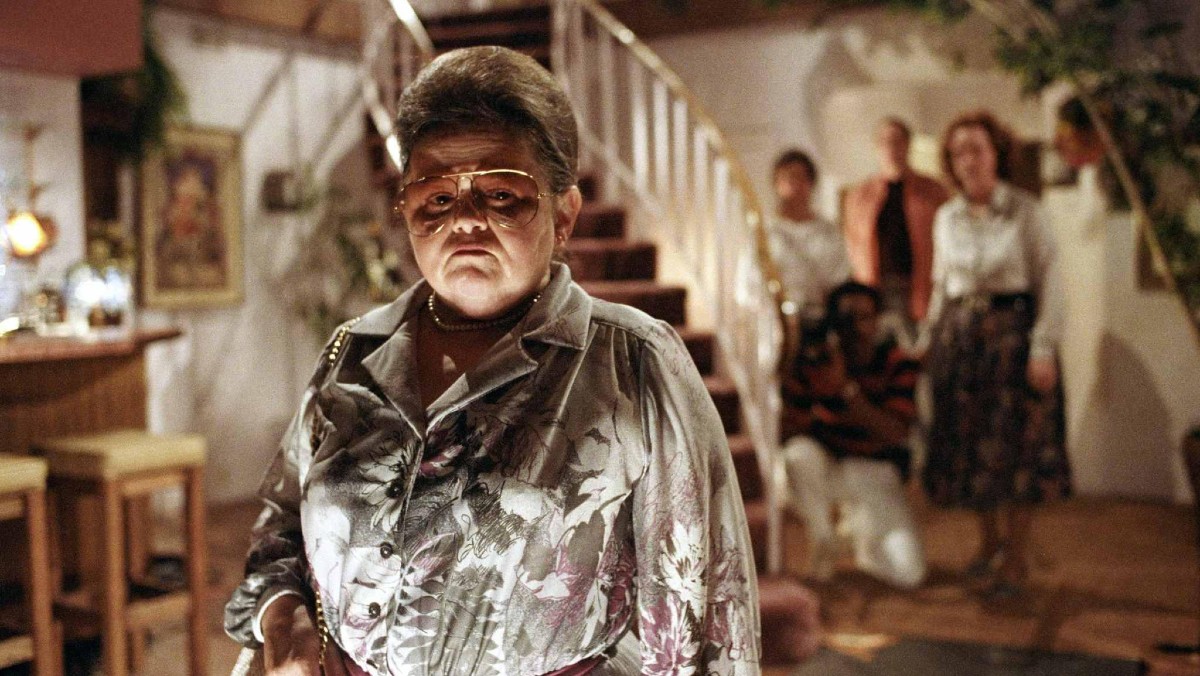 How did the events inspire Poltergeist?

Fans of the 1982 Tobe Hooper-directed, Steven Spielberg-produced horror film Poltergeist will recognize the Herrmann’s story. It sounds similar to what the Freeling family goes through. A young, happy family moves into a new suburban home with their children and quickly notice disturbances—noises, bent utensils, objects moving about. When the activity increases, they seek help from a local university’s parapsychology department, who come to investigate the house. Eventually, fed up with the lack of resolution—and the disappearance of their daughter—they seek out a psychic who helps them “cleanse” the house.

Obviously, Poltergeist is more sensationalized than the story of the Herrmanns. There are physical apparitions, Native American burial grounds, body-chomping portals, and skeletons popping out of the swimming pool. The film is also said to be “cursed. Stars Dominique Dunne and Heather O’Rourke both passed away very young, and other mysterious activity was reported on set. We can’t speak truth to the curse, but it’s definitely a story that follows Poltergeist more than that of the Herrmanns, the real people who loosely inspired the film.

“I never saw ‘Poltergeist,’” Lucille Herrmann told HuffPost Weird News around the release of Real Fear: The Truth Behind the Movies. “I felt I had my own nightmare.”

TAGGED: Based On A True Story, Poltergeist, Summer of 82, Tobe Hooper

Mysteries
Which Agatha Christie Books Have Movie Adaptations? (And Where to Stream Them)
Rosie Knight
7 MIN READ