It’s time to brush the rumors to the wayside–The Pokémon Company has finally announced the Pokémon Sun and Moon legendaries. It’s a big day for Pokéfans, as each game’s unique legendary Pokémon has a huge impact on which version you’ll pick up on launch day. In a brand new trailer (check it out above!), we get a first look at the new legendaries, some of Sun and Moon’s main characters, and fun new features coming to the game. 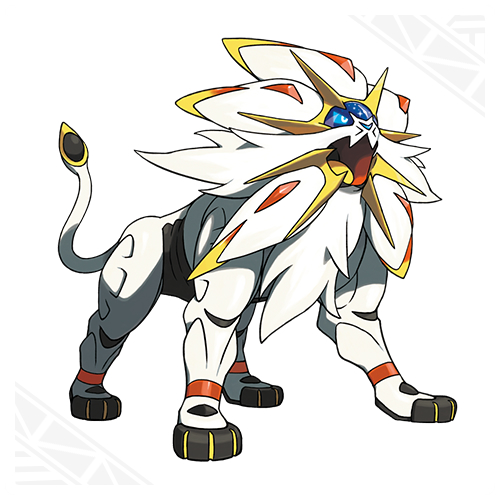 First on the roster is Solgaleo, a Psychic/Steel type Pokémon, often referred to as, “the beast that devours the sun.” It’s signature move is Sunsteel Strike, which calls on Solgaleo’s immense power to attack with the force of a meteor. This move also ignores the opposing Pokémon’s personal Ability, making it all the more powerful. Solgaleo’s own Ability is Full Metal Body, and it blocks the Pokémon’s stats from being lowered by an opponent’s attack or Ability. 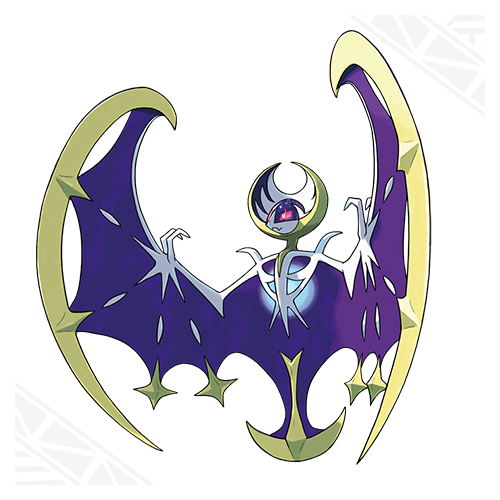 Lunala, as you might have guessed, is exclusive to Pokémon Moon. This mysterious looking Psychic/Ghost type is sometimes known as “the beast that calls the moon.” Lunala’s signature attack is called “Moongeist Beam”, aiming a deadly beam of light at enemies, totally cancelling out any opposing Pokémon’s Ability. Lunala’s own ability is “Shadow Shield”, means the Pokémon will take less damage from any attack when it has full HP.

These Psychic dual types are looking mighty tempting. You probably can’t go wrong with either legendary you end up choosing. The trailer also revealed more of the land of Alola, which is loosely based on Hawaii. We also caught a first glimpse of Lillie, the professor’s assistant, and Hau, one of the main character’s best friends. Pokémon Sun and Moon will see the debut of the Rotom Pokédex, which has its own personality and provide the player with some handy advice. The Pokédex’s new QR Scanner will even let players scan QR codes to register Pokémon in their ‘dex and find out where they can be caught.

In celebration of all of this juicy Pokémon Sun and Moon goodness, fans have been getting pretty creative. While you’d expect most fans to be thrilled by the chance to collect new Pokémon, it’s really the newest Pokémon professor that has folks in a tizzy. It seems Pokémon X and Y’s Professor Sycamore’s time in the spotlight has come to an end.

Enter Professor Kukui and his dazzling pectoral muscles (our new friend Kukui cannot be confined to silly things like shirts). Once the fan base found out about Kikui, social media was flooded with an impressive array of fanart (a lot of which is most definitely NSFW) dedicated to the new be-muscled professor. You can check out some of the tamer pieces below.
http://cloveochai.tumblr.com/post/144379625907/please-wear-a-shirt-when-walking-children-in

Pokémon Sun and Moon is out on November 18 for 3DS. Which legendary will you spend your coveted Master Ball on? Let us know in the comments!

Save the Universe from Destruction in Glorantha: The Gods Wa...