There Is Now a Pod Machine That Makes Ice Cream - Nerdist

There Is Now a Pod Machine That Makes Ice Cream

I’m not sure many science fiction writers guessed “pods” were the future of food. Tiny capsules? Sure. Star Trek‘s replicator? That still seems inevitable. But right now it seems Keurig did more than just provide an easy way to make a quick cup of coffee. There has been a deluge of machines employing the same general technique, including ways to make fast cocktails and even cookies. And now you’ll even be able to whip up an icy treat with little more than the push of a button. A new device lets you make your very own soft serve ice cream and other frozen foods and drinks, all from a pod.

ColdSnap (which we first heard about at Gizmodo) is the latest device to hit the ever-growing pod-based contraption market. It can quickly make soft serve ice cream (both dairy and non-dairy), frozen yogurt, frozen smoothies, frozen protein shakes, frozen cocktails, and even frozen coffee.

All you have to do is select the pod you want. They are long, thin cans. Pop it in the machine, and after 60 to 90 seconds you have a chilled treat. The company says the entire process not only requires no prep, it doesn’t require any cleaning either. Pod ingredients dispense directly to the bowl, leaving the machine untouched. 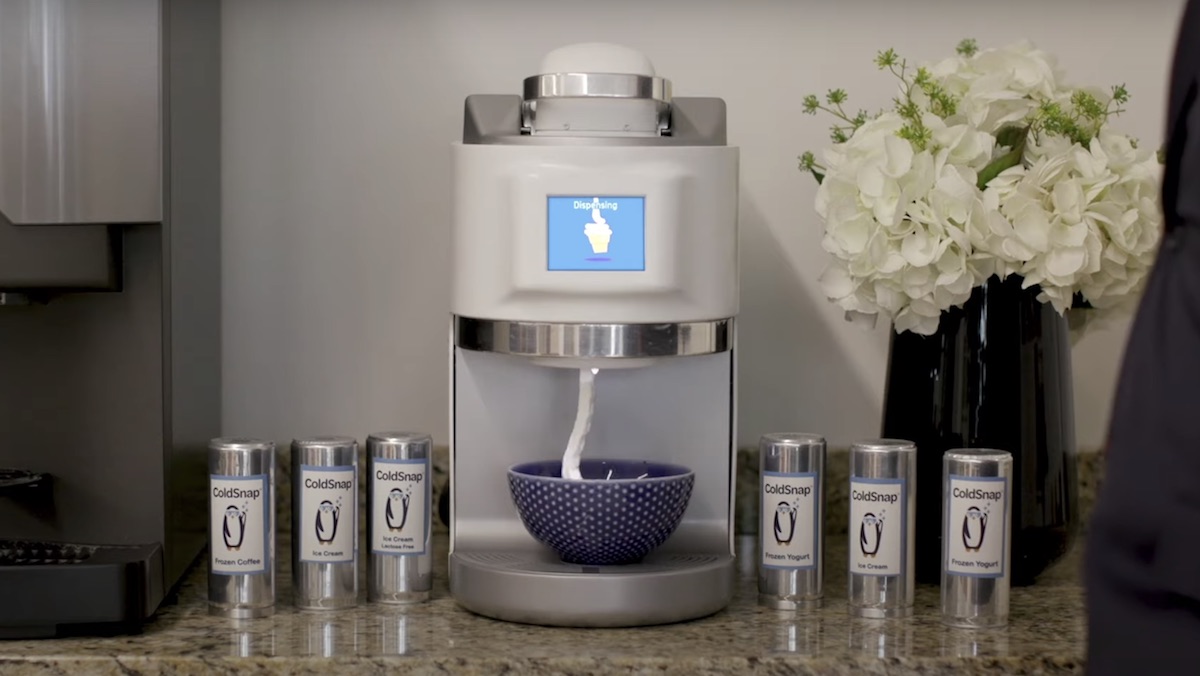 Unlike non-recyclable K-cups, ColdSnap uses aluminum for its pods instead of plastic. That makes them “infinitely” recyclable. They are also “shelf-stable” for nine months. Because they don’t have to be refrigerated at all, the company says that will lead to a “25-50% carbon emission reduction associated with making, shipping, and storing ice cream.”

The machines aren’t for sale just yet. No price is listed as of now either. (Though we’re going to guess they won’t be cheap.) They will be available to purchase at ColdSnap’s website later this year, with initial rollout expected in Boston this summer. 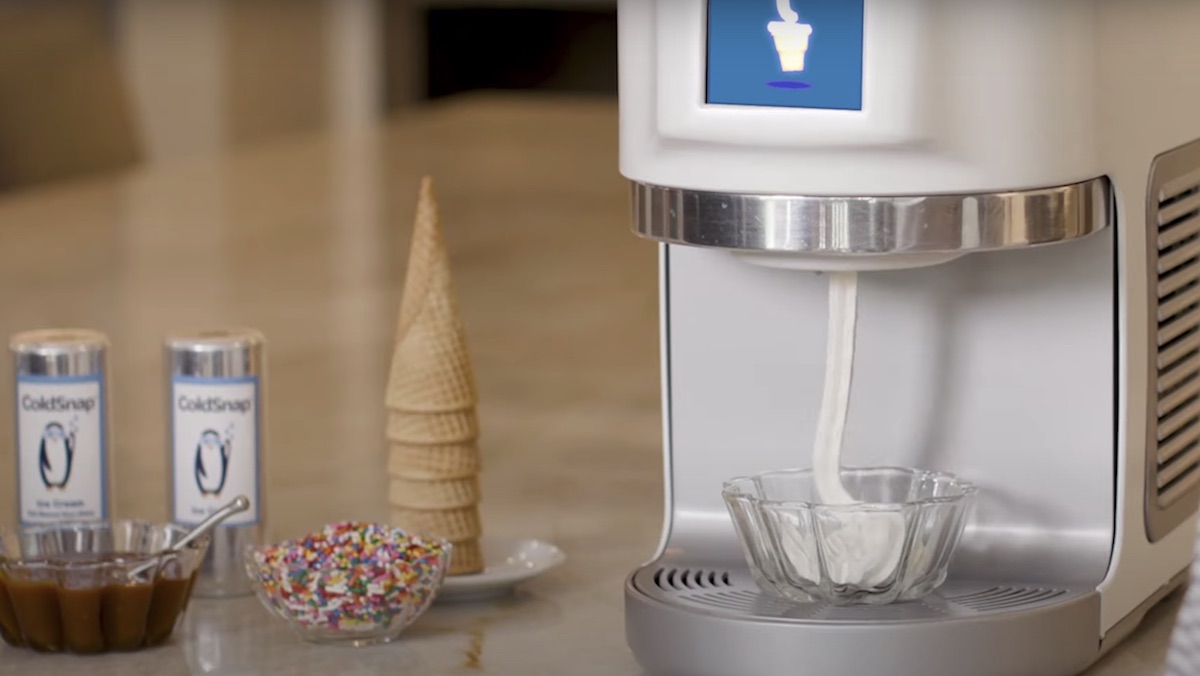 That’s obviously the perfect season for its debut. Unlike many sci-fi writers, we know for certain what our future holds—lots of ice cream. Whether it comes in a pod or not.