In 2015, NASA’s New Horizons probe flew by Pluto as it orbited the Sun in the solar system’s Kuiper Belt. New Horizons captured seminal images of the dwarf planet, including many highlighting one of its most notable surface features: Cthulhu Macula, a gargantuan region of what looks like rusty dirt. Now, a new study in a lab here on Earth has taken a stab at explaining what causes the giant rust spot. But the scientists say they’re still mystified.

The Smithsonian Magazine reported on the new study, which took place in the Netherlands. Marie Fayolle of the Delft University of Technology led the team, which published their findings in the journal Icarus. 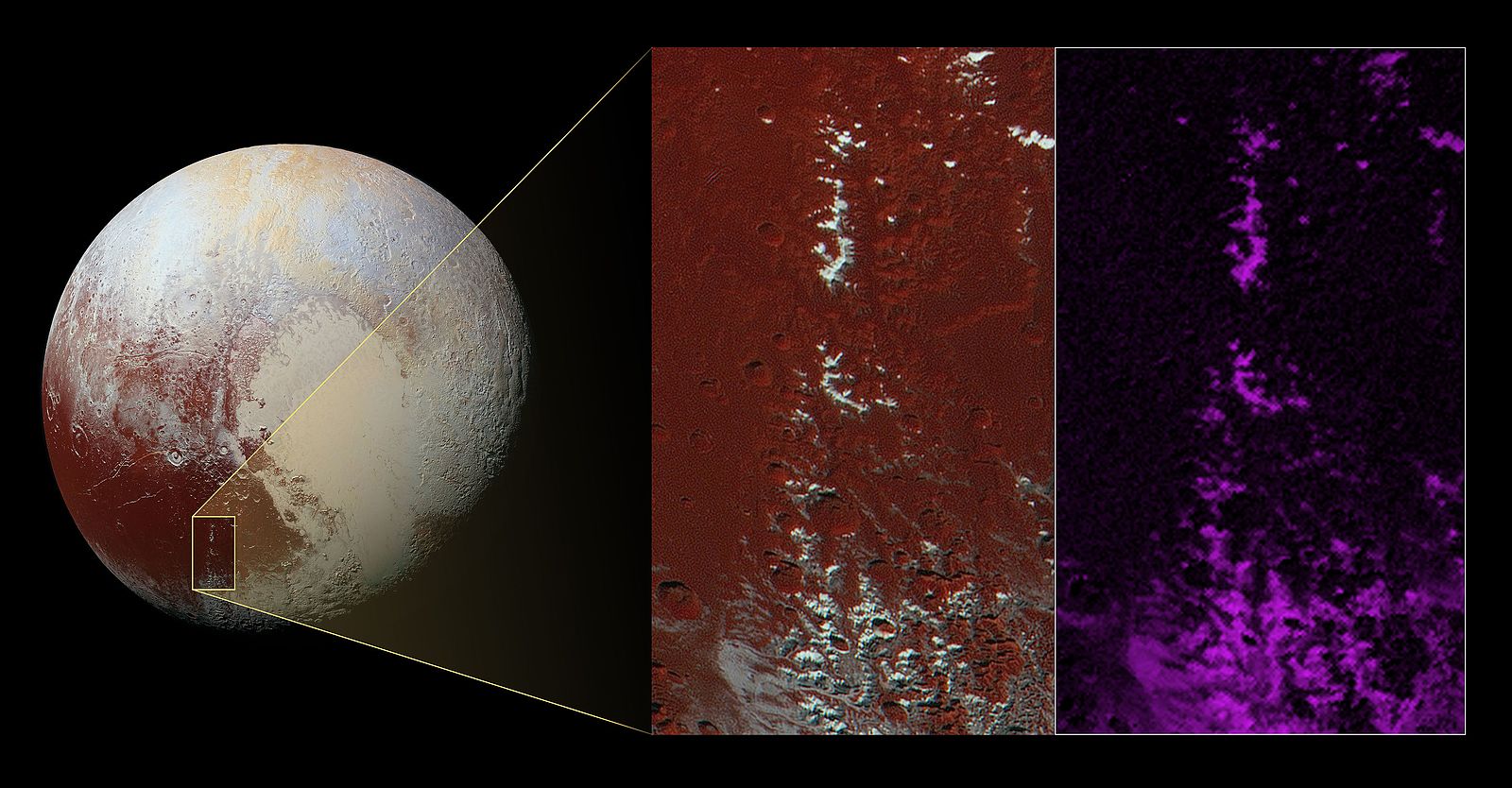 In the study, the scientists outline how they reproduced what they believe makes up Pluto’s red spot: tholins. Tholins, despite their sci-fi moniker, are actually various types of “complex organic gunk” that form from a simple chemical process; one consisting of sunlight, molecular nitrogen or methane, and high-energy particles from space. Because Pluto has these ingredients in its atmosphere, it made sense to scientists that tholins are behind Pluto’s crimson coloration.

However, when the scientists looked at tholins in the lab, they found they did not line up spectrally with Pluto’s red spot. Specifically in regards to the lab tholins’ “red visible slope” and absorption bands. In other words, the tholins’ made in the lab did not absorb and emit light the same way the red swath on Pluto does. 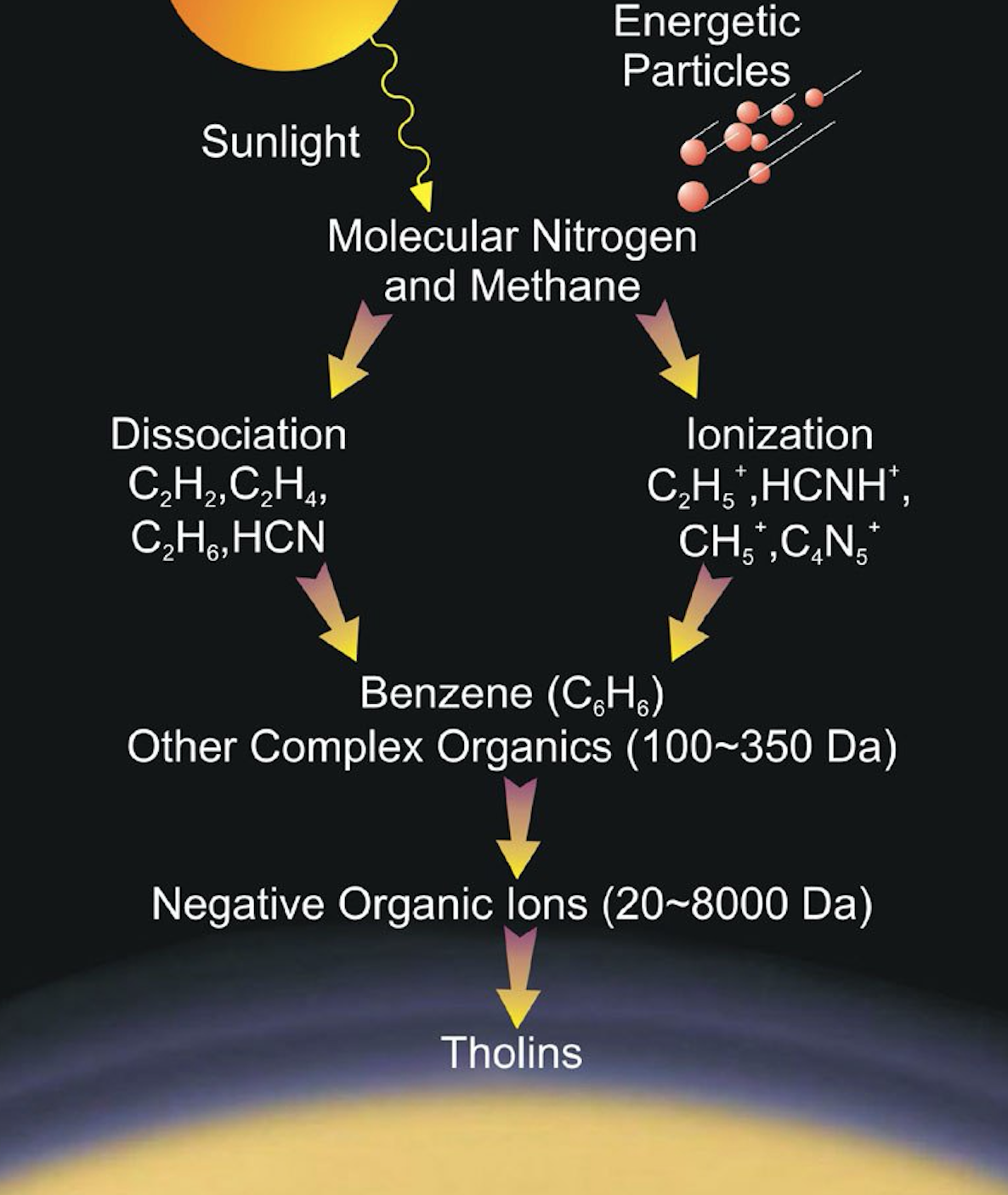 The scientists say they can’t explain this discrepancy, but offer speculative causes in their study. The most likely scenario, the team says, is that Cthulhu Macula is highly porous; a feature it would develop due to the sublimation of nitrogen- or methane-ice. However, New Horizons didn’t detect much of either, although it’s possible there’s a frost that’s seasonal.

One other possibility is that Pluto’s weak gravity causes Cthulhu Macula’s tholins to rest gently on its surface; in turn, producing a fluffy, porous crust with a different spectral signature than those of the tholins the scientists made in the lab. But more experiments will be necessary to determine if that’s the case. And maybe even a lander on the dwarf planet? Red celestial bodies in our solar system have definitely been hot lately. 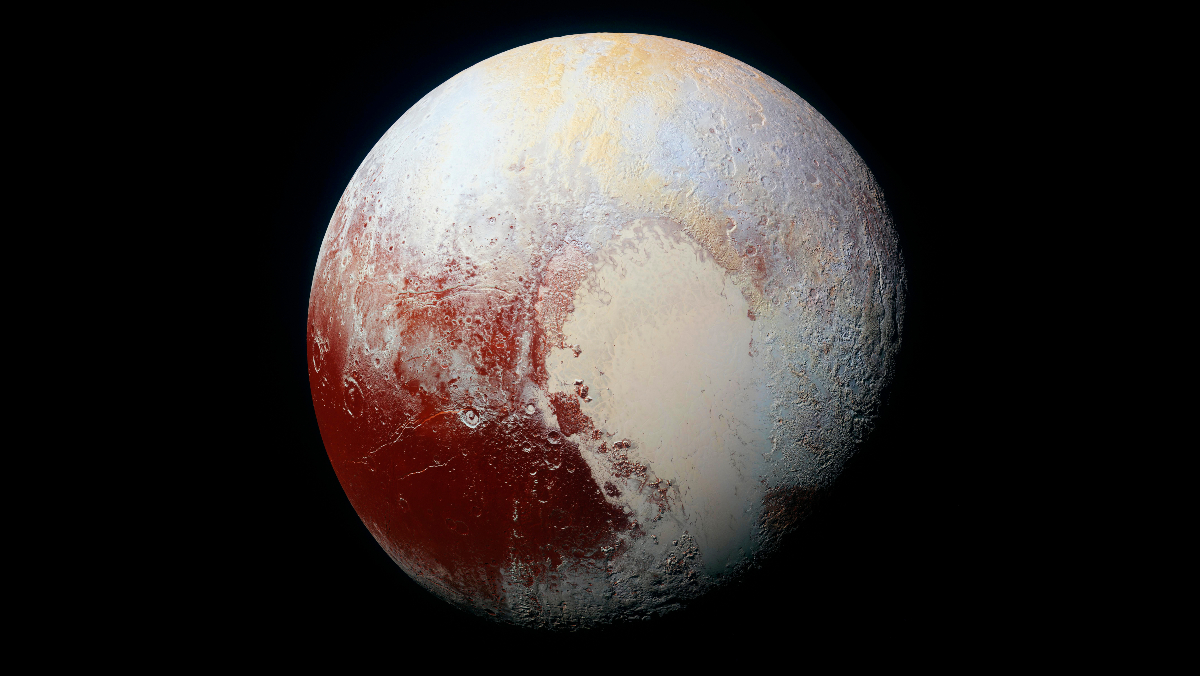