Our Favorite Geek Pianist Covers A DuckTales Theme. No, Not That One. - Nerdist

Our Favorite Geek Pianist Covers A DuckTales Theme. No, Not That One.

Nintendo nerds, hold on to your feathery butts, because Player Piano has covered yet another of our favorite gaming tunes.

Armed with her NES-themed piano, Sonya Belousova performs a classical rendition of the “Moon Theme” from the 1989 DuckTales video game. For such a classy number the Player Piano team keeps it straightforward compared to their major productions like their Game of Thrones cover and their Star Wars medley. Fittingly, as viewers are simply asked to concentrate on the beauty of the piece, and to bathe in the nostalgia of a beloved childhood melody. 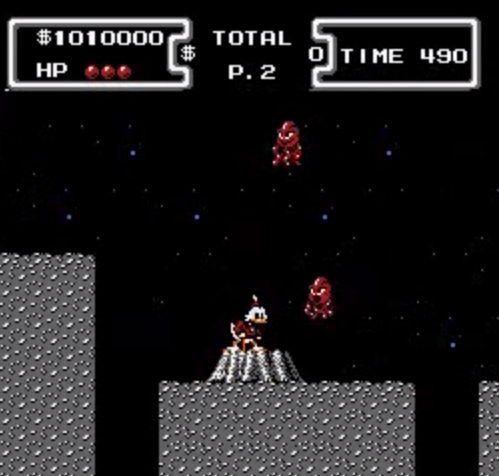 On their official Facebook page, Player Piano shared that “Moon Theme” was actually their inspiration for building the NES piano in the first place, making this video particularly special for them, their fans, and DuckTales adventurers alike.

In other fantastic Player Piano news, there’s officially a live concert in the works for this year. Here’s hoping that multiple pianos will make an appearance, because the only thing more exciting than seeing the Tetris piano in person would be to also see the R2D2 design on the same stage.

Until we learn more about the upcoming show check out Player Piano’s Youtube channel, and remember this. No pony tails or cotton tails. Ducktales. Woo!

Player Piano continues to surprise and delight us with their videos. Are you on the edge of your seat, waiting for more details on the live show? Which of their covers are you most excited to hear live? Talk with us in the comments below, on Twitter @GeekandSundry, or on Facebook.