Gamer Uses Controller Made of Pizza to Beat DARK SOULS

I can think of lots of ways to combine pizza and video games. You can eat a slice while playing. Discuss a new release over a large pepperoni. Or make a video game about opening your own pizza shop. Alrighty, on second thought, I can’t think of “lots” of ways to combine them. But someone else did. In a manner I never could have even imagined. He turned actual, edible slices of pizza into a controller he used to beat Dark Souls. (Dark Souls 3, to be precise.)

Game developer Super Louis 64 has no use for the old adage to “never play with your food.” He did exactly that by transforming slices of pizza into a working video game controller. (A delicious feat we first heard about at Nintendo Enthusiast.) His ingredients included a Makey Makey Board kit, which lets users turn almost any object into a controller. All he had to do was plug the wires into some pizza, which he then pressed like buttons. They gave him control over his character’s movement. As well as attacking and dodging. That was unless he needed to heal.

For that he had to chow down on a slice. An act reflected in the game as drinking a potion. Which seems like an appropriate analogy for the feeling you get when eating pizza. 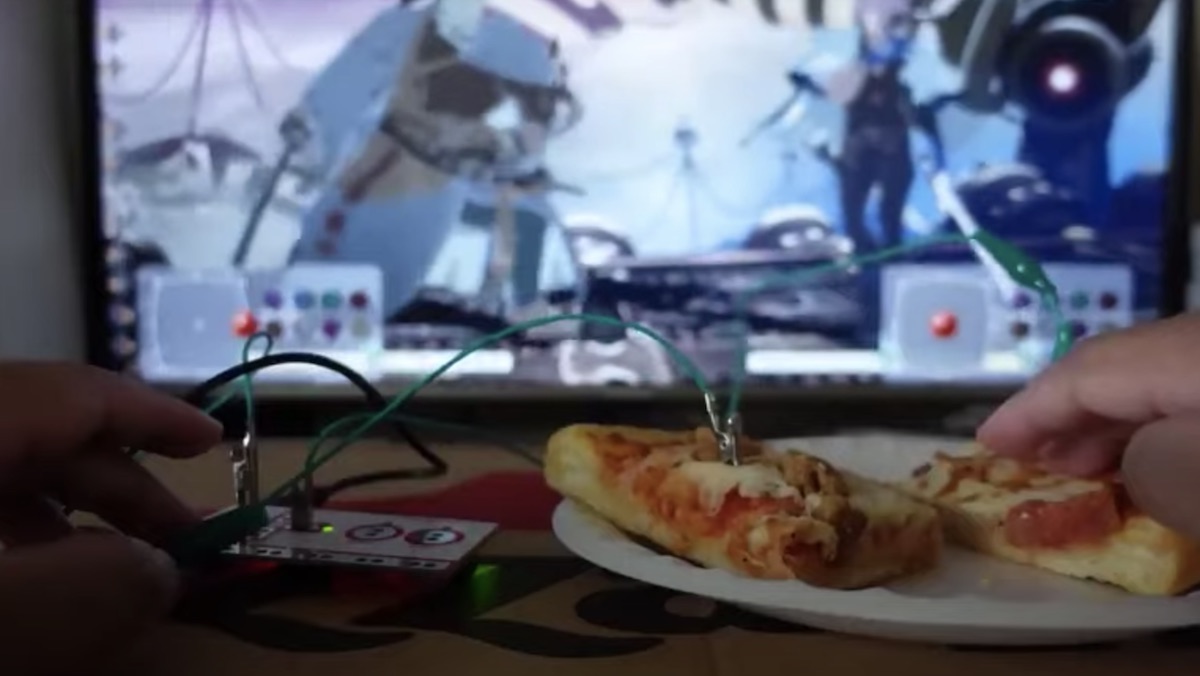 This delectable device served up some silly fun. But if you decide to trade in your own controller for some dough and tomato sauce, be aware of the downsides. Your fingers will get greasy as you continuously push down on a slice of sausage. You’ll want to have plenty of napkins nearby. Also, you probably want to make sure you have an appetite before you play Dark Souls. Otherwise you’ll need to make sure to avoid absorbing any damage.

There aren’t that many ways to combine pizza and video games. And no one needs to add “getting a stomach ache” to that list.