For so long, the idea of the â€œdirectorâ€ has been associated with maleness and masculinity. That, of course, is a cultural construct written into history by men. The reality is that even at the dawn of cinema, some 125 years ago, women were there to explore new technologies and create groundbreaking cinema. And in an attempt to rectify our understanding of women in film history, Kino Lorber has just released a massive new box set they’re callingÂ Pioneers: First Women Filmmakers. The result of a massive restoration and preservation effort, the set contains over 50 films, from film fragments and shorts to features, as well as documentaries and extras that give context to the films, and a booklet of written material.

The set is organized thematically, with discs dedicated to genre, social commentary films, and even specific artists. One example is Alice Guy-BlachÃ©, the first woman director, who started as a secretary at Gaumont and was one of the first to suggest filming narrative scenes. She ultimately ran her own production studio in New Jersey, Solax, and trained Lois Weber, who likewise has a disc devoted to her work. 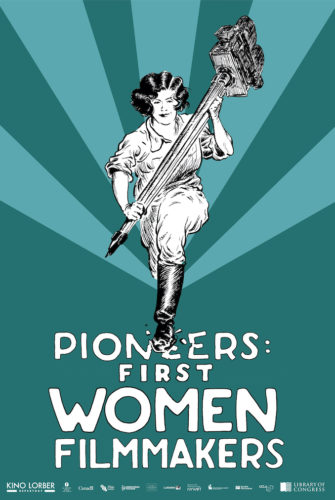 On the feature film disc, one of the standouts is the 1919 Canadian film Back to Godâ€™s Country, which was co-directed by star Nell Shipman, though she was originally uncredited. Based on a story called â€œWapi the Walrus,â€ by James Oliver Curwood, and co-directed by David Hartford, Back to Godâ€™s Country is a remarkable action epic reminiscent of The RevenantÂ and featuring a female lead.

Shot in Northern Alberta, Shipman stars as Dolores, a free-spirited and strong young woman who lives with her father in a rugged wooded home where she frolics with raccoons, porcupines and bears. Shipman was an animal trainer and advocate, and her comfort and skill with wild animals onscreen is astonishing. She easily and fearlessly consorts with bears, and not just cubs. Her Dolores is loving, steely, and vulnerable but willing and able to take care of herself and others.

Dolores falls in love with a young researcher, Peter (Wheeler Oakman), who happens upon her cabin. But soon she is pursued doggedly by an outlaw named Rydal (Wellington A. Playter), who spies her bathing in a hidden pool with her bear friends in one of cinemaâ€™s first controversial nude scenes. He impersonates a Canadian mountie, infiltrates her home, attacks her, and ultimately kidnaps her father. 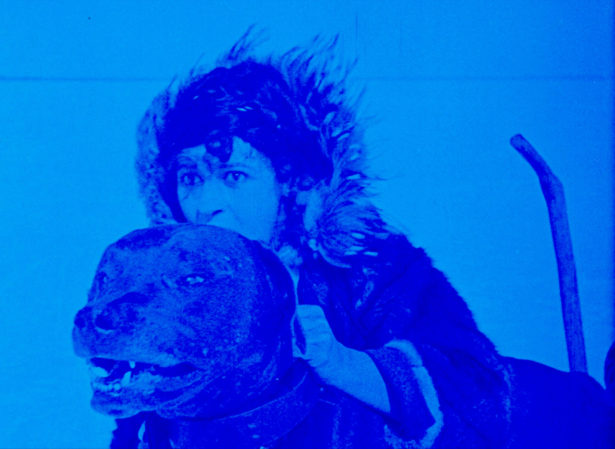 There are a few amazing action scenes in the film, shot on location, where Dolores rescues the men in her lifeâ€”sheâ€™s certainly no damsel in distress. Shipman, who adapted the script, made her character the protagonist and a powerful heroine. When Rydal throws her father off a cliff and into a rushing river, she dives in without hesitation. Later, during the climactic scene, she embarks on a dog-sled chase through an arctic storm, commanding a nefarious trader at gunpoint to bring her ailing husband to a doctor across the treacherous Barrens. Rydal posed as a boat captain and trapped the couple aboard his ship, injuring Peter in hopes of eliminating him for good. He sets off in pursuit of Dolores, but the heroic Wapi, a ferocious dog, fights off the villain and saves Dolores and Peter from certain death. Shot by Del Clawson and Joseph B. Walker, who went on to be Capraâ€™s cinematographer, the film features incredible camera work, particularly in these chase scenes.

Back to Godâ€™s Country was part of a series of films that Shipman made and starred in, including Godâ€™s Country and the Woman and The Girl from Godâ€™s Country. While Curwoodâ€™s story focused on the heroism of Wapi the dog, Shipmanâ€™s script centers Dolores as the real hero, who uses love and empathy as her strength. Itâ€™s interesting to note that the film was remade in 1953, with Rock Hudson playing Peter, his character now the hero who saves the day.

Another gem on the features disc is the 1923 film The Song of Love, co-directed by Frances Marion and Chester M. Franklin, featuring silent star Norma Talmadge, who also produced the film (and, rumor has it, inspired the characters of both Lina Lamont in Singinâ€™ in the Rain and Norma Desmond in Sunset Boulevard). Screenwriter Marion adapted the script from Margaret Petersonâ€™s novel. She later went on to help shape Mary Pickfordâ€™s persona, and scooped up three Academy Awards for screenwriting in the 1930s. The version of The Song of Love that appears on the Pioneers set was reconstructed from a German nitrate print, while new titles were created by the Library of Congress with the original English text.

The story, another romantic, sweeping epic, takes place in the fictional North African/Arabic city of Ahamar, where a few white Christian colonizers hold power. An uprising is bubbling among the local population, the Tuaregs, led by the power-hungry Ramlika (Arthur Edmund Carewe), who is torn between his fervor for revolution and his fervor for â€œdancing girlâ€ Noor-mahal (Talmadge). 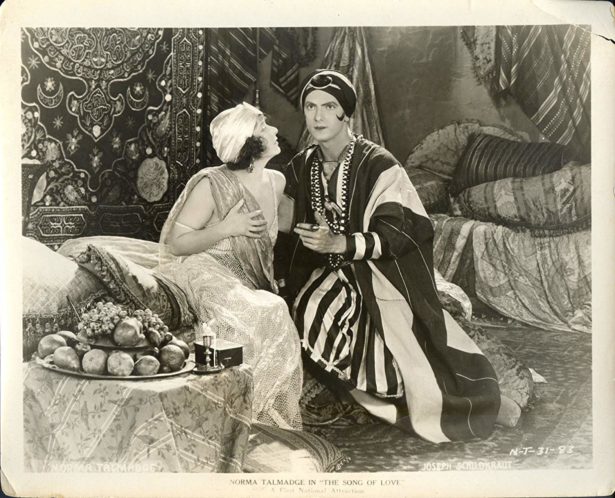 Much like Back to Godâ€™s Country, The Song of Love focuses on the intimate relationships and domestic concerns that drive conflict and and in this case, political movements. The film boasts a whopping three intersecting love triangles: between Noor-mahal, Ramlika and Raymon (future Oscar winner Joseph Schildkraut), a French spy who impersonates a prince and infiltrates the Arabic gambling house; and between Raymon, Noor-mahal, and Maureen (Maude Wayne), the French wife of Raymonâ€™s colleague Commissionnaire Desmard (Earl Schenck). These domestic affairs are the true drama of the story, set against a brewing uprising that threatens to explode.

The appeal of â€œThe Song of Loveâ€ is its exotic settingâ€”though it was shot on an elaborate Southern California set made to look like the walled souks of North Africaâ€”and sumptuous costumes. Talmadge sports a variety of turbans, robes, and other spectacular garments, but her best costume by far is a crystal bralette paired with sparkly lamÃ© harem pants, in which she enchants the disguised Raymon. In many ways, The Song of Love feels like a precursor to the Bogart-Bergman romantic drama Casablanca, where stormy personal relationships play out against a larger political landscape in North Africa. Though there are many characters, Marionâ€™s script puts Noor-mahal front and center, and grants her agency. She is allowed to decide what to do with her life, and with othersâ€™ lives.

The film includes a title at the end which denotes where the German print ends (on a very dark note), and describes the much brighter and happier Hollywood ending. Thatâ€™s the one thing thatâ€™s stayed the same since the dawn of cinema.Â

These are just a couple of the titles on this behemoth box set, which proves to be a truly astounding resource for discovering the long-forgotten female forebears of cinema. It’s an achievement in film preservation, and the access to this work is unprecedented. Pioneers: First Women Filmmakers is available now from Kino Lorber on DVD and Blu-ray.