Nicolas Cage has embarked on a quest or two in his day. He’s fought tooth and nail for money, freedom, sobriety, historical documents, and even his own face. But Cage’s latest endeavor seems to be the mission he was born to undertake. The movie in question is Pig. And the thing he’s out to save: a pig. A pig he loves so, so much. Take a look at the trailer, which, I’ll remind you, is about Nicolas Cage trying to save a pig.

See, someone has stolen his (Nicolas Cage’s, to be clear) pig, and Cage is out to rescue said pig. Cage plays a truffle farmer who has all but shut himself off from society. Resigned to the wilds of the Pacific Northwest, Cage’s character’s only source of contact or comfort is his foraging friend. So when she’s pig-napped, Cage relinquishes his long-preserved solitude and heads back into society. He will not allow his pig to go un-rescued, or the perpetrator to go unpunished.

We get the hint from the trailer that Cage is playing no everyday hermit. His voiceover recounts a storied, successful career of cooking—presumably mushroom-based meals—one that has left him jaded and misanthropic. Furthermore, Alex Wolff’s encouragement for Cage to tell a curious waiter “who you are” suggests he’s a figure of repute. 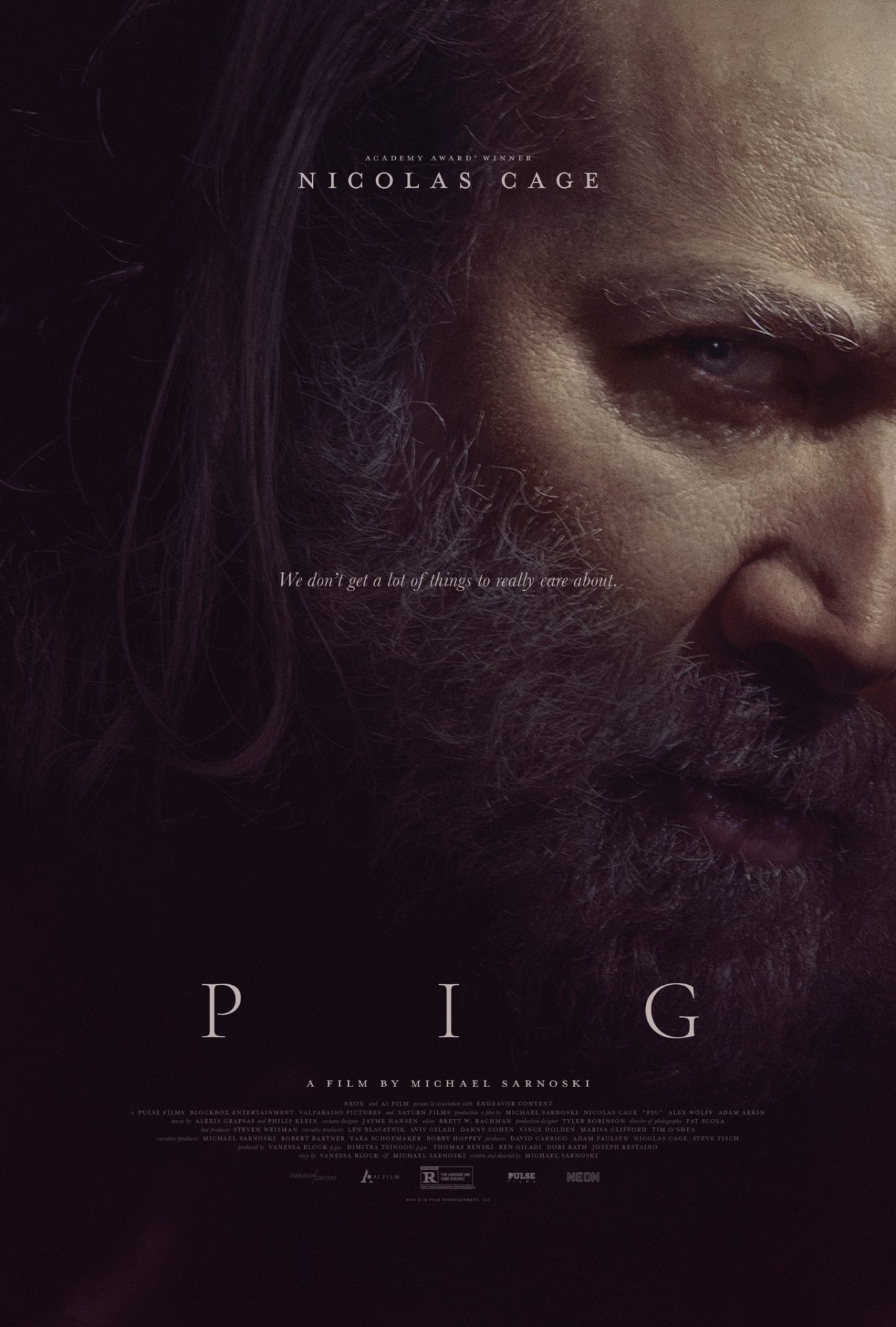 Pig will release in theaters July 16.