Nicolas Cage has gone from the actor known for his oddball roles in cult films, to an Academy Award winner, to a big Hollywood action star. And then, there’s all the wild choices he made in the past decade or so; those have given him a certain reputation as an actor. But one character Nic Cage has never played on film is….Nic Cage. But that is all about to change. According to The Hollywood Reporter, Cage will soon be portraying himself in a new film called The Unbearable Weight of Massive Talent.

According to the report, Lionsgate is in final negotiations to produce the film. It comes from a script by writers Tom Gormican and Kevin Etten. Gormican is attached to possibly direct. This very meta version of Nicolas Cage will feature him as a down on his luck actor whose glory days are now far behind him. This version of Cage is hoping to get a career boost with a role in a new Quentin Tarantino movie. (Hey, it’s a strategy that once worked wonders for John Travolta.)  Needing a paycheck badly, he agrees to show up  at a birthday party for a Mexican billionaire. The billionaire is not only a massive Nic Cage fan, but is also very likely the boss of a massive drug cartel.

Cage will find himself writing a screenplay for the eccentric billionaire. Then, somehow, he will become an operative for the CIA as well. As a government secret asset, he must now rescue the kidnapped child of a presidential candidate, a hostage of the drug kingpin. Apparently, the version of Nicolas Cage in the film will be an over-the-top cliche version of how the general public perceives him.  As a once-great thespian now reduced to taking on roles in cheesy movies. The film’s co-writer wrote a passionate letter explaining to Cage how the film was actually not making fun of him. It was actually a love letter to the actor and his very diverse career. Cage didn’t waste any time in signing up. 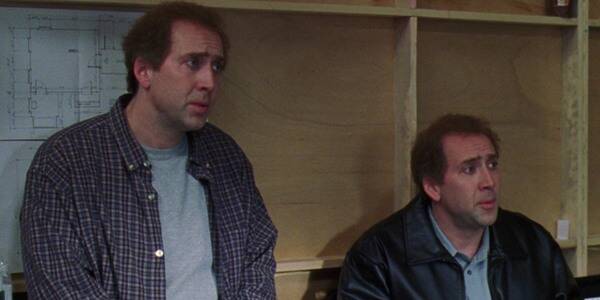 Certainly, Nicolas Cage has had a fascinating career. He began his career in the ’80s romantic comedy Valley Girl. The rest of that decade was filled with very quirky roles in smaller films like Raising Arizona, Vampire’s Kiss and Wild at Heart. Then, after mainstream success he with movies like Moonstruck, he became a legit movie star. Once he won the Oscar for Leaving Las Vegas in 1996, he took his newfound higher profile. He became a big action star, starring in hits like Face/Off, Con Air, The Rock, and many more.

But the 21st century was less kind to Cage’s career. A series of roles in movies of varying degrees of terribleness damaged his reputation as an actor. But while he was making some bad movies, he still found time to be amazing in films like Adaptation. If The Unbearable Weight of Massive Talent clicks with critics and audiences, it would certainly be the most Nic Cage thing ever that his second Academy Award would be for playing himself!