Some people are so iconic that they don’t really need a last name. Oprah, Beyoncé, Cher, Cleopatra… the list goes on and on. One of the most influential painters of all time is none other than Picasso. The Spanish painter and sculptor led the Cubist movement and created new techniques like collaging to change perceptions around art. Back in 1937, Pablo Picasso made Guernica, an 11.5×25.5-foot depiction of war and its inevitable violence. It was his pacifist response to a bombing in the town of Guernica in April of that year. Now, 85 years later, Guernica is being done again as a giant chocolate replica.

According to the Smithsonian Magazine, forty Spanish chocolatiers came together to construct the sweet masterpiece. The artisans used more that 1,000 pounds of cocoa to concoct chocolate from scratch. The tasty canvas then got the full art treatment with airbrushes crafting all the painting’s fine details. The below video details a bit of their process and its both interesting and soothing to watch them in action.

It’s not clear who technically “owns” this modern masterpiece; however, the creators plan on taking it around the world to be seen. And you presumably can’t go up to it and take a big bite, even though its fully edible. TeleMadrid reports that chocolate expos in Paris and Madrid are already asking chocolate Guernica to make an appearance. So, perhaps it will somehow come to the US too… without melting, of course. 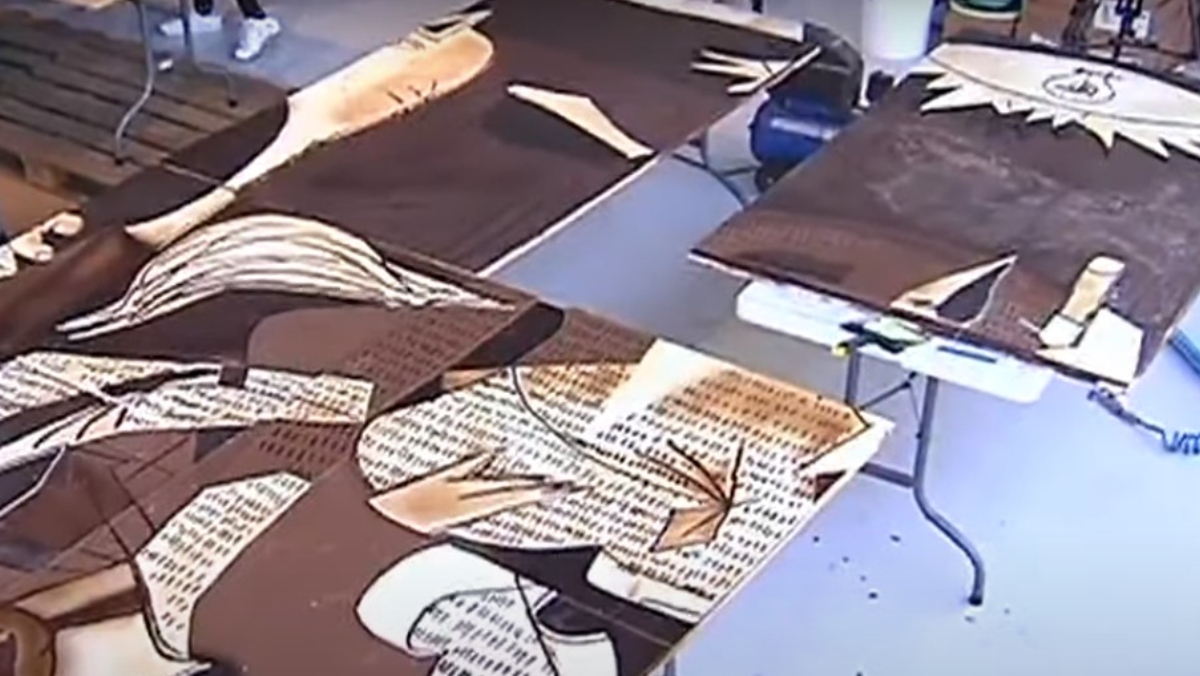 This isn’t the first time that someone has done their own version of Guernica. A LEGO replica of the painting honored Picasso’s 133rd birthday back in 2014. Master builder Veronica Watson of the LEGOLAND Discovery Center made a much smaller version of Guernica, using about 800 toy bricks to make it happen. Using toys and chocolate are an interesting way to honor a very serious work but we like it.