Cyrano de Bergerac’s story of a not-conventionally attractive yet wonderful wordsmith who writes his feelings to the woman of his dreams through someone else’s identity is the standard for a love triangle. We’ve seen its inspiration recently in Netflix’s The Half Of It. Edmond Rostand’s famous play has also been the subject of many stage productions and films, and there’s another movie on the way. Game of Thrones alum Peter Dinklage will take on the famous lead role in Cyrano, set to hit theaters on December 31. Director Joe Wright and screenwriter Erica Schmidt are reimagining this heartbreaking tale, and its trailer gives love, angst, and whimsical musical.

The clip posits a famous question: Have you ever loved someone? The answer, of course, is yes for most of us. But it is perhaps not quite like Cyrano has. He slides in like a boss, introducing himself and obviously capturing the eye of Roxanne (Haley Bennett). However, he’s immediately called a “freak,” and, as in customary in the olden days, it leads to a swashbuckling fight.  Roxanne tells her “dear friend” that she would be heartbroken if he were to die. Always the hopeless romantic, Cyrano says his only purpose on Earth is to love Roxanne; however, no one will ever accept their love. 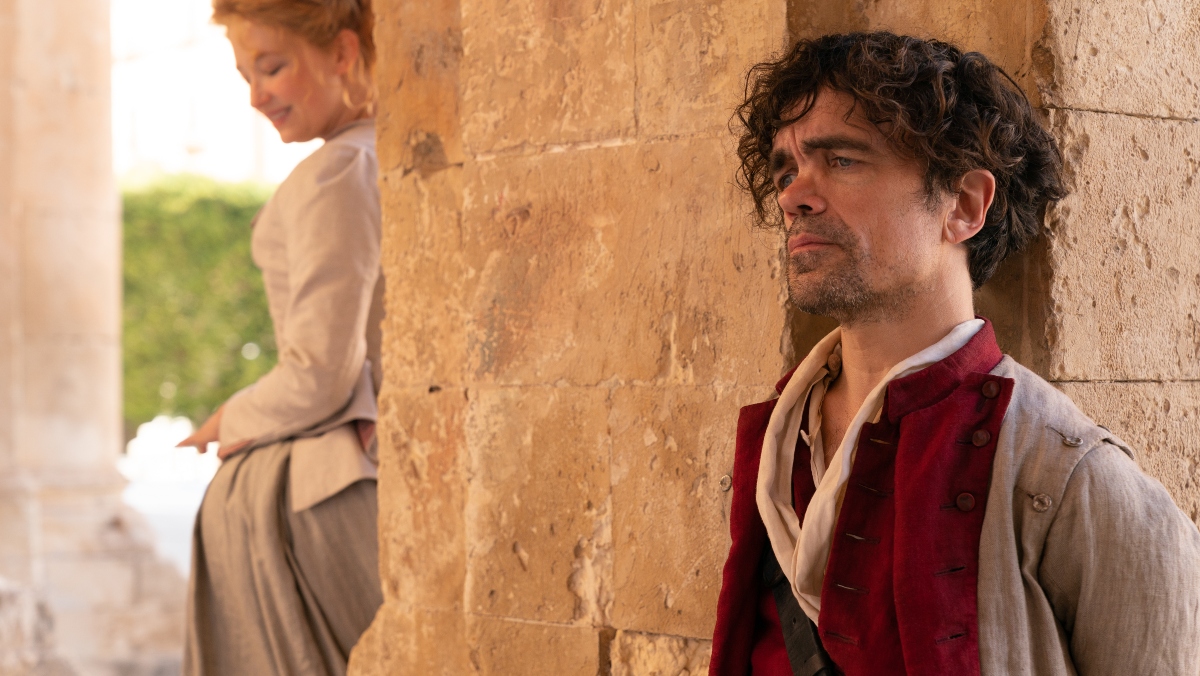 Meanwhile, Roxanne is looking for love, but her family is low on funds. They want her to marry for wealth, but she falls for Christian (Kelvin Harrison, Jr.), who is under Cyrano’s regiment. And it’s easy to see why Roxanne has fallen for him. But Christian lacks the suaveness of Cyrano. So Cyrano pens poetry for him. It’s easy for Cyrano because, well, he’s wildly in love with the recipient. A very messy and familiar situation indeed. But, a scheme can only last for so long before people start to piece together the truth. Who will Roxanne choose? Well, if you know this story, the ending won’t be a surprise.