All The Differences Between The PET SEMATARY Film and Book - Nerdist

All The Differences Between The PET SEMATARY Film and Book

Pet Sematary is on its third life. Its first, in 1983, was in novel form, when Stephen King ransacked every parent’s nightmare journal and put this macabre story of family grief to paper. The next was in 1989, when director Mary Lambert brought the book to cinematic life. Now, Pet Sematary is back from the grave again, with a new film adaptation written by Jeff Buhler and directed by Kevin Kölsch and Dennis Widmyer, who got their horror bonafides with Starry Eyes in 2014.

While faithful to the book in spirit and tone, this latest version takes a lot of liberties with the original text. The most notable change was hinted at in the first full-length trailer, which shows that it’s Ellie Creed who dies this time, not her toddler brother Gage. But that’s just one small hint at all of the major differences this go-around.

Here’s a deep-dive into all of the major changes in Kölsch and Widmyer’s Pet Sematary.

As previously noted, Ellie gets the biggest shakeup in this film. Gone is the book’s slightly whiny, precognitive child riddled with anxiety about the death and her cat. In this version, Ellie is curious about death and its many morbid possibilities, but it’s more of a charming curiosity. This Ellie, played by Jeté Laurence, is ripe with life and spirit. She’s a dancer, she’s close with her father, and she’s the sort of kid who bakes cookies for the weird neighbor and fearlessly wanders into the woods. She’s a spitfire, but completely adorable – all of which makes the gravity of her death even more harrowing.

In this film, it’s Ellie who wanders into the road after her resurrected cat Church, and Ellie who is struck by a semi truck and killed – an it’s during her birthday party. In his grief, her father Lou (Jason Clarke) buries her body in the eponymous and mystical ancient burial ground, and she is shortly resurrected. Only, unlike with Gage in the book, she is old enough to be acutely aware of her condition. She questions her father about her death and resurrection, she toys with his emotions, she dances through the house in the dress she was buried in, one of her eyes sagging to the middle of her face. She also has an open hostility towards her mother, the only person in this whole mess of a situation who’s still thinking clearly. This all leads to an ending that is strikingly different than the book, but more on that in a minute.

Yes, Gage survives this film, but he isn’t some unimportant toddler, either. In the book, Ellie has premonitions about the pet cemetery, and visions of what it might do to her family. In this film, this storyline is transferred to Gage, who draws terrifying pictures and even calls out the name of Victor Pascow, a mortally wounded patient of Lou’s who haunts his psyche and warns him about the graveyard. He’s part of the reason Rachel grows steadily anxious when she leaves Lou alone at the house after Ellie’s funeral, and why she heads home early, where her fate is sealed. 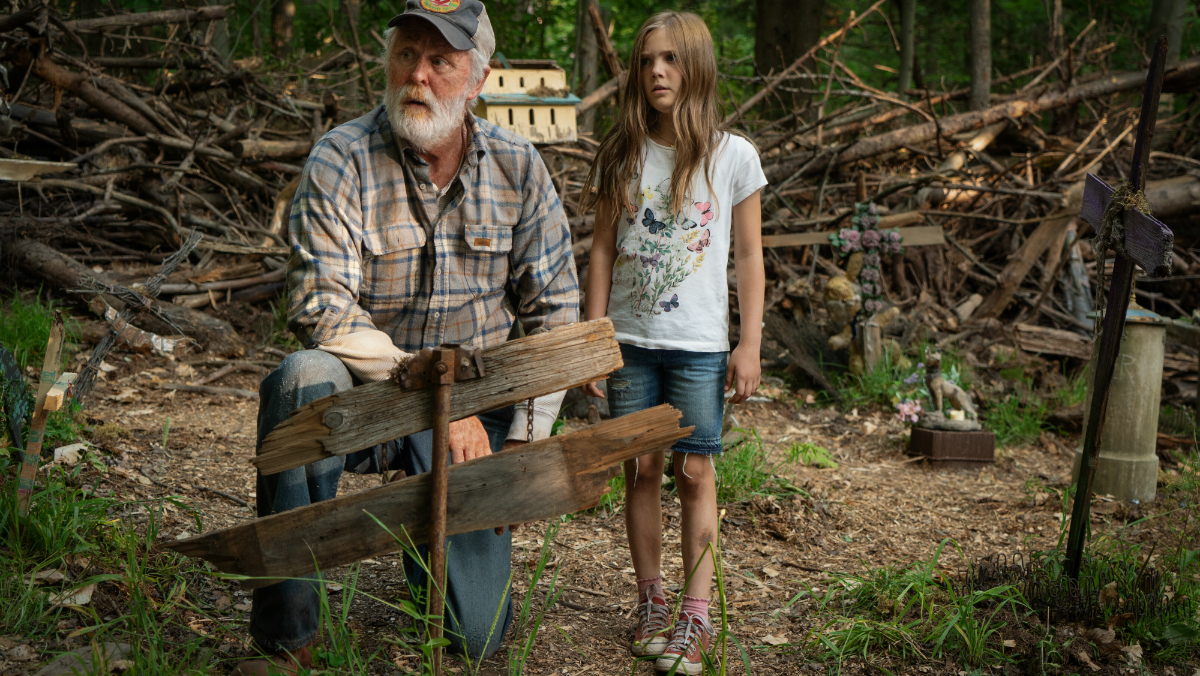 Jud is also noticeably different in this film. First of all, as noticed in the trailers, John Lithgow doesn’t do Jud’s famous Maine accent. It’s probably a wise choice, because it keeps his performance fresh, which is apt for this new iteration of the Creeds’ neighbor. In this film, Jud is a widower, when in the book his wife is alive, although she dies about halfway through. In this version, Jud develops a close bond with Ellie before anyone else in the Creed family, though in the book it’s Jud and Lou who hit it off right away. As in the book, Jud serves as a sort of educator about the town of Ludlow, relaying its history to the Creeds, but one of his more potent scenes doesn’t make it to screen. In the book, Jud uses the tale of Timmy Baterman, a local boy who died in WWII and was resurrected in the cemetery, to try to convince Lou to leave Gage in the ground. The story fails, and Gage later murders Jud by slicing his Achilles tendon. That scene is still preserved in this film; Ellie does the deed instead.

The cautionary tale of Timmy Baterman also serves another point in the book – to show that those who come back from the cemetery are not their former selves, but some sort of demonic force that knows more than the dead ever would. This element is mostly lost in the new film, where Ellie feels more or less like her former self, but evil.

One minor point of contention for King fans after watching the trailer was the presence of a kid cult wearing animal masks. The masks are, in fact, a new addition, and no cult ever directly appears in the book. However, this idea isn’t generated from scratch. When they first discuss the pet cemetery, Jud tells Lou about the effect the grounds have on the local children, and how they oddly and ceremonially bury their pets there almost like it’s an obligation. Children seem to be more deeply effected by the evil charms of the cemetery. 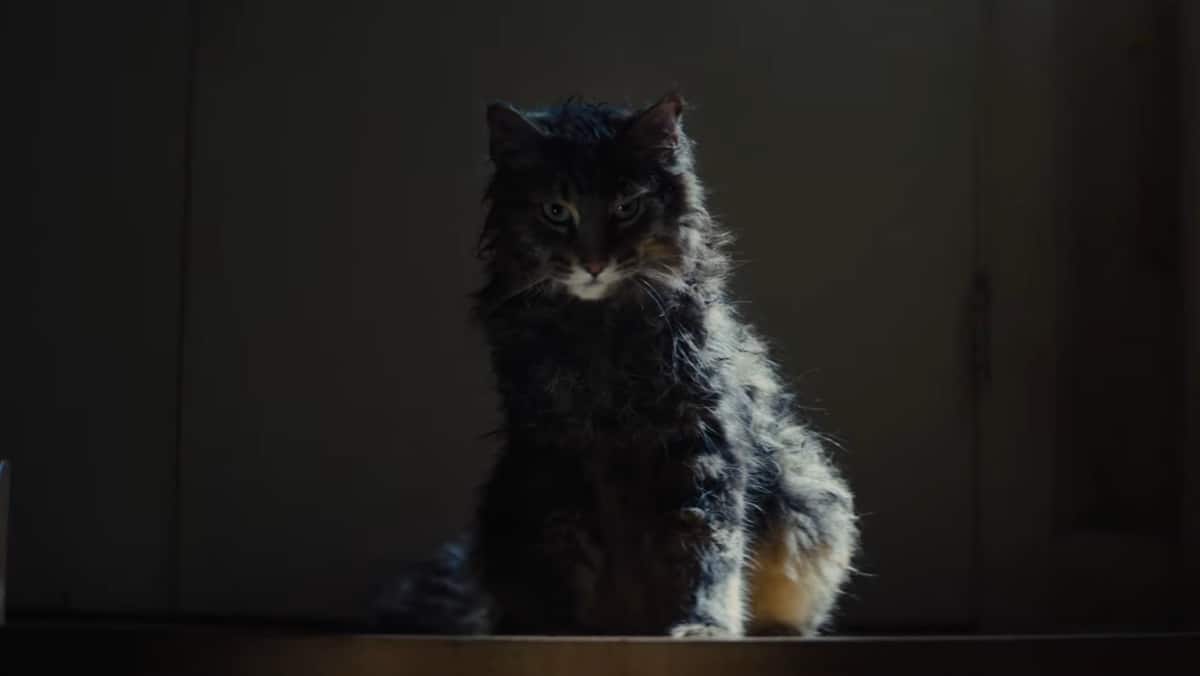 Rachel’s story isn’t wildly different in this version, but she is more fleshed out than in the 1989 film, and the story of her sister Zelda is given a more frightening gravitas. In the book, Rachel is terribly sensitive to death after witnessing Zelda die from spinal meningitis. It’s an emotion she bottles up, and that comes out when she’s exposed to the pet cemetery, wanting to protect her daughter from knowing that same grief. That part of her story is carried over to the film, but the presence of Zelda is amplified. In the book, Rachel shares the story about the night Zelda died in her room, when their parents were away, and how she convulsed and her face turned black before she passed away. In the film, Rachel is more directly responsible for Zelda’s death; after ignoring her cries, Zelda falls to her death in the dumbwaiter, her spine crunching. The guilt Rachel carries manifests onscreen. She has visions of Zelda crawling out of her bathroom medicine cabinet, and across the hallway. Near the end, Rachel even has a vision that she is Zelda, her own back twisted.

Here’s where things get truly wild. In the book, Gage is resurrected, kills Jud with a scalpel, and then murders his own mother when she returns to the house alone. A grief-stricken Lou – who goes so mad that his hair turns white and he prematurely ages – then buries her in the cemetery and waits until her resurrected corpse arrives at the house, which it does in the book’s final moments. “Darling,” Rachel says, her voice full of dirt. The book ends there.

But the film has different plans. In this version, Rachel returns to the house and is introduced to her resurrected daughter. Terrified, she plans to leave, locking Gage in the car and warning him not to open the door for anyone. Ellie then stabs her mother to death when she’s back in the house. Ellie then buries her mother in the cemetery. Lou has a confrontation with Ellie in the pet cemetery, but before he can kill her again, the resurrected Rachel kills him, and she and Ellie bury his corpse, too. The film ends with the three resurrected family members approaching the car where Gage is locked away safely. But then we hear the beep of the door unlocking, and the film cuts to credits.

The ending won’t work for everyone, but it feels in tune with the macabre and joyless note where King also left the story, and serves as a way of updating the story without robbing it of its ugly potency. Sometimes, dead isn’t better.