Paying Tribute to Veterans: From Soldier to Superhero - Nerdist

Paying Tribute to Veterans: From Soldier to Superhero

This Memorial Day, make sure you pay tribute to all of the soldiers who have sacrificed so much. Military service is a very special honor and responsibility that only the bravest, strongest, and most dedicated men and women could ever take on. So it should come as no surprise that many of the most famous comic book heroes have a background in the military. It’s simply one of the most heroic characteristics a writer can give their character. Sure, there are a few heroes who come immediately to mind, but some of these might surprise you. We pay tribute to our real veterans by paying tribute to our fictional characters inspired by those brave heroes who gave everything, and who fought and continue fighting to give us the freedom and safety we have today. 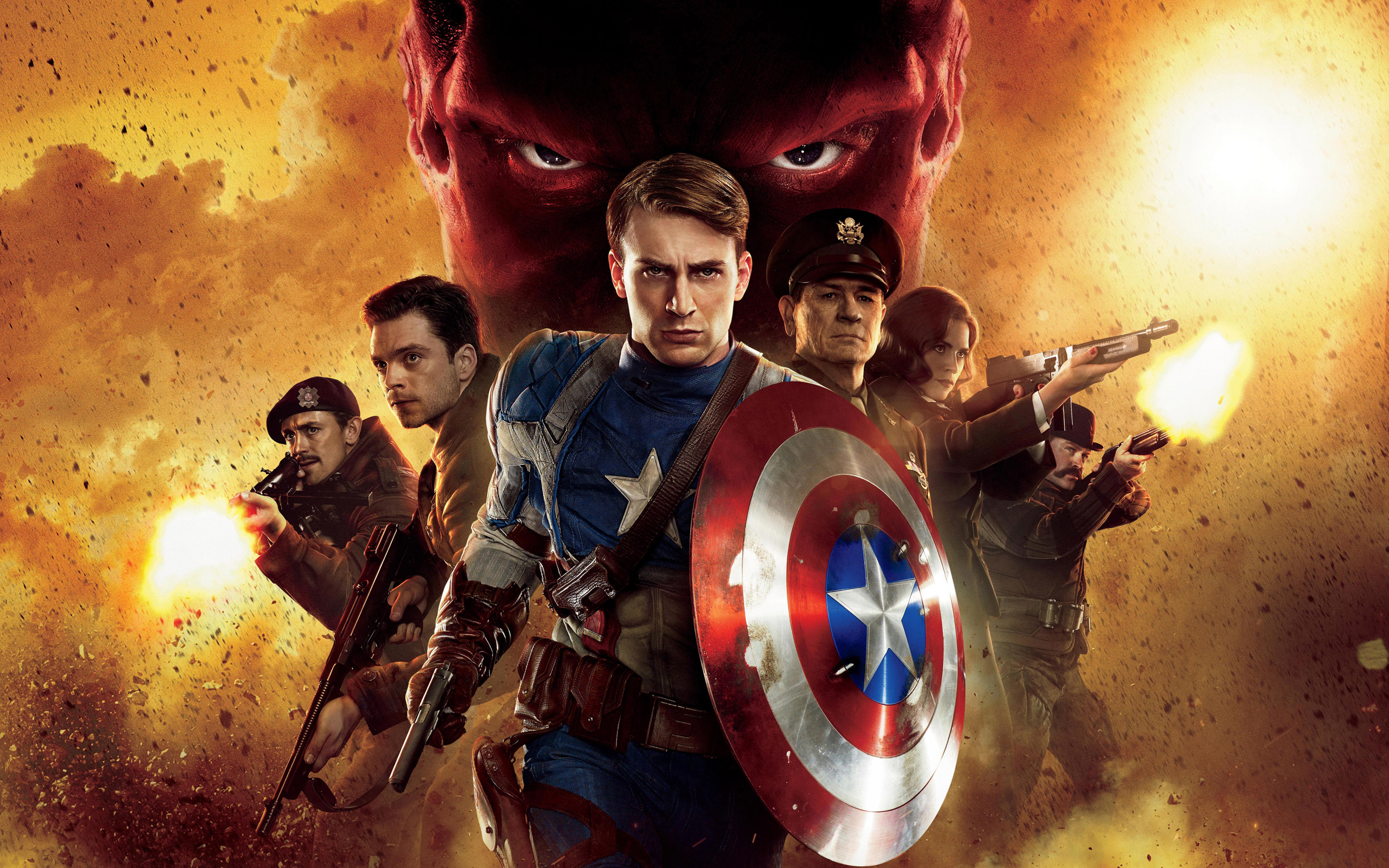 Captain America and the Howling Commandos

Well this should definitely come as no surprise. Steve Rodgers was a wimpy, scrawny kid from Brooklyn with a heart of gold, but his future changed completely when he underwent a procedure that endowed him with super strength, reflexes, and speed…a super soldier in every aspect. Joined by James “Bucky” Barnes, Nick Fury, Timothy “Dum Dum” Dugan, and several other members of the Howling Commandos, Captain America was able to give the American Army a fighting chance in World War 2 against the Nazi forces and Red Skull of Hydra. 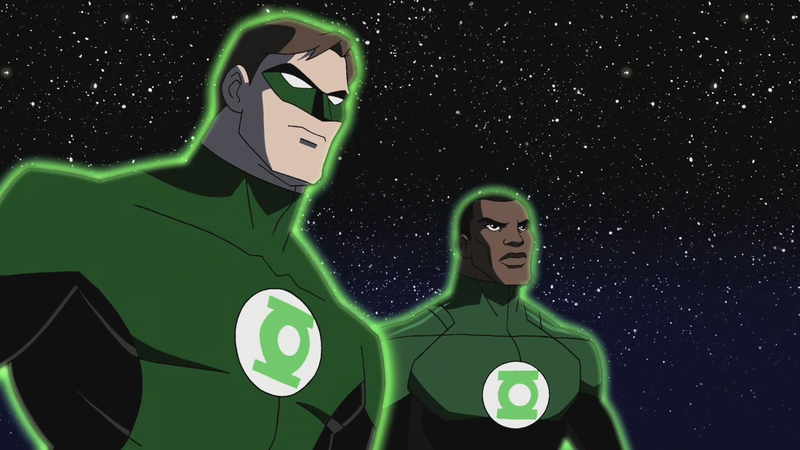 Two Green Lanterns, both Hal Jordan AND John Stewart, are actually seasoned U.S. military veterans. Hal was a famous fighter pilot in the Air Force, while John Stewart was a highly skilled member of the Marine Corps. Both of these men deemed themselves worthy of wielding the green ring of power and membership in the Green Lantern Corps. The Green Lantern Corps represents the strength of will power, so it should really come as no surprise that two veterans were able to take on that heavy responsibility. 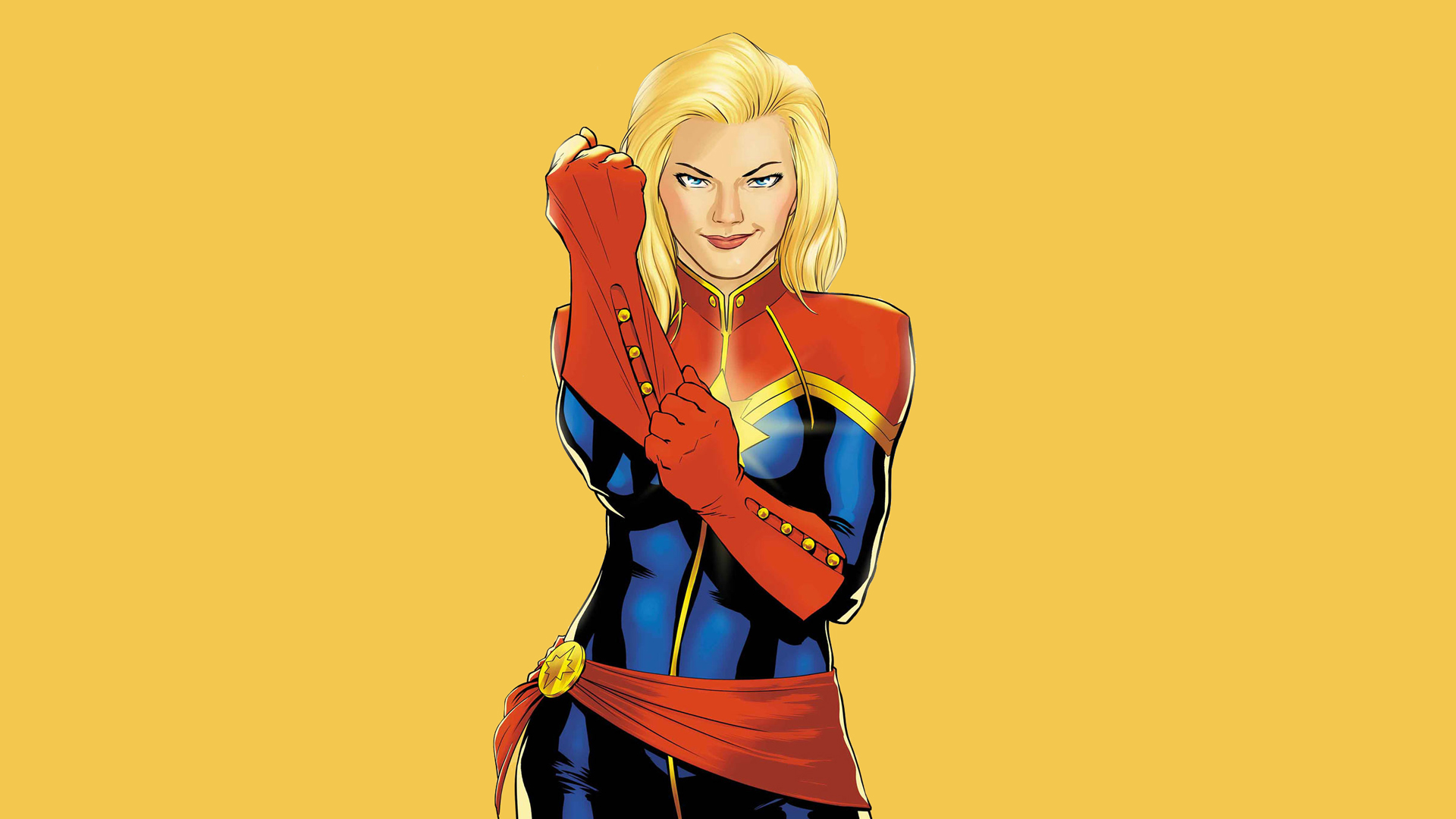 Whatever title you like to refer to her as, Carol Danvers defied her father’s wishes and joined the Air Force. She quickly rose to the top of the ranks, even working her way into a position with NASA. But in a mission gone awry, Carol was exposed to an alien device and bestowed with newfound superpowers. Coupling her military training and experience with her new gifts, Carol assumed the title of Captain Marvel. It could be argued that Captain Marvel’s military training makes her one of the most gifted strategists in the Marvel Universe. 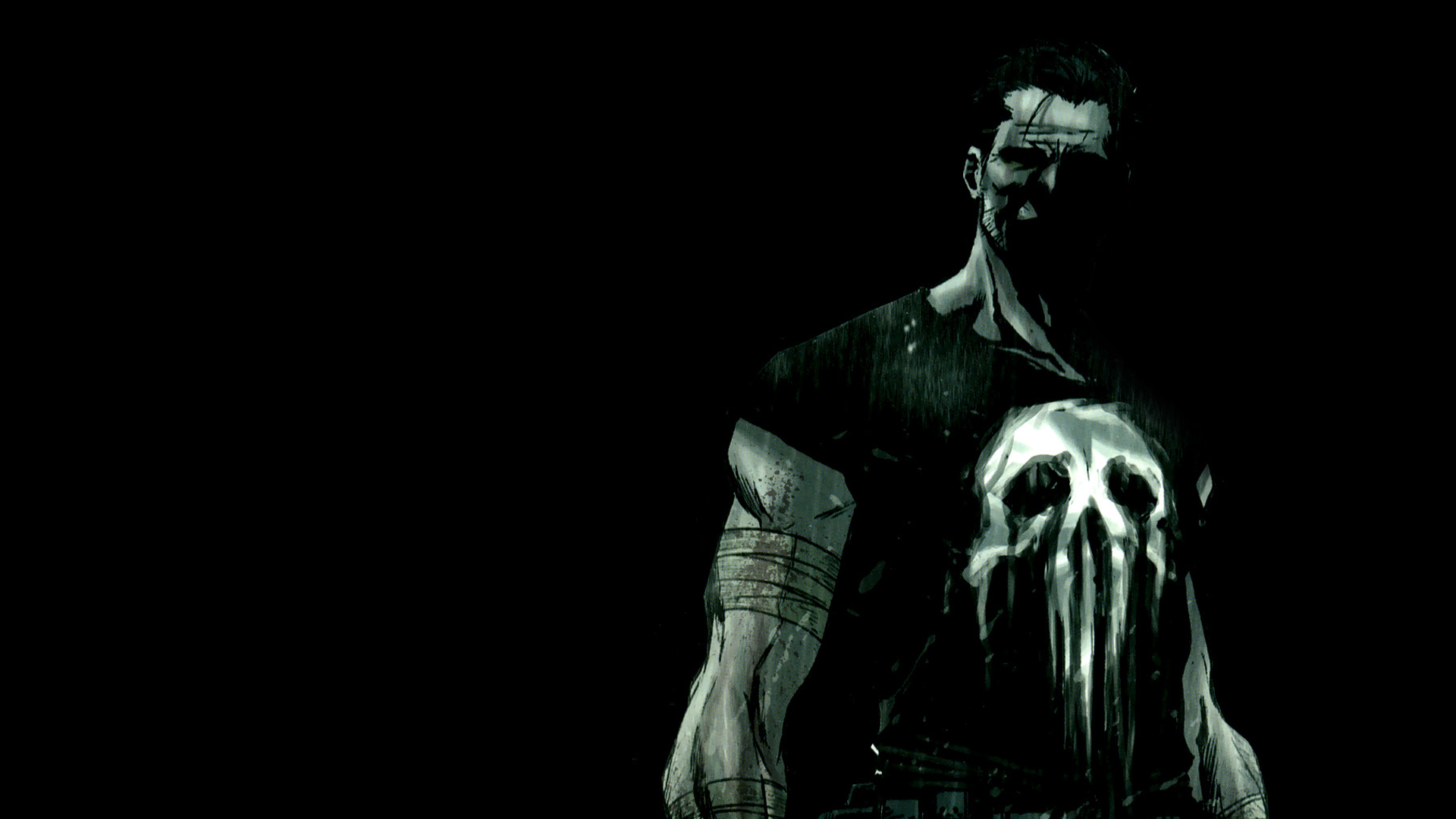 Frank Castle, in many ways, is the best representation of a U.S. war veteran in Marvel Comics. His lack of superpowers means that he relies solely on his training and his will-power to survive. When Frank’s wife and children are murdered by the mob, he assumes the persona of The Punisher, and exacts his vengeance on the scum of New York City. While some of his methods are controversial, Frank’s military background and level-headedness in battle are what establish him as a hero, and not a villain. 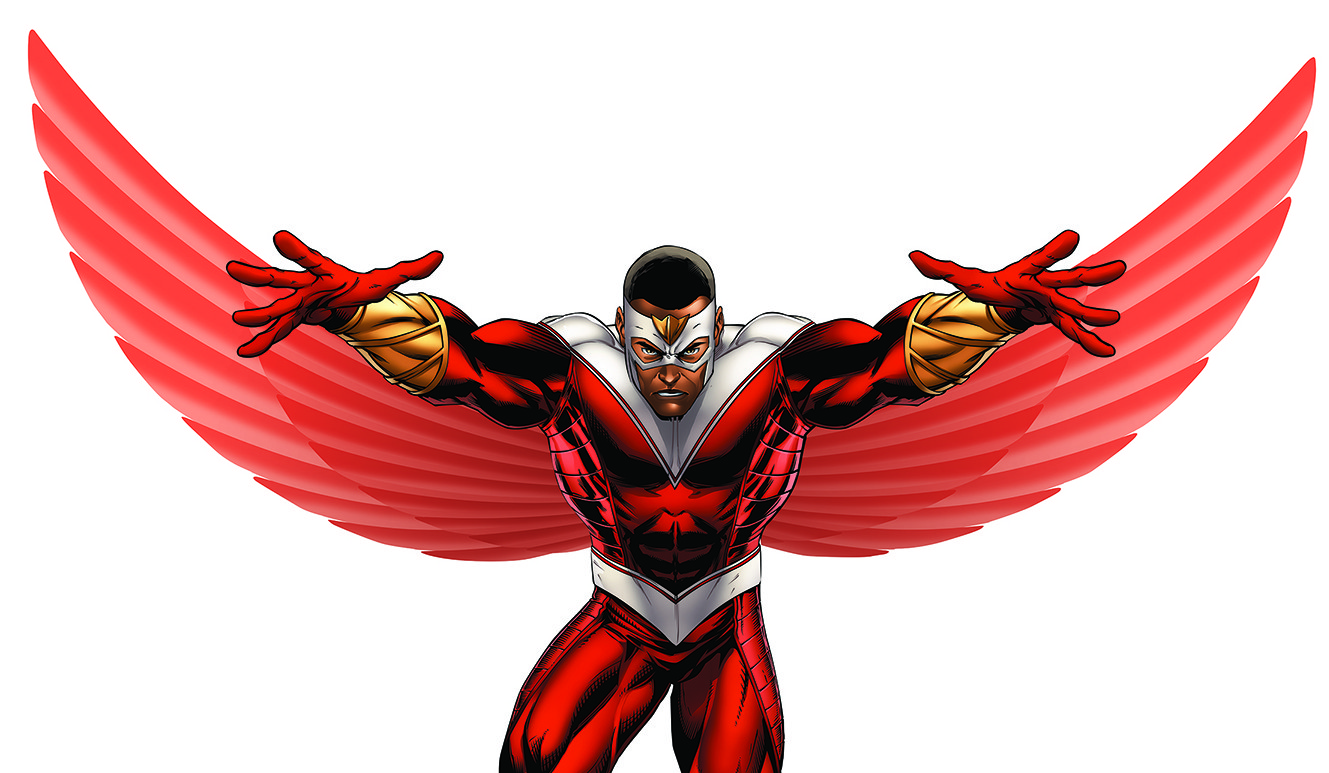 Depending on your source, Sam Wilson’s history might differ throughout the years. But perhaps most famous is Sam’s background as a military paratrooper for the Air Force and National Guard. When Sam met up with Captain America, a newfound bond was formed, and the two became great friends, and better allies. He adopted the name Falcon, and used his crimson wings and falcon sidekick, Redwing, along with his military experience to fight crime. 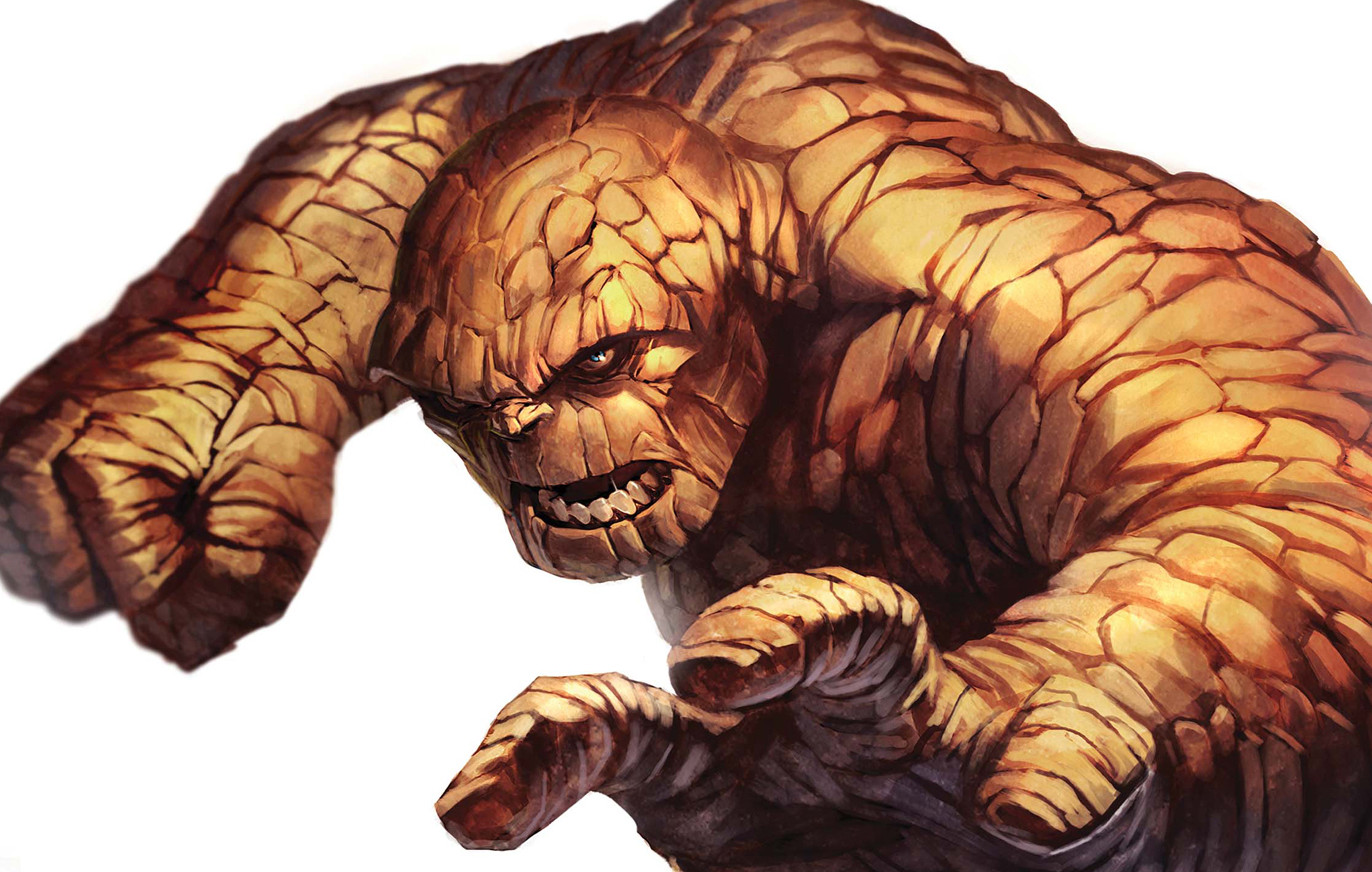 Ben Grimm has always been known as the muscle behind the Fantastic Four, but his heroics began much earlier, before his rocky transformation. As a member of the Marine Corps and a proven gifted pilot, Ben Grimm quickly became a highlighted member of the armed forces, and also worked his way up to NASA. His physical transformation with his famous teammates might have changed his looks, but Ben Grimm continued to use his military training and expertise, helping the team defeat their adversaries issue after issue. 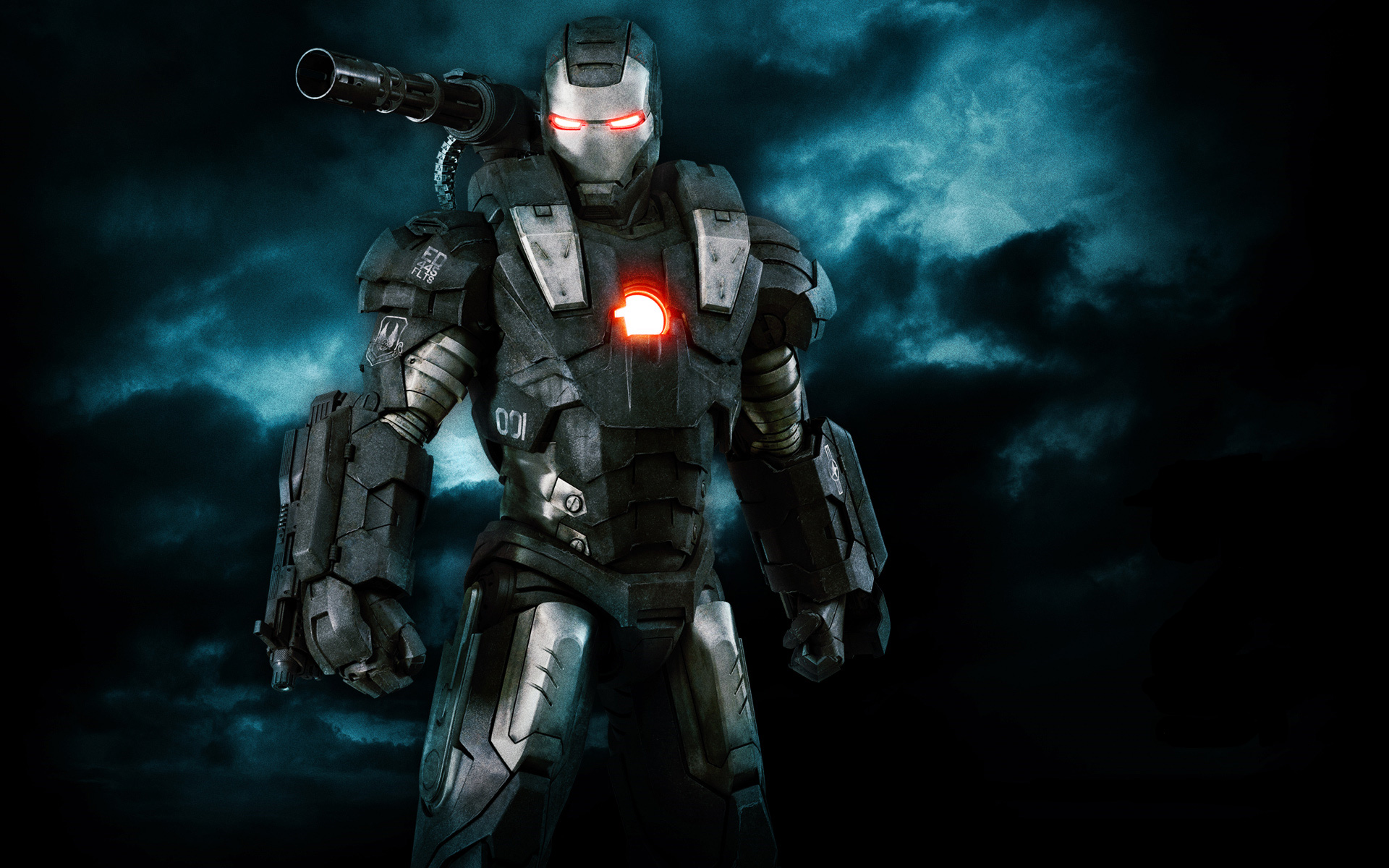 James “Rhodey” Rhodes, in addition to being Tony Stark’s right hand man, is a Lieutenant in the Marine Corps and one of the nation’s most gifted and decorated fighter pilots. His flight experience made him the go-to choice when Tony needed a new body to fill one of his Iron Man suits…and we all know where that led him. As the newfound superhero, War Machine, Rhodey used his military prowess and fighting tactics to dismantle his enemies. 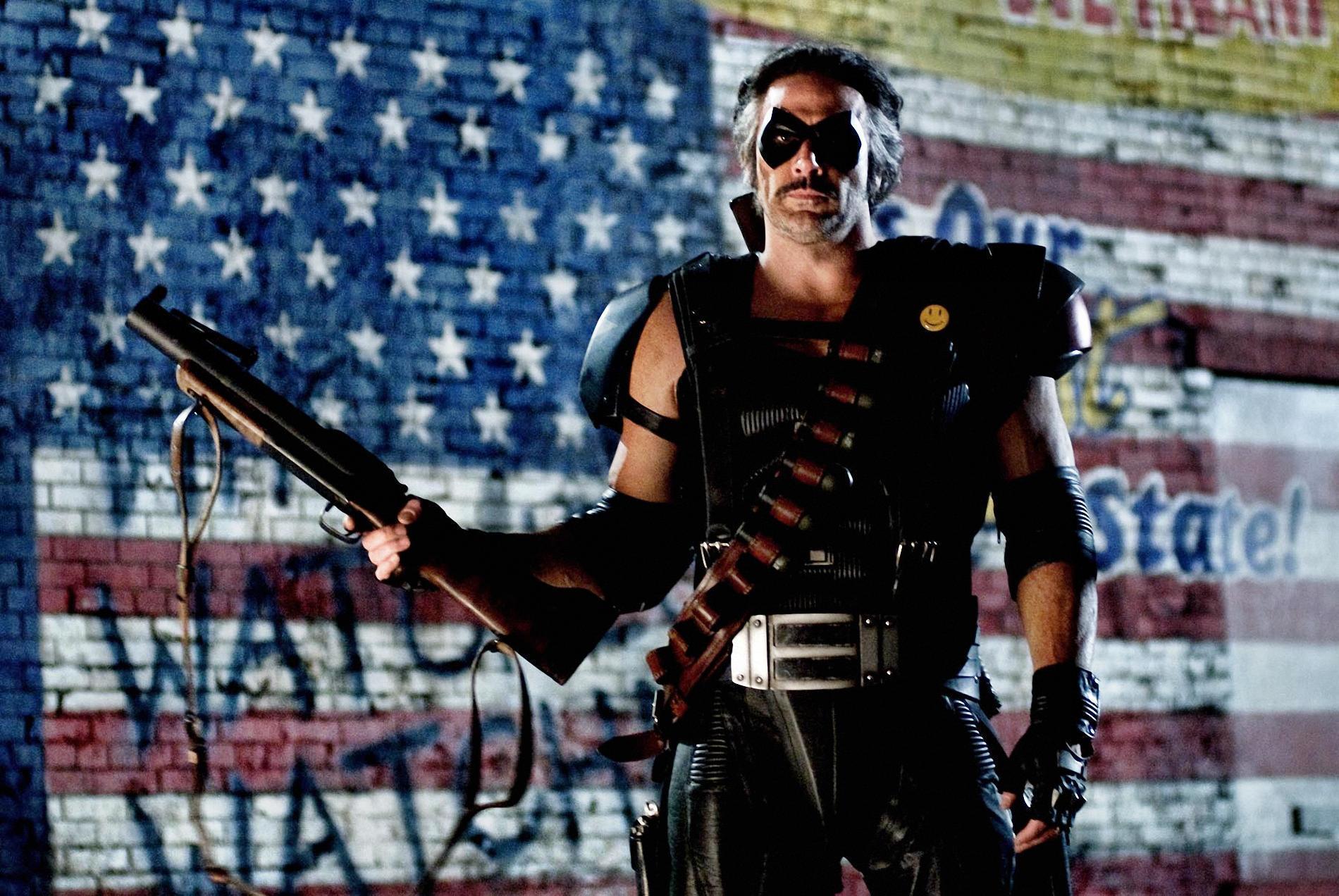 Yeah, we can branch out from the usual Marvel/DC stuff for a second and appreciate a rather unsung hero of the comic/graphic novel world. Eddie Blake, better known as the snarky vigilante and mercenary “The Comedian”, is a veteran of WW2, Vietnam and countless other wars and battles, but technically never went through military training. But, as a hired gunman for the military, he helped save American lives on numerous occasions. With a pretty shady and sometimes despicable history, The Comedian is often a subject for debate, but he still made a name for himself as a proud American war veteran. 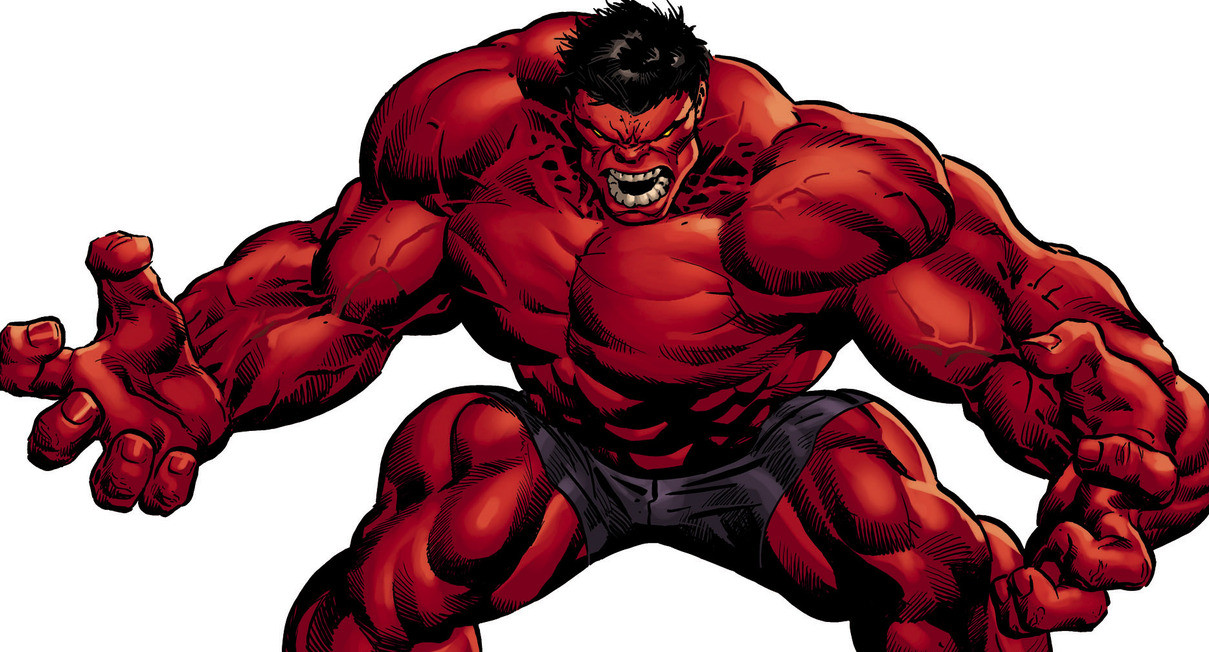 Thaddeus “Thunderbolt” Ross has long been associated with Hulk-lore, often depicted as an angry Army General (or sometimes Air Force officer) who wants nothing more than to bring the big green menace to an end. However, following a super soldier program gone wrong, Thunderbolt Ross became the enormous, super-strong Red Hulk, an anti-hero with as much or more power as the Hulk and with a military background driving his fighting tactics. His methods are questionable at times, but Red Hulk still fights with the best intentions, and carries the markings of a true American vet. 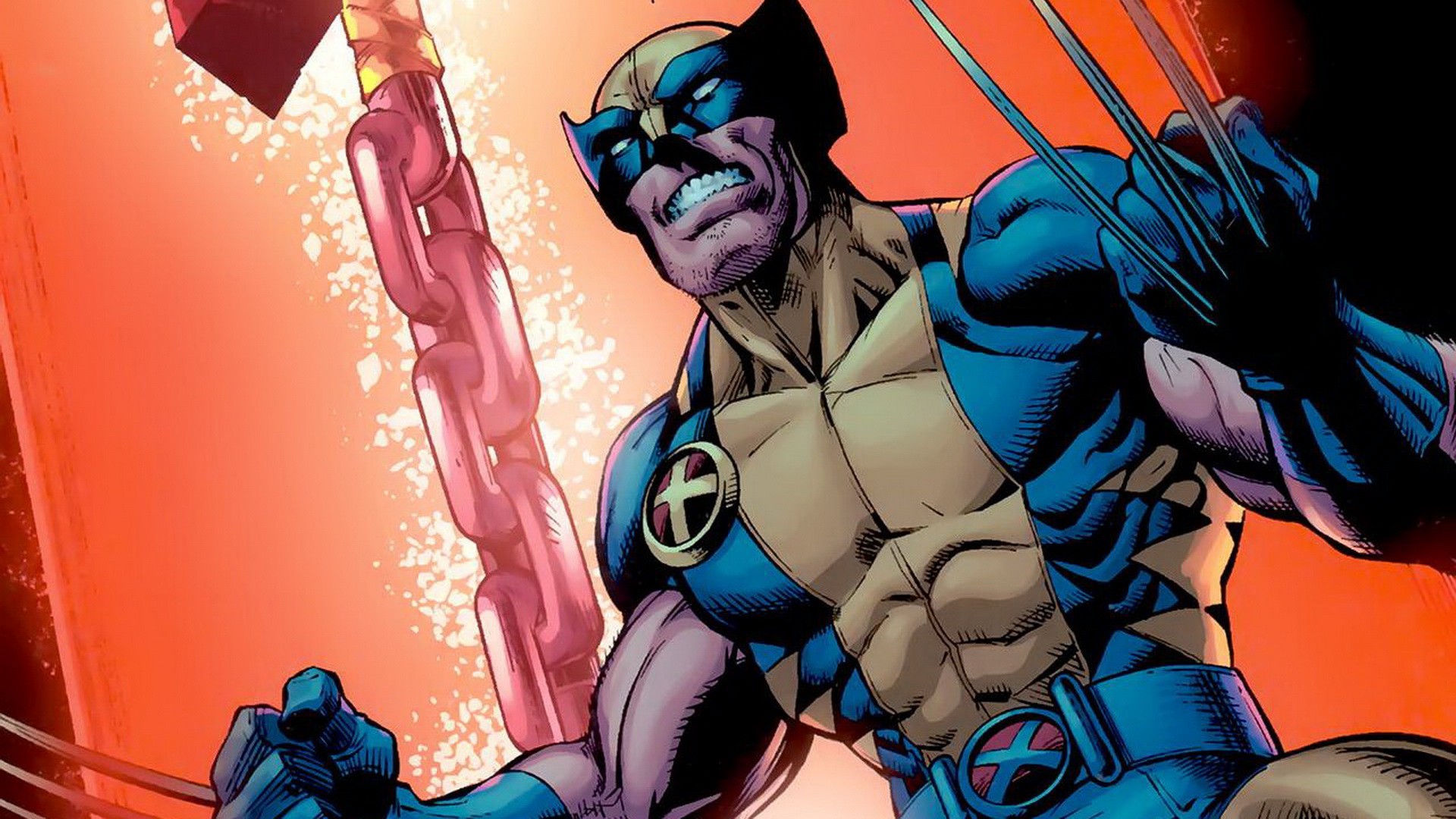 Logan has an elaborate military history, depending on your sources. His regeneration and slow aging make him a go-to choice on the battlefield, so it should come as no surprise that Logan is a tough and proven veteran of the armed forces. Most notably, Logan fought alongside Captain America in WW2, later reteaming with Cap in modern day. Only thing we know for sure is that we sure wouldn’t want to be on the receiving end of that attack on the battlefield.

Those are just some of the more famous and notable veterans in comics, but we could go on and on. One thing that’s for certain, our love and respect for our fictional heroes can never truly live up to the gratitude that we have for the real vets…those folks are and always will the real deal. They’re the true heroes. For those who are no longer with us, we cannot express our gratitude. If you served, are serving, or know someone who served…thank you for your service. We’d love to hear from you in the comments below.

Which superheroes do you think we should have included on our list? If you were a soldier, what hero would do relate to?