As Marvel’s Ant-Man, Paul Rudd knows a thing or two about being tiny. So it’s only fitting that he’s narrating and executive producing Tiny World, a new 12-part docuseries for Apple TV+ that’s all about the minuscule creatures that live beneath all our feet. The series is created by Tom Hugh Jones the creator of stunning nature documentaries Human Planet, Night on Earth, and Planet Earth parts I and II for the BBC.

You can check out the first trailer for this new documentary series down below:

As Paul Rudd says in the trailer, “heroes come in all sizes.” The series may have already found its hero in the adorable four-inch Pygmy Marmoset. Also known as the world’s smallest monkey, the little critter definitely stole the trailer. Although we know the whole series can’t be about this little one, it’s fair to say we already kind of wish it was! 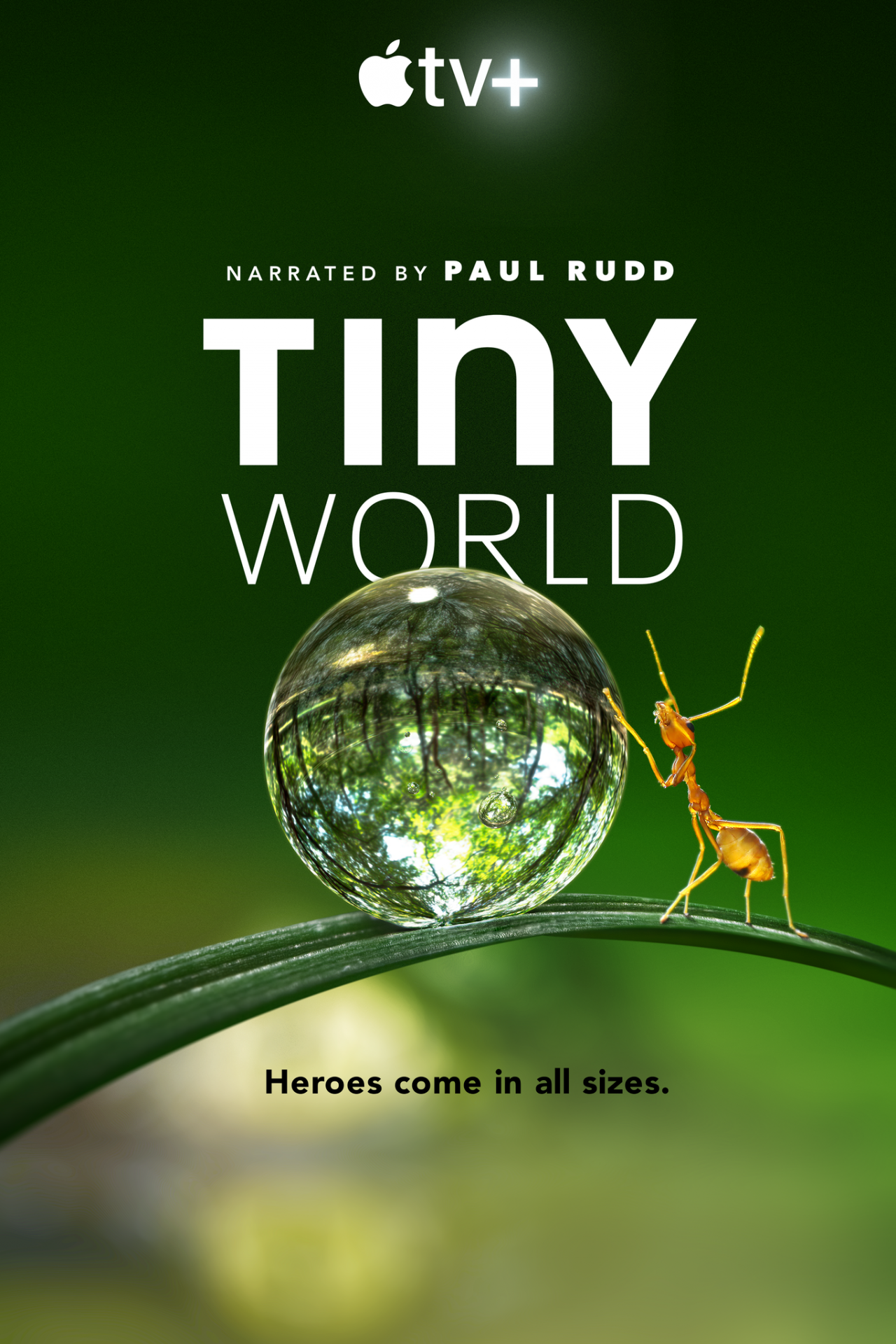 Tiny World gives viewers a unique perspective into the natural world “illuminating the ingenuity and resilience of some of the planet’s smallest creatures.” The series filmed 200 species using specially equipped cameras. Each of the show’s episodes combines stunning cinematography with dynamic storytelling. All to give viewers a window into the world through the eyes of its tiniest animals, and to witness the extraordinary things they do to survive day-to-day.
This new docuseries took almost ten years to complete. Footage for Tiny World comes together from nearly a decade of filming in ecosystems all over the world. Moments were capture from locales far and wide, ranging from the African savanna to the average backyard garden. And they reveal never-before-seen moments captured by the latest in groundbreaking video technology.
The first six episodes of the 12-part series will premiere globally on October 2, 2020. The second half of Tiny World will follow in 2021.
Featured Image: Apple TV+
Top Stories
Television