Pathfinder’s Knights of Everflame is a Pathfinder Second Edition campaign written and run by Jason Bulmahn. A group of five strangers who board a caravan heading to Lastwall, an ancient kingdom watching over the grave of a long-dead menace… you can find them on Tuesday evenings on Twitch!

Storytelling in all tabletop roleplaying games shares a common thread. Your end goal is to have fun, create engaging content, and watch your players agonize over tough choices. We’ve covered a lot of ground talking about effective tricks and storyteller tips that are system agnostic. Yet every game system has something special to itself, that it does better than others (otherwise, we would just have one mega-system). Pathfinder is fantasy based, so it introduces some specific storytelling tools with the second edition that make its gameplay stand out.

The experience systems are a treat to work with, and I’m particularly fond of any game system that gives us a chart that tells me to use this box for: ‘Extreme-threat solo boss’. Encounters and their experience rewards are just numbers on a spreadsheet without story context however, so let’s focus instead on three storytelling tricks to make your Pathfinder experience better! 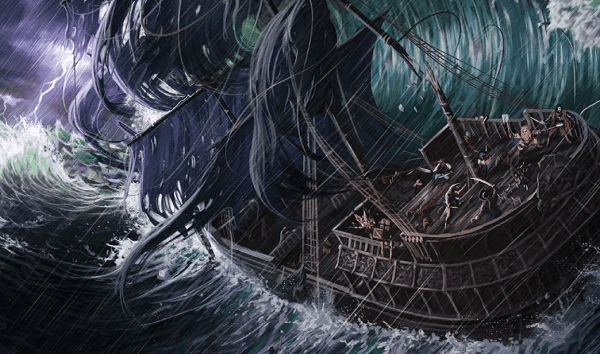 Every character should have a goal and every storyteller should have an objective. Pathfinder thrives on the fantasy nature of collaborative storytelling with a focus on the story of the characters. That doesn’t sound very different than many other game systems, and character-centric models aren’t earth-shattering news. It still needs to be mentioned. Like many character-centric games, Pathfinder flows better if you have a session-zero before you create your story.

Ideally, a storyteller would think of a simple pitch: “A campaign set in the Impossible Lands kingdom of Geb about being among the living in undead society.” From there the party would each build their characters alongside you. Picking out their ancestries, classes, background skills, and even their starting gear should all be taken into account. Most importantly, they should each have a personal goal. Once you’ve got their characters, sit back and take a few days to weave their web together for the first adventure. Building your campaign this way, and it will make the next two Pathfinder-centric systems easier to run.

Pathfinder has a rarity system included in its treasure, spells, and locations. While other game systems can have ample wiggle room in ignoring the rarity of a spell, Pathfinder shines when it is used. At the start of a game, let your players know your expectations on rarity, and stick to your guns through the campaign. Even a simple spell like Detect Evil is actually listed as an uncommon spell. While we may scoff at the restriction, and players may even balk at how common it is in other systems—but it makes sense here. Detect Evil is an uncommon spell because it can be the focal point of a mystery or horror story. When only one person in the town has the spell in a dusty reliquary, it adds to the player’s tension.

Using rarity also allows you to reward players for their hard work. Pathfinder already features a horizontal progression track for characters in the form of skills, so using rarity on other features creates a third form of progression. Storytellers are notoriously good about restricting ‘super rare’, ‘legendary’, or ‘artifact’ level equipment (to the point where most never see play). For Pathfinder, restrict things at the Uncommon level and let them seep into the game naturally. The second edition book layout system makes using this rarity feature incredibly easy and the game is enhanced ten-fold by using it. Players will find spells, skills, or items they want and they make great barter for quest rewards. 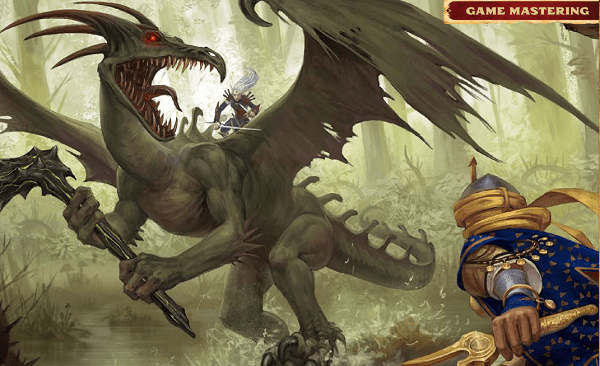 In Pathfinder, characters are rewarded with Hero Points that are used on a per-session basis. Every game session you give out a Hero Point to each player, and you can give out more mid-session as good roleplaying rewards. Think of them as positive reinforcement for taking risks and heroic moments if you will. In every game session, a storyteller should strive to hand out at least one hero point per player. This means you’ll need to find chances to shine a spotlight on each party member and give them that opportunity. Making a checklist for each character and hiding it behind your screen is handy for keeping track. As you run the game, keep your tally of who has had their chance to earn their reward.

Hero Points work in your player-characters favor by giving them the ability to reroll dice, or stabilize from dying. Working the Hero Point system as a storyteller, however, makes the game vastly more dynamic. When you are running mid-session staring at a checklist—you are forced to include tense spotlight moments. The characters can pass or fail the moment, but they need that opportunity. The Hero Point system is a hidden gem of storyteller tempo management to ensure the game never becomes boring or dull.

What’s your favorite Pathfinder adventure? Let us know in the comments below!