Game Master Jason Bulmahn leads a group of five strangers (Gina DeVivo, Jeremy Steven Walker, Aki, Erika Fermina, and Rachel Seeley) who board a caravan heading to Lastwall, an ancient kingdom watching over the grave of a long-dead menace. Watch Knights of Everflame every Tuesday!

One of the major overhauls between editions of Pathfinder is the way actions are taken in combat. Pathfinder Second Edition gives every character in an encounter three actions during their turn. This allows greater tactical thinking for players and Game Masters who can move around the battlefield more dynamically, attack with greater efficiency and choose whether they want to defend carefully or push hard on their opponents. The designers went through the rulebook and attached clear iconography to the actions of PCs and NPCs to make it clear just how many actions a tactic might take. Let’s take a look at each type of action and the common applications of each. 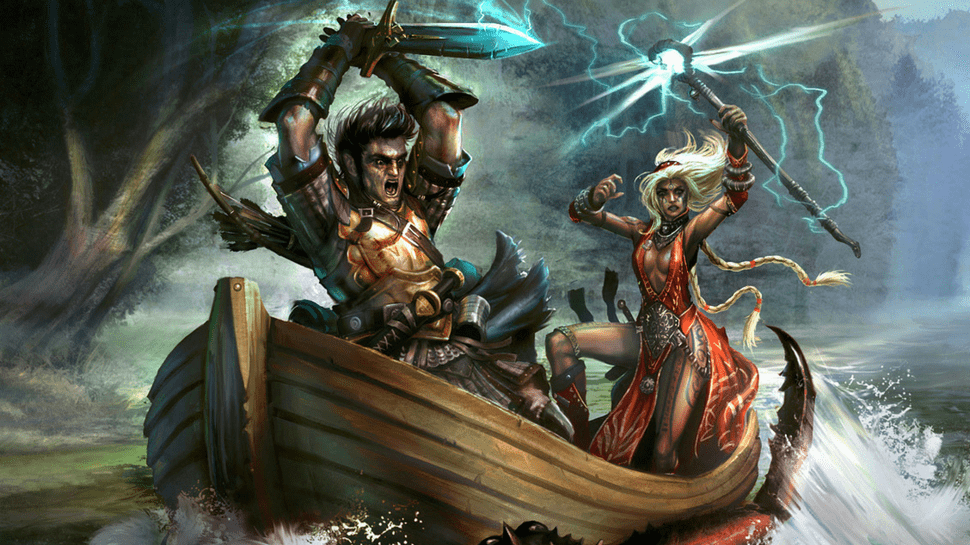 Stride allows a character to move their full speed in a single action. This makes movement around a battlefield much easier, though characters who wish to move cautiously and avoid Attacks of Opportunity can still spend a single action to Step and carefully move 5 feet instead. That means a character can move up to 15 feet without triggering any reactions.

Strike is the basic attack action. As a single action, that means it can be used up to three times in a turn, which means characters no longer have to wait for multi-attacks at higher levels. Extra attacks do come with heavy penalties, although class features, feats, and weapon bonuses exist to reduce these penalties for certain builds.

Defensive actions also cost a single action. Things like Raise A Shield and Take Cover allow characters who might not be built to take a mace to the face a precious defensive bonus to live another day. Even when going defensive, they still have two actions to use to get things done during an encounter.

Actions that take two or three actions at a time fall under this heading. This is often where special abilities live in the action economy, such as the Twin Feint of a rogue or the Breath Weapon of a dragon. The more powerful an ability is, the more actions that must be spent. A two action activity still leaves room for a little movement or a second basic attack, while a three action activity soaks up the character’s whole turn. 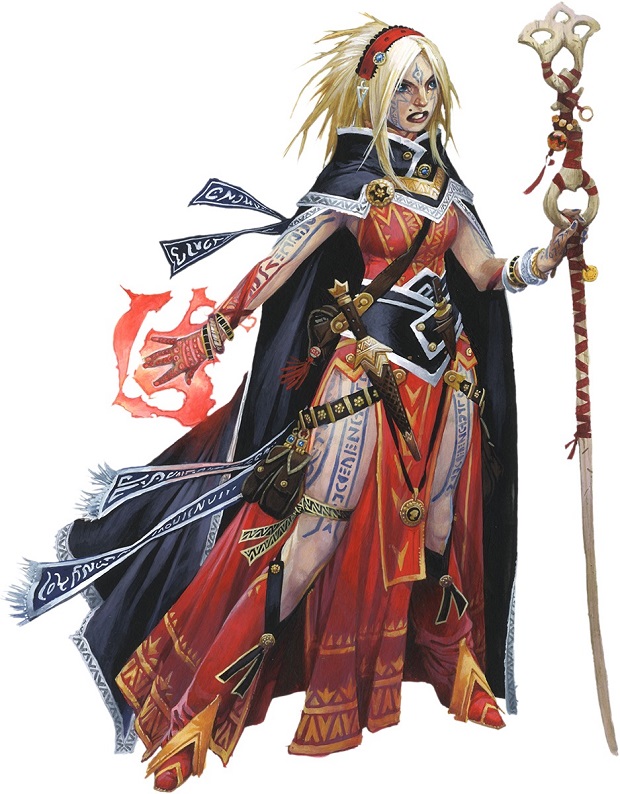 Spells are scattered across the entire action economy but many of the most impressive ones are activities. This adds a little bit of tactical consideration to spellcasting since the caster has to decide whether to move or take cover before or after a spell but it also opens up the awesome possibility of casting multiple spells in a single turn if the player is willing to burn enough spell slots (or focus points) to do so.

These actions don’t cost one of a character’s regular action. Instead, they often trigger off of something that happens in the encounter. The most common application of a Free Action is the Delay action, when a character wants to wait to do something until something else happens first. “Wait until the orc comes through the door then I shoot him with my crossbow” is an excellent example of a Delay action, but many more exist in the feats and features of the classes. These free actions often allow characters to do something and still have their full suite of actions that would require a different character to take a single action or more to do.

Reactions are a fourth single action, but they come outside of a character’s turn. Many reactions are defensive in nature or are allowed to save a character from a dire fate such as Grabbing An Edge when being pushed over a cliff. Defensive spells also often trigger as reactions when a caster takes damage or is otherwise interfered with. Reactions can also be used offensively like a class feature that deals damage when something hits the character. The most common one is the Attack of Opportunity that can be taken when an enemy character tries to move past another during an encounter. The key to using reactions effectively is knowing when to use it; every character only gets one to use in between their turns!

Take a quick moment to review how a character’s actions fit into the new action economy of Pathfinder: Second Edition. Knowing the best way to play a turn can mean the difference between life and death!