OVER THE MOON Achieves Liftoff in Magical New Trailer - Nerdist

OVER THE MOON Achieves Liftoff in Magical New Trailer

The latest trailer for Netflix‘s upcoming animated film Over the Moon offers a different look at the story. Previous promos have focused on its young protagonist’s journey from the Earth to our lunar neighbor. But this new teaser explores what she’ll find when she gets there. It’s a magical, almost psychedelic realm of incredible creatures, beautiful colors, and a singing goddess looking for her lost love. In a musical that combines science fiction, fantasy and a sweet family tale about friendship, determination, and dreaming big.

And as if that wasn’t enough, there’s also an adorable glowing space dog.

“Fueled with determination and a passion for science, a bright young girl builds a rocket ship to the moon to prove the existence of a legendary Moon Goddess. There she ends up on an unexpected quest, and discovers a whimsical land of fantastical creatures.”

Over the Moon, from Pearl Studio (Abominable), is an upcoming animated feature from Netflix. The streaming site calls it “an exhilarating musical adventure about moving forward, embracing the unexpected, and the power of imagination.” It will also explore cultural lore, all while using multiple stunning animation styles.

This newest trailer also gives us our best look yet at its Moon Goddess, the ruler of the magical moon world. Plus this latest look already has us completely in love with Ken Jeong’s Gobi. 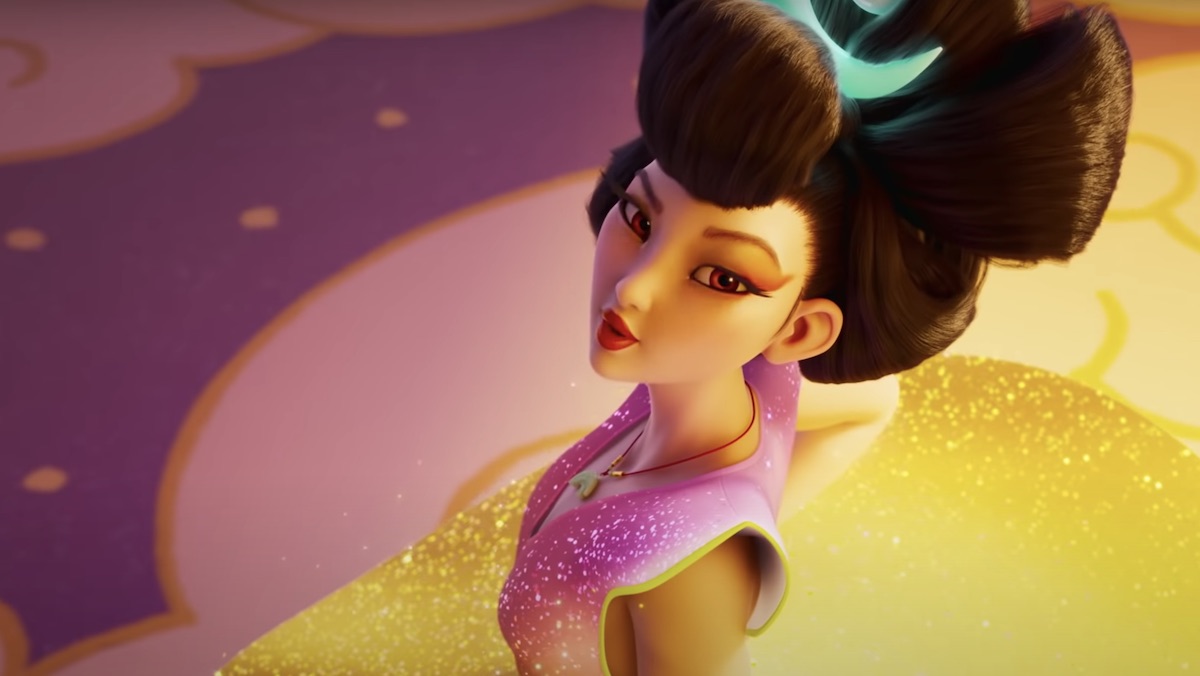 Over the Moon comes to Netflix later this year, on October 23.