Our Impressions of the New LEGEND OF FIVE RINGS RPG - Nerdist

Our Impressions of the New LEGEND OF FIVE RINGS RPG

Last year, Fantasy Flight made a huge splash at Gen Con with the reboot of the samurai fantasy setting Legend of the Five Rings. The original game featured two long-running games in the setting; a blockbuster CCG and a rich RPG that fleshed out the world. Both of the games drew in fans for the original. Card players got a chance to see the new Rokugan with the  Legend of the Five Rings LCG that released at Gen Con last year. This year, it was RPG fans who got a chance to enter Rokugan again for the first time. The Legend of the Five Games Beginner Box was at Gen Con this year and the full release of the RPG arrived earlier this month. We got a chance to play a few games with the Beginner Box, the Core Book, and the GM’s kit and meditated upon the results for this article.

Legend of the Five Games is an Asian-flavored fantasy setting. Fantasy Flight Games stripped away much of the original setting details to start fresh. While this may disappoint long-time fans of the setting that have absorbed nearly 20 years of material from fans and sourcebooks, the new game feels a little bit like the Marvel Cinematic Universe. FFG has established the basics that worked, thrown out a lot of the stuff that didn’t and has the freedom to put things back in or create new things moving forward. 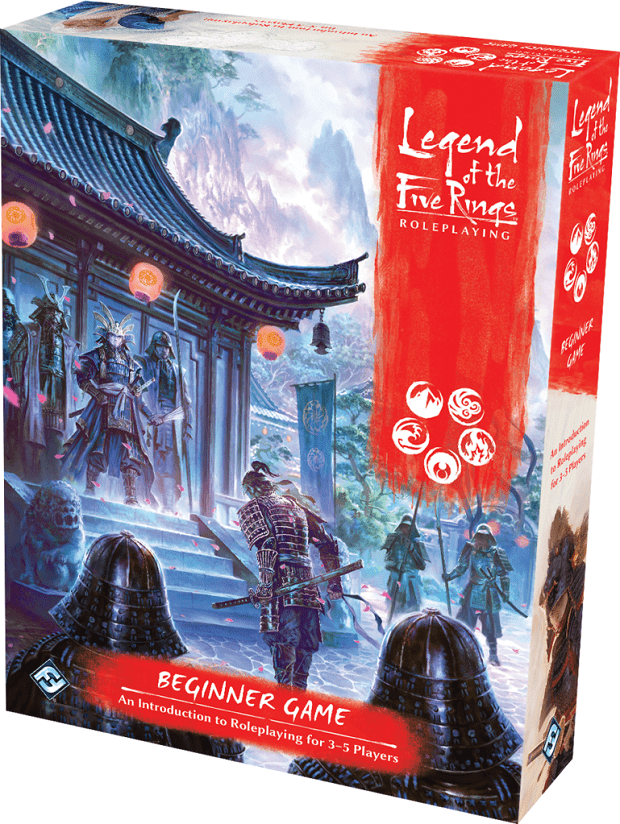 The Beginner Game boxed set is an excellent example of this. This introduction to the politics and battle of Rokugan offers its own take on “The Test of the Topaz Champion” which was the introductory adventure in the original Legend of the Five Rings RPG corebook. Both feature a tournament of untested samurai battling each other for a prestigious title. The original featured a subplot involving something that had already happened in the CCG. The current one features a request from a samurai ghost to protect the heritage of a fellow competitor to prevent shame from befalling a respected friend.

Both adventures feature the tension between the player’s desire to win the championship and their duty to honor the request of their superiors. But the new version of the RPG makes that a central part of the game’s mechanics. FFG’s Rokugan recognizes that it’s nearly impossible to be a samurai that always follows the law of bushido perfectly every time. The friction between what is asked and what the samurai is able to express is represented as strife. Strife reflects the small bits of emotion that slip through the usual samurai’s stoic exterior. It’s the joy of reading a beautiful poem, the rage of drawing a blade against a hated enemy, the fear of being found out when rendezvousing with a lover from a rival Clan.

Strife accumulates because of the samurai’s actions and goes away in one of three ways; it trickles away at the end of a scene if the samurai hasn’t picked up too much, it can be pushed away in chunks if the samurai engages in a roll involving one of their passions like armorsmithing or court gossip, or the entire amount can be burned away in an unmasking, where the samurai breaks the rules and expressed emotion in a big way that will likely have repercussions on their honor and status, such as showing up to a public meeting still drunk or challenging a rival to a duel without their lord’s permission.

Getting rid of larger amounts of strife is a player’s choice, as is soldiering on while carrying it. Pretending everything’s fine has its own price. Legend of the Five Rings continues the tradition of the “roll and keep” system in a new way. The game uses a dice system similar to its Star Wars or Genesys systems with proprietary dice (though a dice roller app is available for purchase and a conversion chart for regular fantasy dice are included in the book.) The dice with the best results—such as ones where multiple successes are achievable on a single die through rerolls, or opportunities that can expand successes with more information or better quality of success—often come with symbols that also require the player to take strife. If a character is already at their emotional limit, they can’t choose any of those dice. 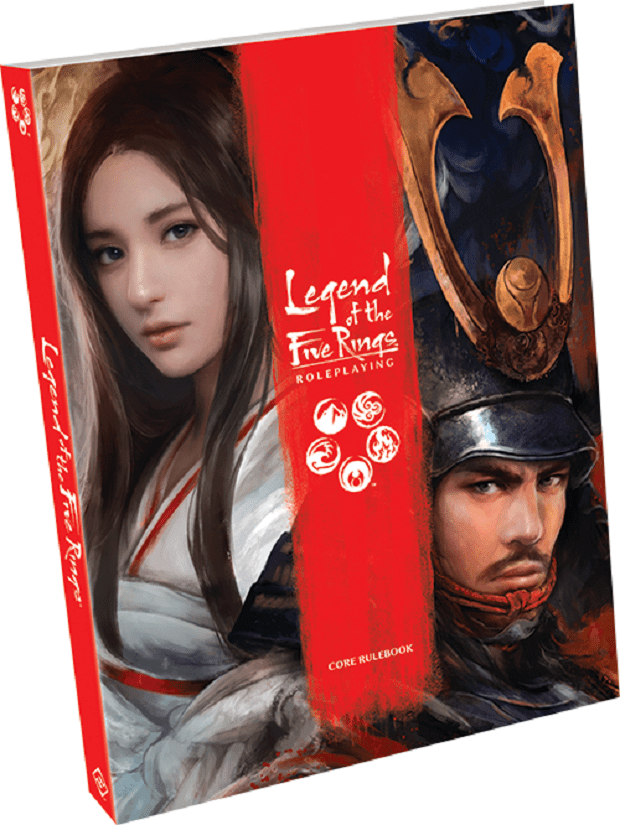 The Beginner Game keeps things focused on learning the system and removes a few bits to speed up play, but the Legend of the Five Rings Core Rulebook provides a lot more guidance for the new system. Rolling is approach based, using the ring that matches your approach. Does a character win arguments by turning an opponent’s arguments against them? That’s the Water ring. Is a samurai an aggressive attacker? That’s the Fire ring. Conflicts, whether physical or social, offer stances that correspond to the rings. The game offers a lot of advice on how each ring can be used with each skill, but gaming groups who dislike approach-based gaming might find this element frustrating until it clicks.

Each stance provides a benefit, such as the aggressive Fire stance adding extra damage based on how many strife symbols are kept. But the ring used in a stance is also the first one damaged in a counterattack, leading to wound penalties in future uses of the ring or even to permanent scars and disadvantages in the face of a devastating critical strike.

The RPG also uses an old tool in a new and intriguing way. Longtime fans of Legend of the Five Rings know about the game of 20 questions asked after character creation to help players develop their characters. The FFG game moves this process front and center, with the answers to specific questions directly impacting a character’s skills, rings, possessions, and other mechanical elements. I admit I was skeptical of this idea when I first read it in the beta and even upon reading the finished version, but when my players made their characters for our tests sessions for this article, their enthusiasm won me over. The lifepath nature of the process helped acclimate them to the intricacies of Rokugan and made characters they truly care about, which heightens the drama when their desires and duties clash with one another during play. 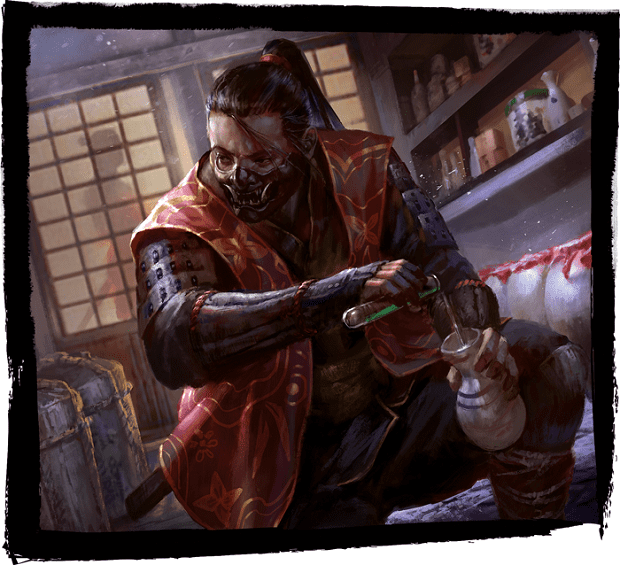 Fantasy Flight Games Legend of the Five Rings Roleplaying Game focuses on being a samurai drama simulator and succeeds honorably. I, and my players, are dying to know where their stories will take them next.

What’s your favorite samurai story? Let us know in the comments!

Images Credits: Fantasy Flight Games
A copy of the games were provided by the publisher.