Plenty of studies have found that the presence of relatable characters in film and television can shape our personalities and positively impact our life. It was Orphan Black—and the Cosima/Delphine relationship—that convinced me of this. The sci-fi series had a profound impact on my personal life; in fact, it changed my life’s trajectory over in a matter of years.

Season one of Orphan Black follows the sisters’ discovery and investigation of the Dyad Institute, and the so-called “monitors” who’ve been watching the fivesome. This leads one of the sisters, Cosima—a brilliant scientist who falls ill to the mysterious autoimmune disease—to Delphine, a fellow student who turns out to be her monitor. Unexpectedly, Cosima and Delphine fall in love with each other. From there, Delphine decides to continue working for Dyad on behalf of her partner and sisters in order to find a cure for Cosima’s unexplained illness. 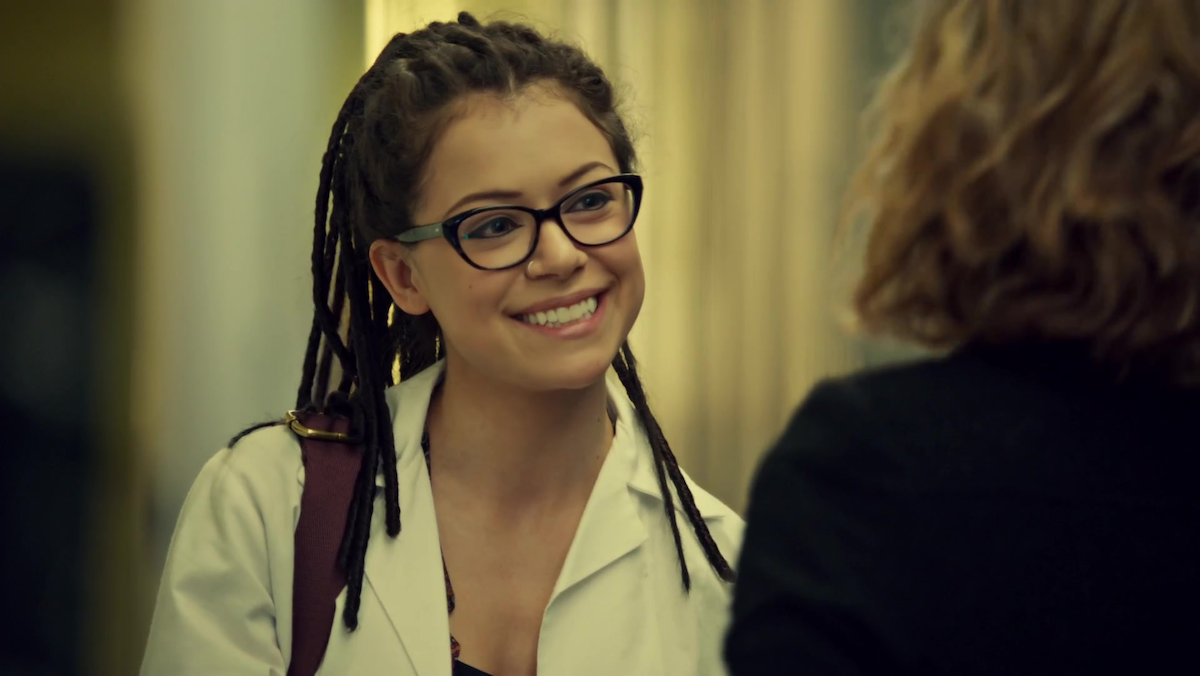 At first, I wondered what it was about their relationship that affected me so much. After all, I’d seen shows with LGBTQ+ representation before. But then it occurred to me that this was possibly one of the first television series I’d seen in which one’s sexuality was only a fraction of their complex personality, rather than the sole focus. Delphine doesn’t analyze her attraction to Cosima, who already identifies as a lesbian; the scientist simply accepts it. In the first season, she says:

“I can’t stop thinking about that kiss… I have never thought about bisexuality. I mean, for myself, you know? But as a scientist, I know that sexuality is a spectrum. But, you know, social biases, they codified attraction. It’s contrary to the biological facts, you know?”

My love for Cosima and Delphine only grew from season to season while I watched Cosima battle disease and Delphine fight Dyad. After finishing the second season and while waiting for the next one, I started a Facebook group dedicated to bringing Cophine fans together; I wasn’t expecting anything beyond fan fiction, art, or fan videos. I, myself, used to create stories about the couple. This collection of poorly written (English is my second language, please forgive me) stories by a then-first-year student will never be read again, ever. Nonetheless, their existence had an impact on my life. 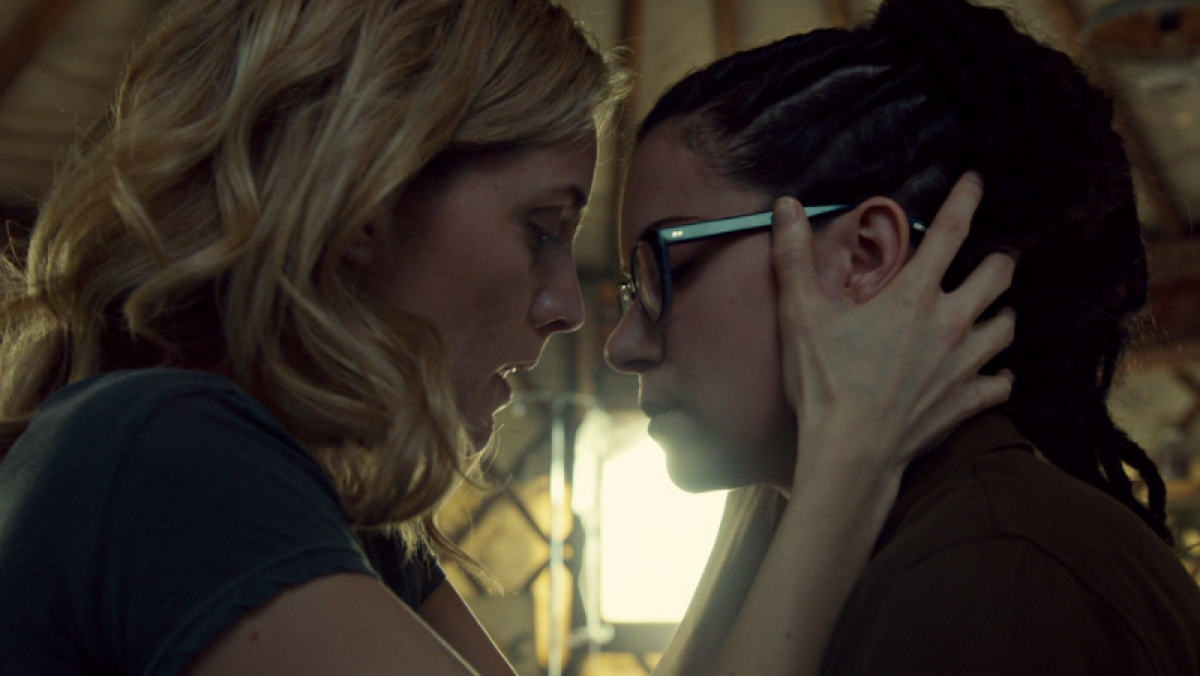 Soon after, I met Cristina, who was as taken with Delphine and Cosima’s characters as I was. I began messaging her, then video-chatting with her; she was from the United States, and I was from Poland. Cristina read one of my stories in which Cosima dies, and Delphine struggles with it. She revealed to me that it reminded her of her departed friend and affirmed that it was beautiful.

We began talking every day. The time zone was our secret enemy; one of us had to stay up late or get up early every day to chat with the other. We both continued to watch the show and followed the love story of Cosima and Delphine, while falling for each other at the same time. That led to my first voyage all the way to the United States to see her. 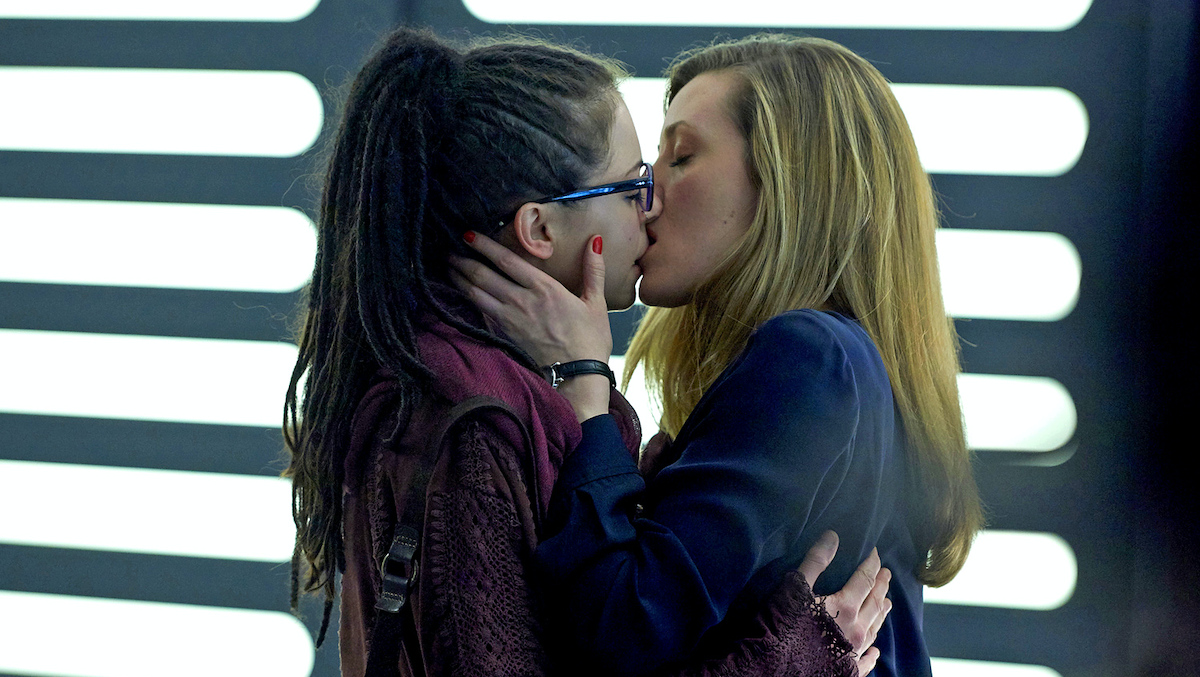 Thanks to Orphan Black, and, specifically, this beautiful relationship between two female characters, I met my now wife, moved to the United States after graduating from the university, and I continue writing in film and television criticism. The character’s love and passion connected Cristina and me and intertwined our lives forever.

That is why the presence of LGBTQ+ characters onscreen is so essential; it may truly affect and shape your life in ways you cannot imagine. At the same time, it’s critical to recognize that, while the LGBTQ+ presence in film and television is growing, we still need more diversity, as we see mostly white couples and characters. Everyone deserves to see themselves, to relate to characters that we grow close to, and to be proud of who we are. Let’s hope it only gets better from here!