The original 1992 Aladdin is an animated classic. It’s one of the best films from Disney’s Renaissance Age. And it features arguably the single greatest voiceover performance in movie history, Robin Williams’ iconic role of the larger-than-life Genie. No one would question why you might say it’s your favorite film from that era, or why that friendly blue wish-granter is your favorite character. But chances are, no matter how much you adore both the movie and the Genie, there is a limit to your love. And it comes in the form of a hard financial cap. Because it’s doubtful you’d be willing to pony up $6,000 for a vintage t-shirt from the film, which is what one just went for at auction. 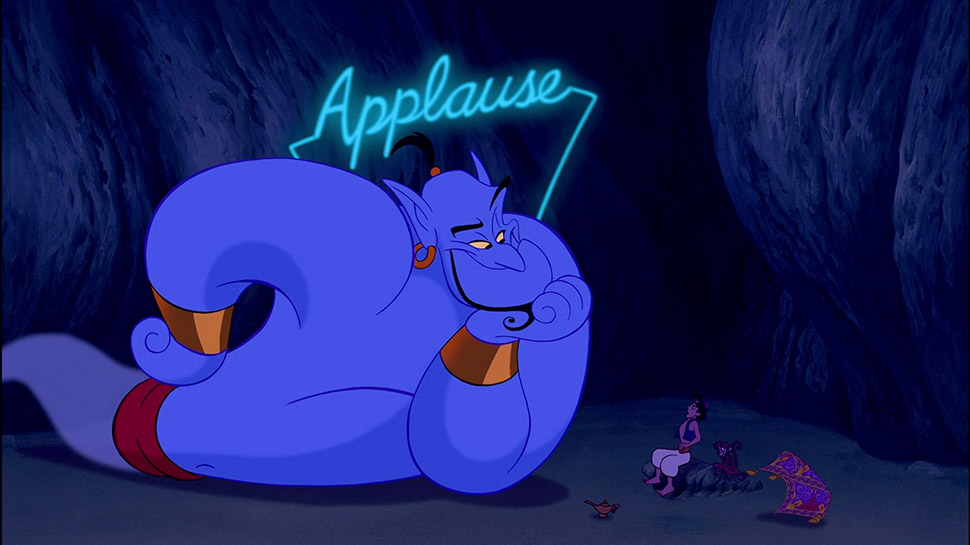 The Wall Street Journal recently reported on an incredible, almost unthinkable clothing sale (which we first heard about at IGN). Corbin Smith, 27, sold a retro Aladdin t-shirt that is older than he is. He put the shirt, which features an oversized Genie, up for grabs on Virtual Flea, a livestream market sellers have been using during COVID. Smith had purchased the shirt for $500 back in December and was hoping to get $2,000 on it. He did slightly better.

It was bought by vintage t-shirt collector Josh Adams of ShirtCheck. According to The Wall Street Journal, Adams believes he possesses one of the biggest pop culture shirt collections in the world. At the very least we’re certain he now owns the world’s most expensive Aladdin t-shirt.

While $6,000 might seem like an insane price to pay for any t-shirt, it could prove to be quite the investment. That vintage piece of clothing already jumped up a crazy amount of value in less than a year.

And that has us thinking. We’ve always wanted to find a magic genie’s lamp. But maybe we should be going through our old clothes instead.