Oreo Built an Asteroid-Proof Vault to Protect Its Cookies - Nerdist

Oreo Built an Asteroid-Proof Vault to Protect Its Cookies

The planet is unlikely to be hit by an asteroid on November 2. But in the rare case that giant rock does crash into our home world, and Earth becomes a barren wasteland with few survivors, those who remain will still be able to look forward to one thing—enjoying Oreos. Nabisco has built an asteroid-proof vault in the permafrost of Norway to keep that iconic cookie and its recipe safe.

Asteroid 2018VP1 will come close to our little blue marble on November 2. NASA says there is little chance it will actually strike the planet. (Though at even 0.41% odds that feels a lot closer than we’d like.) Nabisco isn’t taking any chances, though—or simply knows a good marketing opportunity when they see one. The company doesn’t want to risk a future without Oreos. (Clever promotion or not, that’s a commendable cause.) So they have built the very real Global Oreo Vault.

Located in the permafrost of Svalbard, Norway, the asteroid-safe vault is now protecting Oreo cookies, powdered milk (which will only require any post-apocalyptic survivors to add snow), as well as the top-secret Oreo cookie recipe. You can watch the story behind the bunker in the video above. 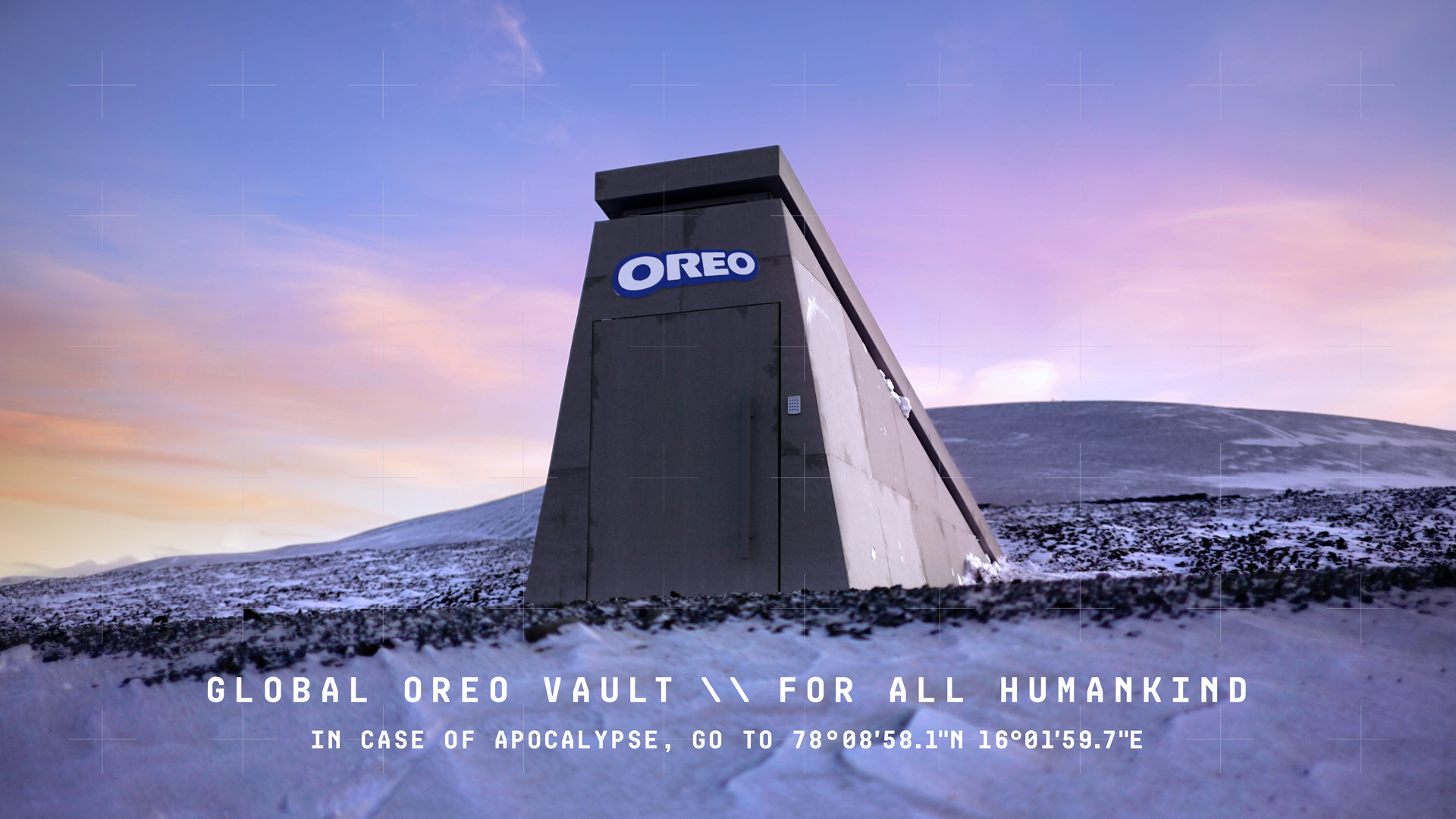 The idea for the Global Oreo Vault came from other “doomsday” seed vaults around the world. They keep vital seeds safe, deep in the permafrost, in case mankind finally blows itself up or we kill all our resources. But Nabisco took extra precautions with their cookies. The survivor Oreo packs are also wrapped in mylar, “which can withstand temperatures from -80 degrees to 300 degrees Fahrenheit and is impervious to chemical reactions, moisture, and air, keeping the cookies fresh and protected for years to come.” SMART.

If it does hit us, though—yay?…nay?—and you survive, you’ll know where to go to start building a better, more delicious world.