Travel Back to 1996 with Vintage OREGON TRAIL Featurettes - Nerdist

Travel Back to 1996 with Vintage OREGON TRAIL Featurettes

I’m too young to be a Gen Xer, yet too old to feel like a Millennial. I don’t fit in with either group, and I’m not the only one. A small subset of people born in the late ’70s and early ’80s are called Xennials, because we grew up in a pre-internet world, but have spent a lot of our lives online. But there’s a better, more accurate name for us, one that perfectly captures the technological divide that defines us. We’re sometimes called The Oregon Trail Generation, after the beloved computer game we played in school. And while the game was first invented 50 years ago this year, it made its seminal CD-ROM debut in 1996. Twenty-five years ago no one could have known how formative it would be for young children to watch digital characters die from dysentery and snake bites. Not even the game’s creators.

But they did have an idea they were creating something special. That’s clear in these old videos of the makers of The Oregon Trail on CD-ROM talking about the game.

The world wide web has dug up some vintage videos (that we first saw at The AV Club) from 1996 to celebrate the game’s dual anniversaries this year. They feature the people behind the game talking about the history of The Oregon Trail, their upgraded version, and what they thought the franchise’s future might be. 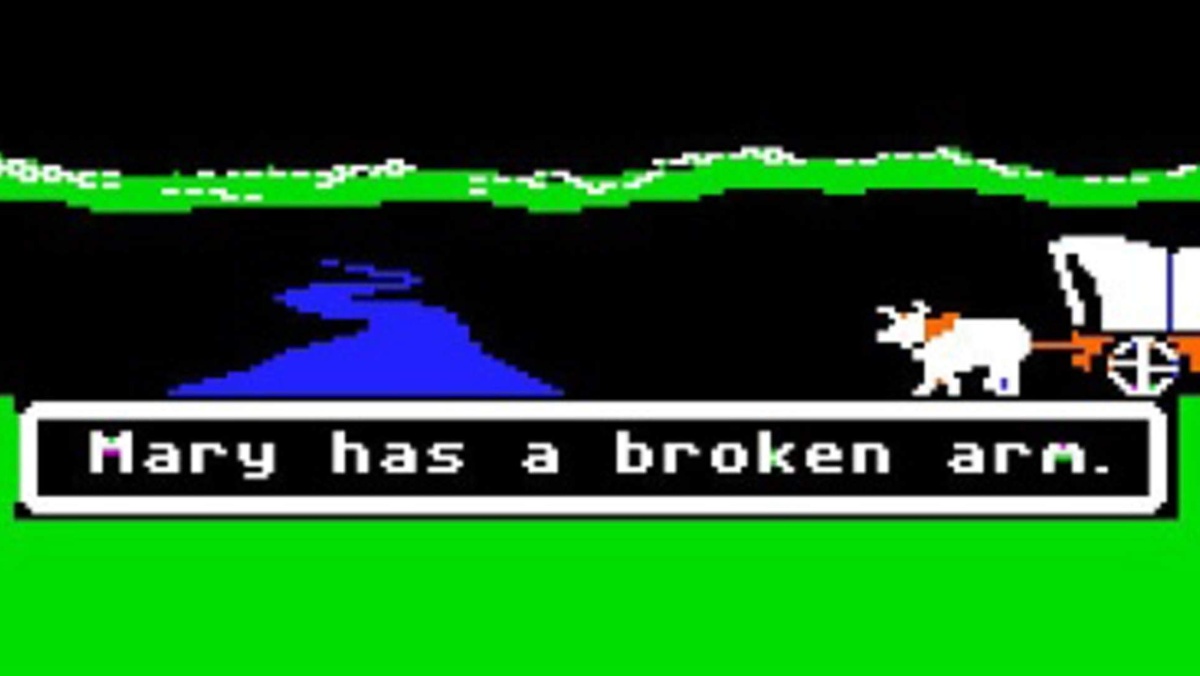 These videos also provide a delightful little time machine to the style of the era.

No one predicted the game would define a small generation, though. But decades later it’s easy to see why it did. This game, in an earlier, more rudimentary form, was my first introduction to computers. Like the settlers on the trail, it bridged the divide from the old analog world to the new digital frontier.

And it also taught me why its dangerous to ford a river. Did Gen X know that? And do Millennials even care? No wonder I don’t fit in with either group.