MONOPOLY FOR MILLENNIALS Is a Real, Savage Game

If you read anything on the internet, then you’ve seen every article blaming millennials for “killing” everything from bar soap, to beer, to chain restaurants. Apparently, millennials have even killed pants! Although I’m not entirely sure about that one; I’d swear I still see people wearing those.Well, apparently, millennials are also killing board games. Or reviving them, take your pick. Thanks to Wish-TV, we’ve learnedÂ  Hasbro has announced Monopoly for Millennials, a version of the classic game which now plays into every stereotype we’ve heard for the generation born between the early ’80s to the mid-90s. 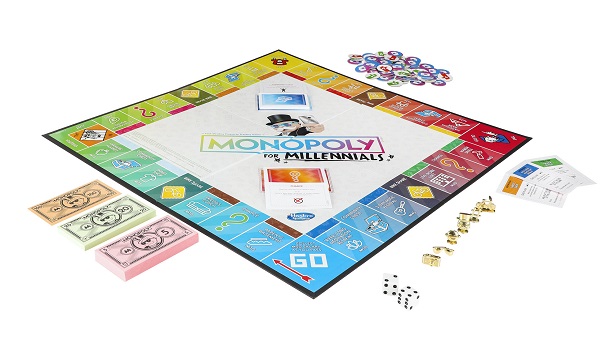 The game even has an tagline: “Forget real estate, you can’t afford it anyway.” Unlike the classic game, you can forget about buying property of any kind to dominate the board. Instead, the player who gets the most experiences, not the most money, wins. Yep.So what exactly are the experiences prized by the Millennial generation according to this game? They include a week-long meditation retreat, a three-day music festival, and even staying on their friend’s couch and eating at a vegan bistro. Basically, no stereotype is left behind. I wouldn’t be at all surprised if they counted tattoos as points. 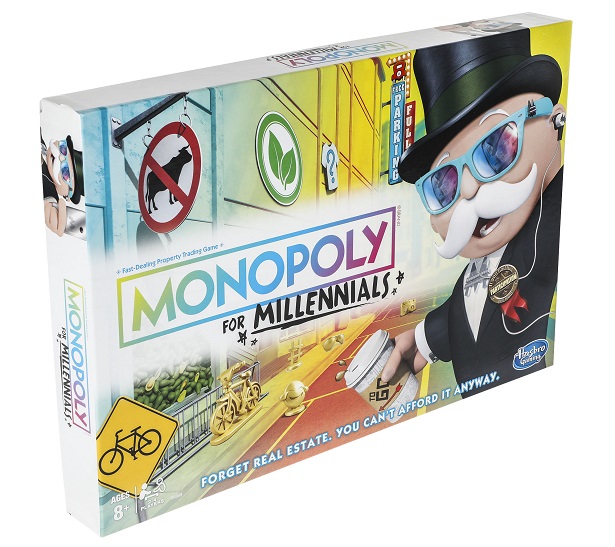 While it seems many millennials people are offended by this game, can I, a Gen-Xer, say I’m just sad I was cheated out of Generation-X Monopoly? The game could have included prizes of trips to the coffee house and flannel shirts, and scored points by how much MTV and Beverly Hill 90210 we consumed. Seriously, I want that game; make it happen for me, Hasbro! In the meantime, Monopoly for Millennials is now available to purchase from online retailers.

What do you make of this game? Do you find it offensive or hilarious? Be sure to let us know your thoughts in the comments.
Images: Hasbro
Top Stories
Television