You don’t have to be a resident of Middle Earth or of the Big Apple to take a bite out of Harry Aspinwall’s genius Facebook parody account, ‘Orcs of New York’. OONY, a hilarious take on Brandon Stanton’s famous ‘Humans of New York’ Facebook page, has quickly grown from 12,000 likes (our friends at Nerdist reported in September) to 76,000 followers in less than a year, with new fans joining the herd every day.

Aspinwall’s Tolkien-themed content mirrors the ‘Humans of New York’ concept by highlighting individuals on the streets of NYC, but in the case of Aspinwall, he tells tales far beyond those of the human race. Somehow, though, the stories of the Orcs aren’t too far off from what we experience in every day life. 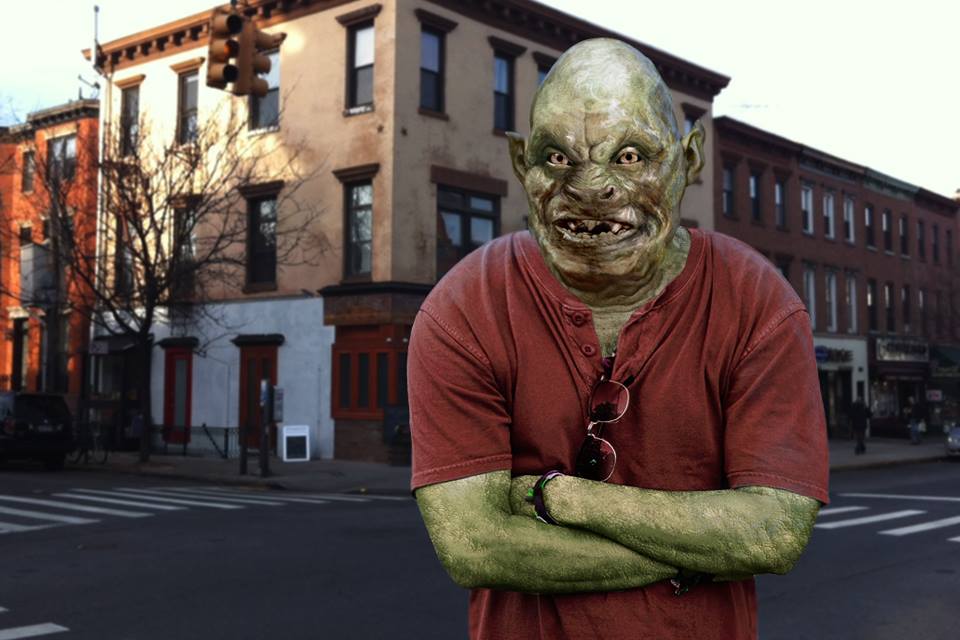 “I can’t watch Game of Thrones at home. My grandfather keeps coming in and being like ‘That’s not how you really stab a manfilth with a sword.'” 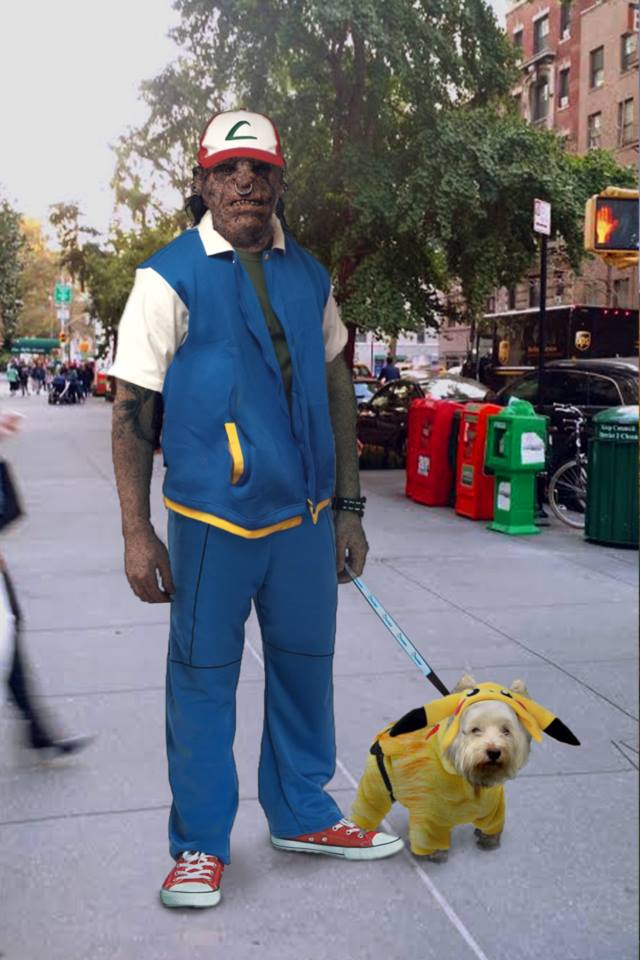 “I had already bought a Luigi costume, then my friend cancelled on me, so I had to figure this out last minute. Dog costumes aren’t cheap, it turns out. I don’t actually know the show very well. People keep making references I don’t get.”

Orcs Take Care of Themselves 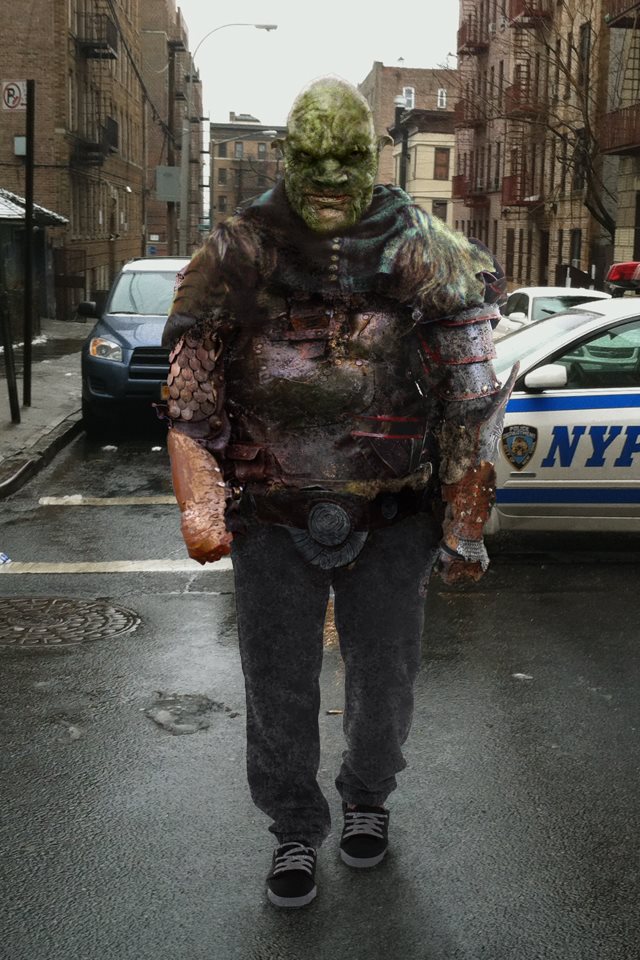 “Right now I’m on day four of a juice cleanse. I’ve started going to the gym every day. I walk to work instead of taking the bus. It’s all because my five year old thinks I’m fat. She drew me as a circle with arms and legs. Little s**t.” 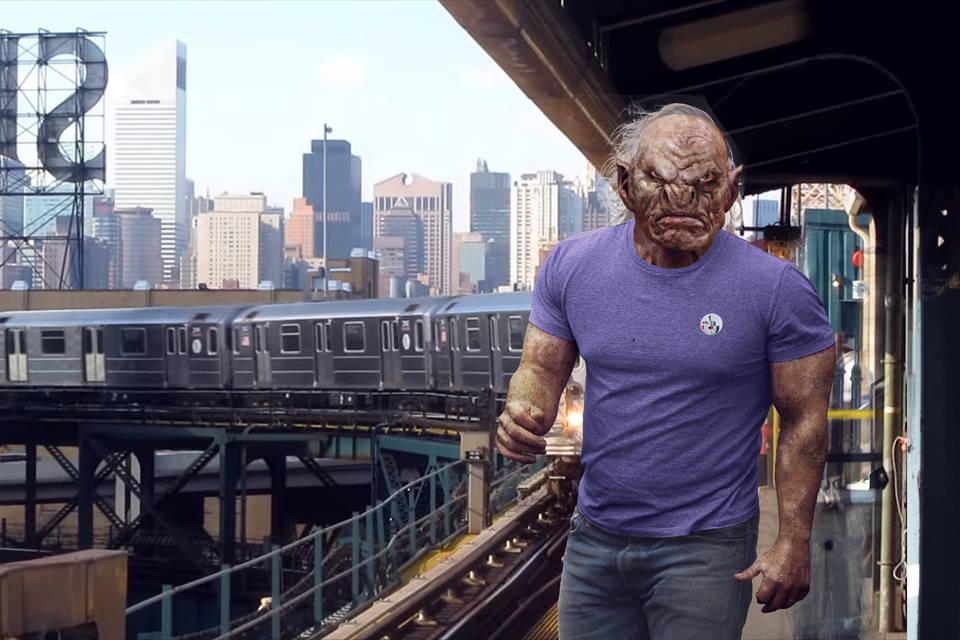 “You think orcs got to vote in Mordor, or Isengard, or Angband? Damn right I voted today, and so should you.” 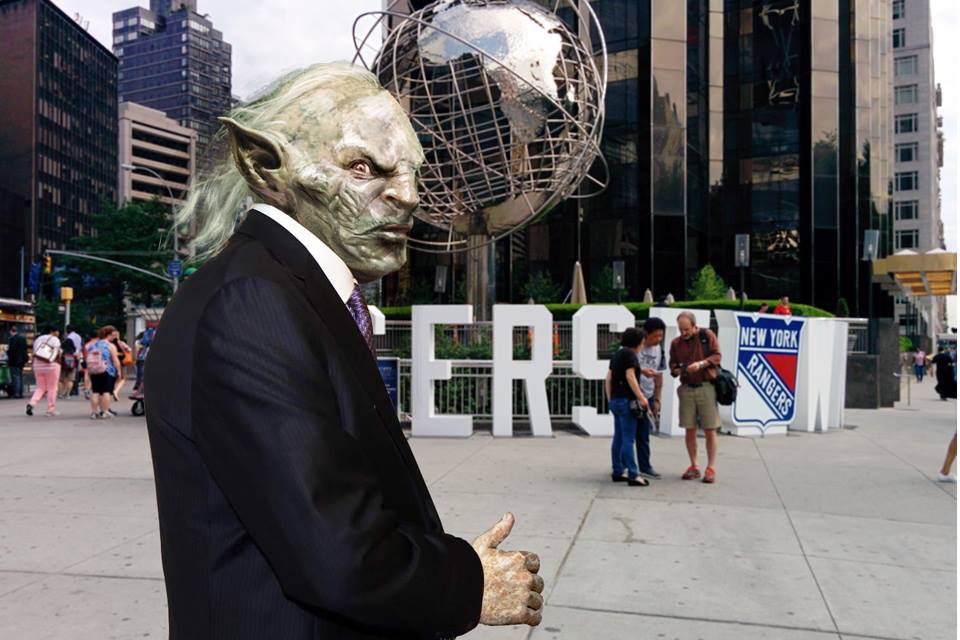 “I saw a Lord of the Rings parody play called ‘Fly, You Fools’ on Friday night. I’m always a little skeptical of Lord of the Rings and fictional portrayals of Orcish people by humans, but these guys did an excellent job. And one of the actors was actually Orcish, so I have to give them props for that.”

Lucky for us, the ‘Orcs of New York’ page has been extremely active as of late, so keep checking back for more funnies from Harry Aspinwall and all of those Orcs he somehow runs into on the streets of NYC.