If your TV show stars both Steve Martin and Martin Short, we’re going to watch it. Just like how if you release a true crime podcast, we’re going to listen to it. Now Hulu is giving us both with their new series Only Murders in the Building. The two old friends and Selena Gomez star as neighbors in a fancy apartment building. This unlikely trio bands together to solve a crime on their own. But the comedic murder-mystery series’ first trailer reveals it’s a lot easier—and a lot safer—to try and find a killer from the comfort of your own headphones.

“Only Murders in the Building follows three strangers who share an obsession with true crime and suddenly find themselves wrapped up in one. When a grisly death occurs inside their exclusive Upper West Side apartment building, the trio suspects murder and employs their precise knowledge of true crime to investigate the truth. As they record a podcast of their own to document the case, the three unravel the complex secrets of the building which stretch back years. Perhaps even more explosive are the lies they tell one another. Soon, the endangered trio comes to realize a killer might be living amongst them as they race to decipher the mounting clues before it’s too late.”

Steve Martin plays Charles, “America’s favorite” former ‘90s TV detective. Charles’ acting career is definitely on the downslope. His obsession with true crime stories helps keep him occupied. Because he keeps to himself, he knows “nearly no one” in his own building. That is until a possible murder leads him to join up with Short’s Oliver and Gomez’s Mabel to solve it. All while doing a podcast about their hunt. 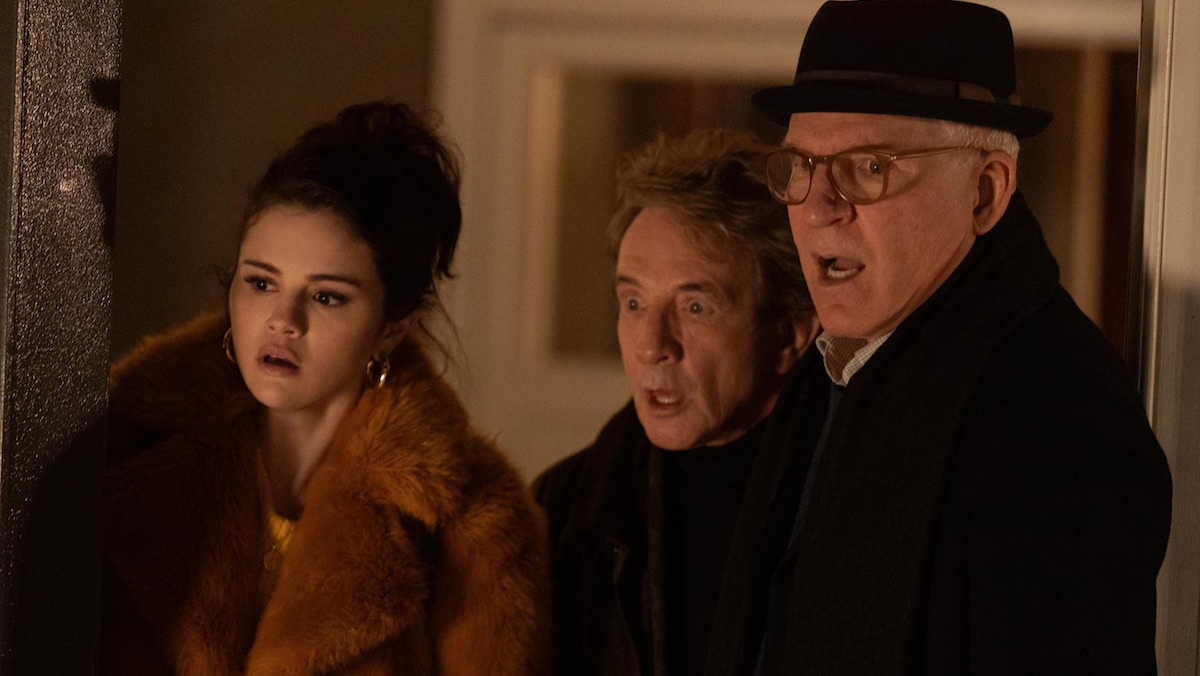 Oliver is a “notorious theater director who created some of Broadway’s biggest successes and…one of its largest flops.” He sees the group’s new podcast as an opportunity to return to the spotlight. The “stylish” Mabel is a mystery to almost everyone in the building. (It’s not even clear how she can afford to live there.) But she has a passion for true crime stories, so she joins her older building mates to find a murderer. And they’ll need her help. “Her keen instincts and smarts make her a sophisticated detective.”

Only Murders in the Building comes from Steve Martin, Dan Fogelman (This Is Us), and John Hoffman (Grace and Frankie). The 10-episode first season debuts on Hulu August 31. With this cast and premise, there won’t be much mystery as to whether or not we’ll be tuning in.