Quentin Tarantino’s ninth film, Once Upon a Time in Hollywood, premieres at Cannes this week, meaning we’re mere moments away from finally knowing a little bit more about this movie. The director sent out a note to critics at the historic French film festival warning them not to spoil the film, which leads us to believe he might—as he did with Inglourious Basterds—be going the revisionist route this time around. After all, as the film’s marketing suggests, this is “a version of 1969 that could only happen Once Upon a Time in Hollywood.”

Luckily, we have something to tide us over until those reviews, and potential spoilers, start pouring in: A brand new trailer. This one gets into the nitty gritty of the story and the historic elements Tarantino is exploring, namely actress Sharon Tate and the murderous Manson Family.

As with the first trailer, this one does a lot to establish our main characters, Rick Dalton (Leonardo DiCaprio) and Cliff Booth (Brad Pitt). Dalton is a washed-up Hollywood actor looking to renew his stateside fame after a stint in Italy, and Booth is his stuntman and best friend.

Early in the trailer, we’re introduced to Marvin Schwarzs (Al Pacino), Dalton’s new agent. We also see that Booth is feeling a little aimless until he picks up a hitchhiker named Pussycat (Margaret Qualley) and has an encounter with a man named Charlie (Damon Herriman). It sure looks like Cliff Booth is a target of the Manson family, judging by later shots of Booth on Spahn Ranch, where the Manson family lived and operated ahead of the 1969 Tate and LaBianca murders. 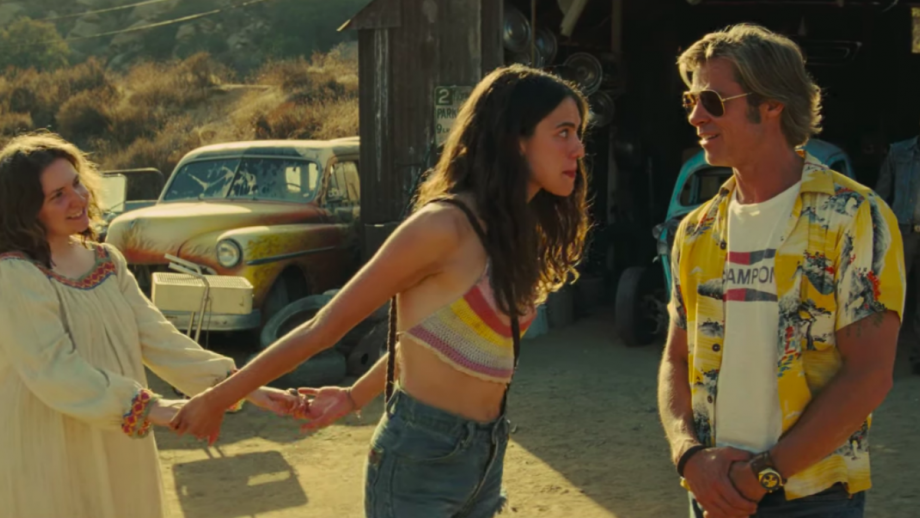 Speaking of Tate, the new trailer also gives us a better look at Margot Robbie as the famously ethereal movie star who was slain in her home by Manson’s associates. We see the proximity of Dalton’s home to Tate’s here, which inspires the question: Will Rick Dalton save Sharon Tate from her cruel fate, rewriting her story into a happier ending? Anything is possible in the fairytale Hollywoodland that Tarantino has concocted here.

We can’t wait to find out more when Once Upon a Time in Hollywood hits theaters on July 26.