54 Million-Year-Old Monkeys Got Cavities From Sweets, Too - Nerdist

54 Million-Year-Old Monkeys Got Cavities From Sweets, Too

Roughly 54 million years ago, during the early Eocene epoch, the monkey species Microsyops latidens hung out in North America. The monkeys, which looked a heck of a lot like frightened lemurs, apparently developed a sweet tooth while doing so; over time taking a special liking to fruit. Now, researchers say M. latidens jaw fossils offer the oldest evidence of cavities in mammals. Which, sadly, may attest to the damage sugar can do to teeth. 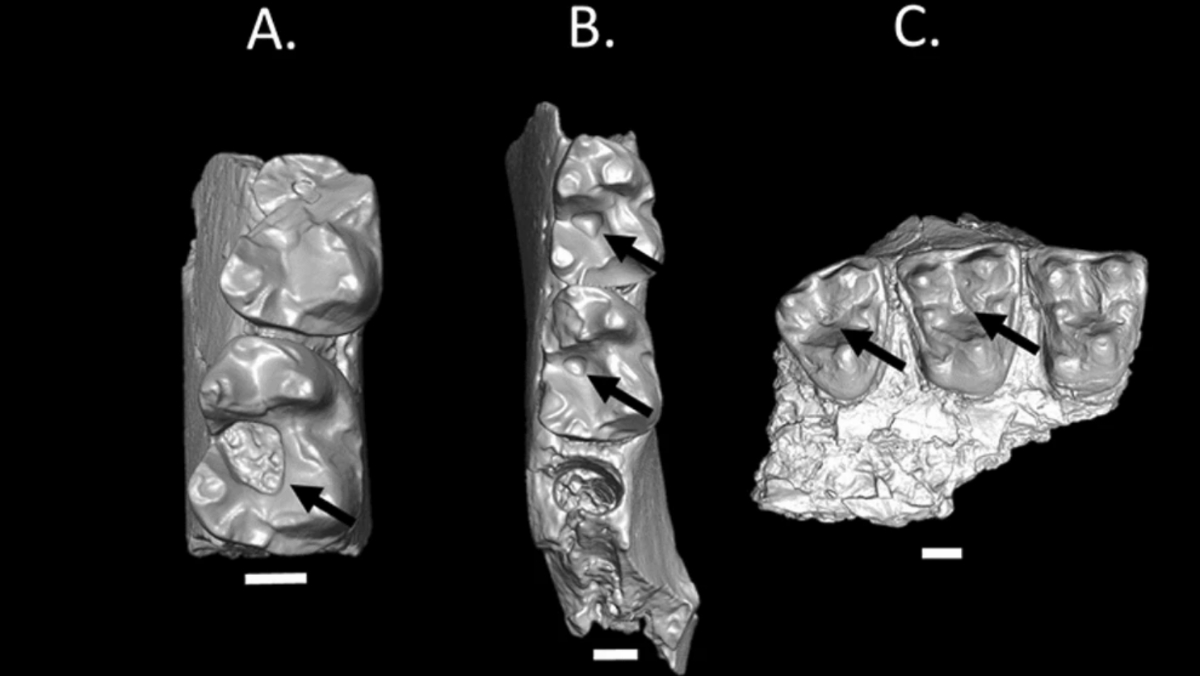 Gizmodo reported on the new dental findings researchers recently outlined in the journal Scientific Reports. Keegan Selig, a PhD at the University of Toronto Scarborough, led the team, which sought to find cavities—alternatively referred to as “caries”—in mammals from the Eocene. A period of time spanning from approximately 56 to 34 million years ago. 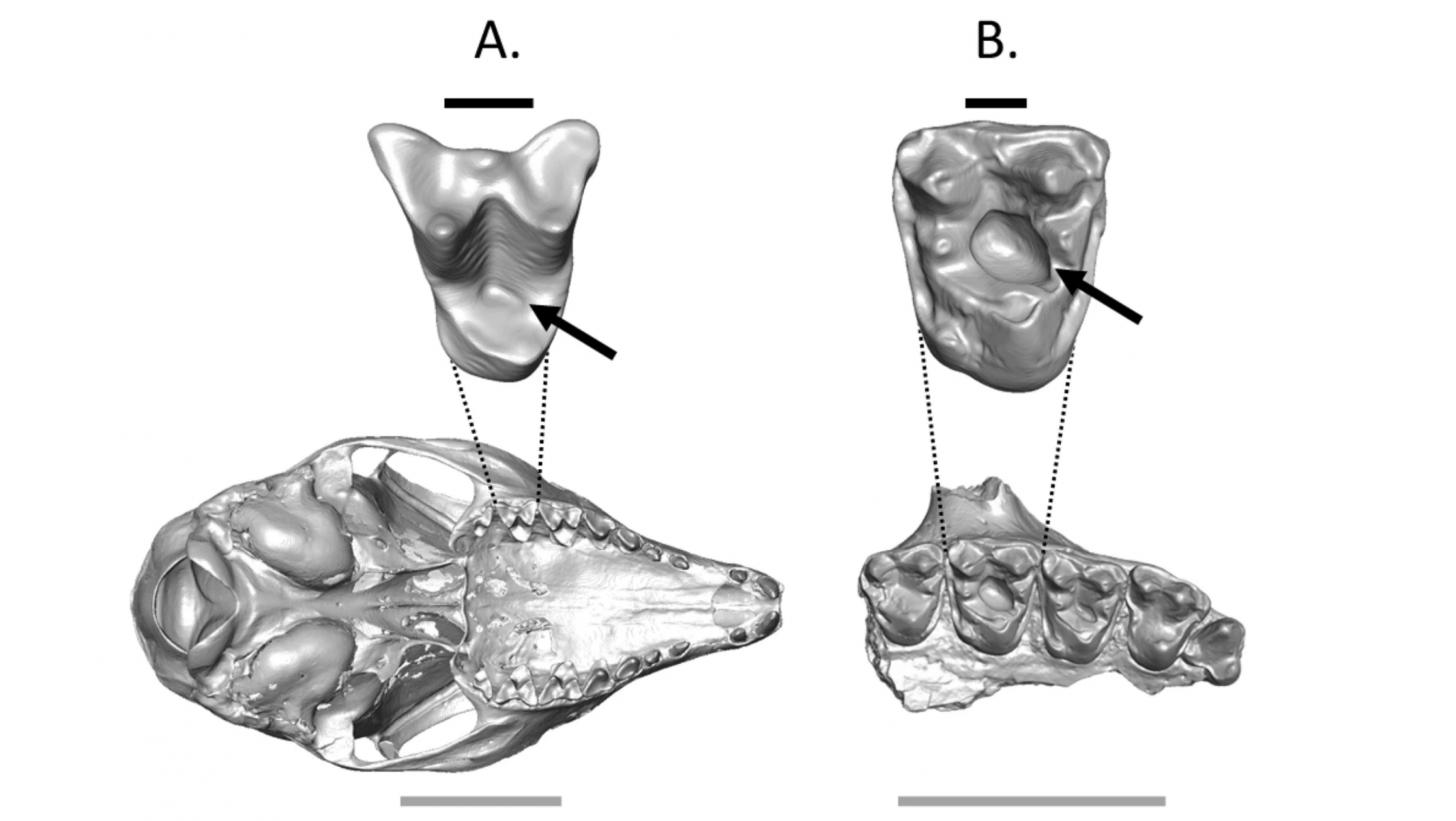 In their study, Selig and his colleagues outline their analysis of fossilized M. latidens’ jaws and teeth. Archaeologists collected the specimens—along with many other types—over the past 50 years from a proverbial goldmine near the southern Bighorn Basin in Wyoming. To look for cavities in the fossils, the scientists turned to Micro-computed tomography (or micro-CT). The micro-CT images, above and below, offer digital renderings of the fossilized jaws and teeth. As well as their very noticeable cavities that look like divots of varying sizes.

The researchers believe M. latidens transitioning to a fruitier diet for “a short period” caused a huge uptick in cavities. Over time, the researchers say the number of individuals in the species with cavities increased from 7.48% to 17.24%. More than doubling the number of monkeys with holy teeth. 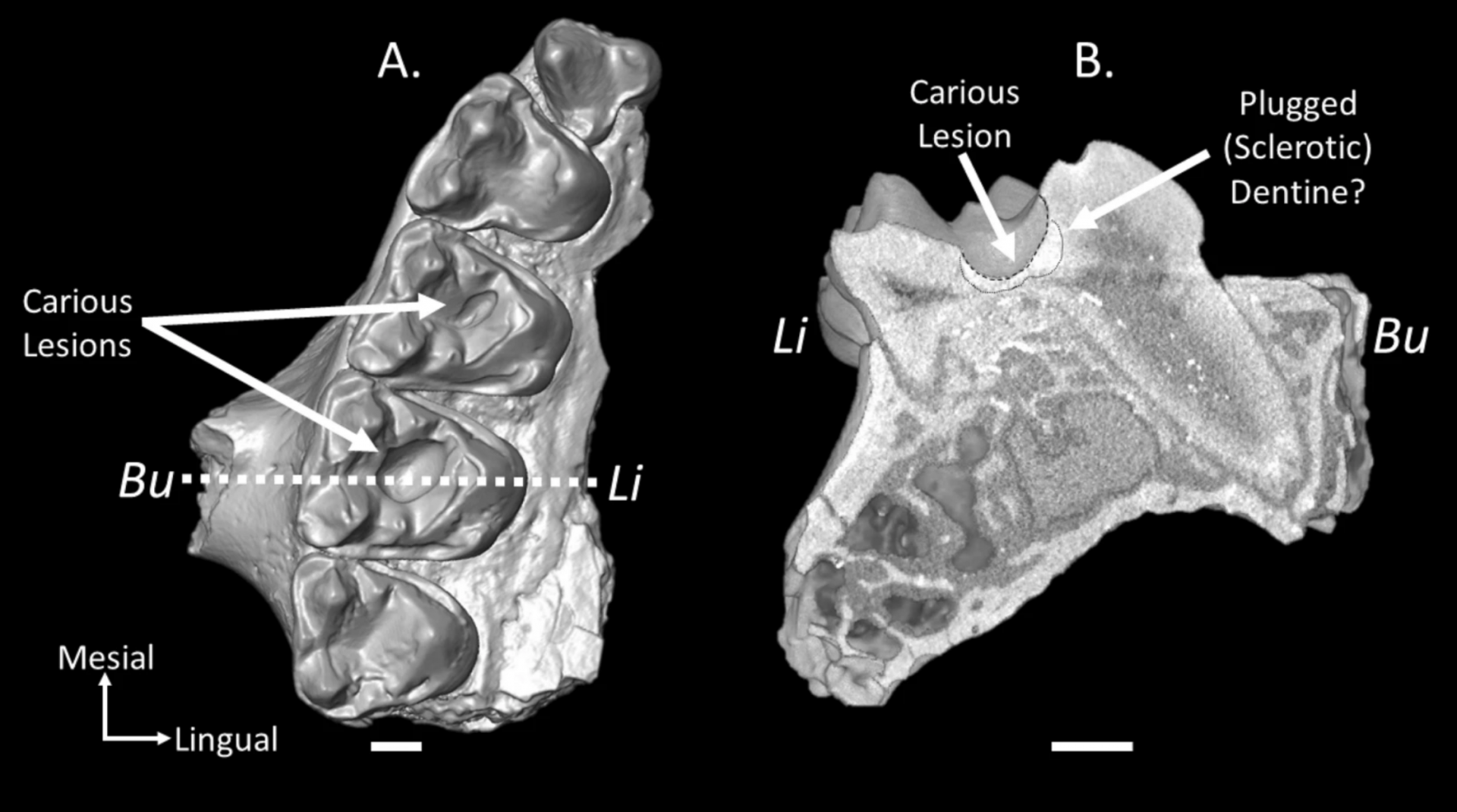 “These observations suggest that [members of M. latidens] experienced a shift in their diet to include more fruit or other sugar rich-foods for a short period,” the researchers write in their paper. Although they caution that they can’t be 100% certain fruit caused the cavities. “Other factors such as the pH and biochemistry of the mouth might [have also produced] cavities,” Selig told Gizmodo. Which, while we think is a lot less likely than fruit being the culprit, we’ll still entertain as a possibility. Because it takes a lot of good excuses to satisfy a sweet tooth.