Over the past two decades, writer/director M. Night Shyamalan has asked the questions no one else in the horror genre dare ask. Questions like, “What if the wind made you lay underneath a lawn mower?”, or “What if there was a water nymph hanging out in your pool?”, or “What if you got, like, really, really old all of a sudden?”

The latter is the premise of Shyamalan’s latest venture, titled, fittingly enough, Old. The movie follows a family (lead by parents Gael García Bernal and Vicky Krieps) who wind up on a mysterious and secluded beach where time moves rapidly and you suddenly get, you know, old. 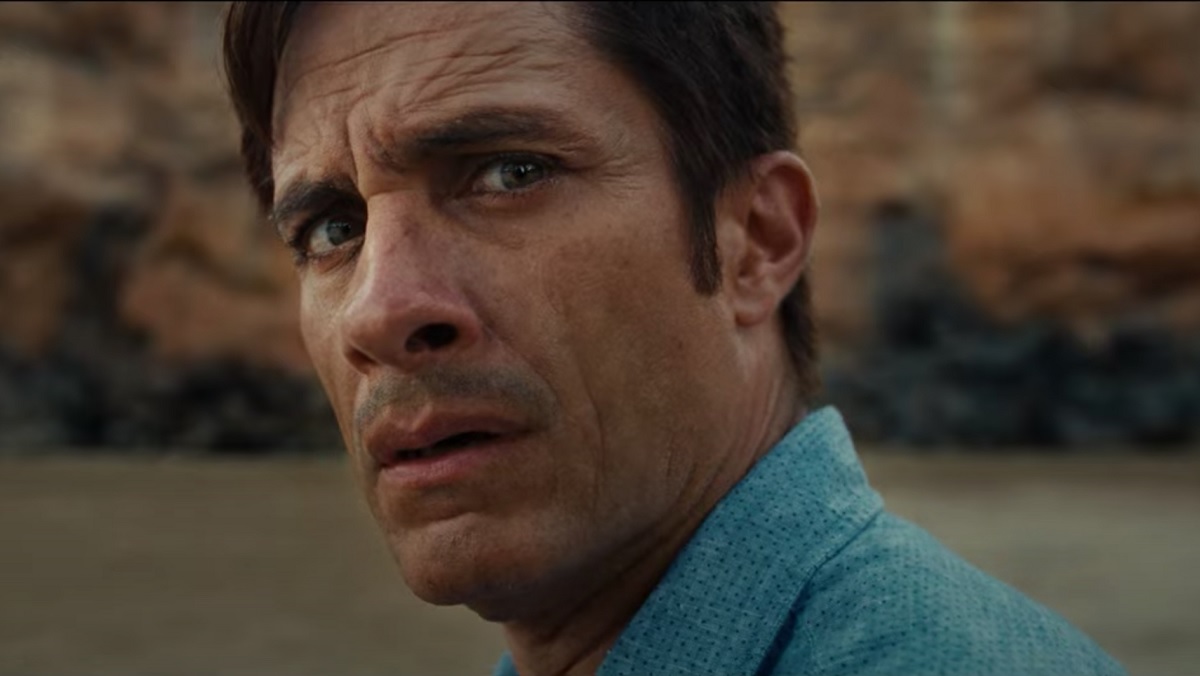 It may sound silly on paper (and in the awesome trailer when a horrified Krieps warns her husband, “You have wrinkles”) but Shyamalan is on to something here. After all, the olds can be pretty darn unsetttling.In fact, there’s a plethora of disturbing olds throughout movie history, in horror and beyond.

In anticipation of the flick, we’re taking a trip down memory lane to pay our respects to 10 of the scariest olds to ever grace the silver screen. 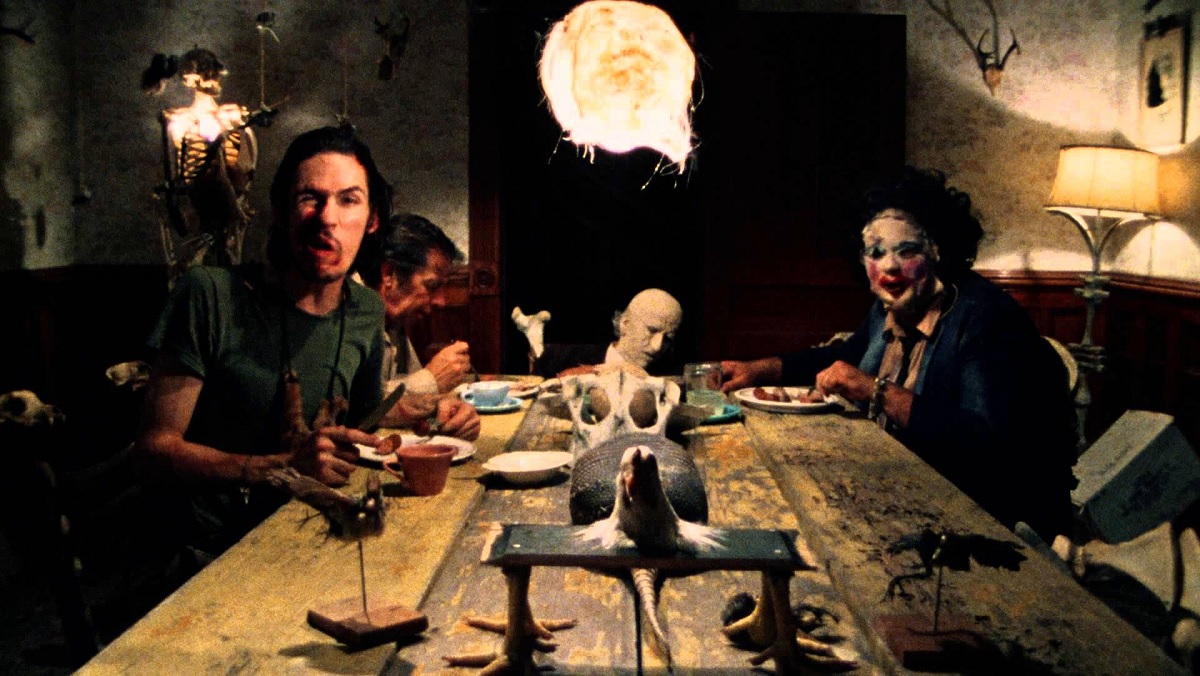 Look, you gotta be one seriously creepy SOB if you can out-scary Leatherface, but the patriarch of the cannibalistic Sawyer family (played by John Dugan in the 1974 horror classic) may just be the worst one seated at that doomed dinner table. We don’t know what’s worse, when he sucked poor Sally’s bloody finger (barf) or when he tried to kill her with a hammer. You know what, it was all pretty bad. 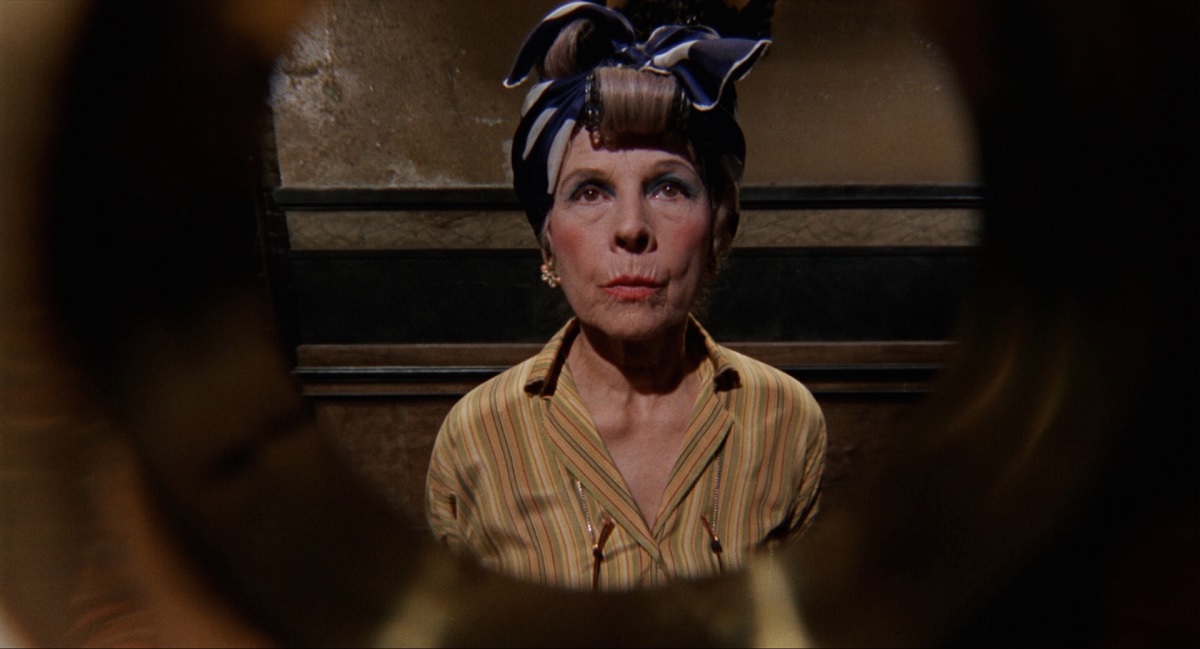 The only thing more horrifying than giving birth to the spawn of Satan is living next door to an elderly neighbor/cult leader who made damn sure that horrible fate happened by literally drugging you. (Her equally disturbed husband Roman was no prize, either.) There’s a reason why Ruth Gordon won the Oscar for her terrifying turn as Minnie Castevet in the 1968 masterpiece as the neighbor from, well, hell. She’ll forever make us skeptical about getting to know the elders in our building over a cup of tea.

Reverend Henry Kane in Poltergeist II: The Other Side 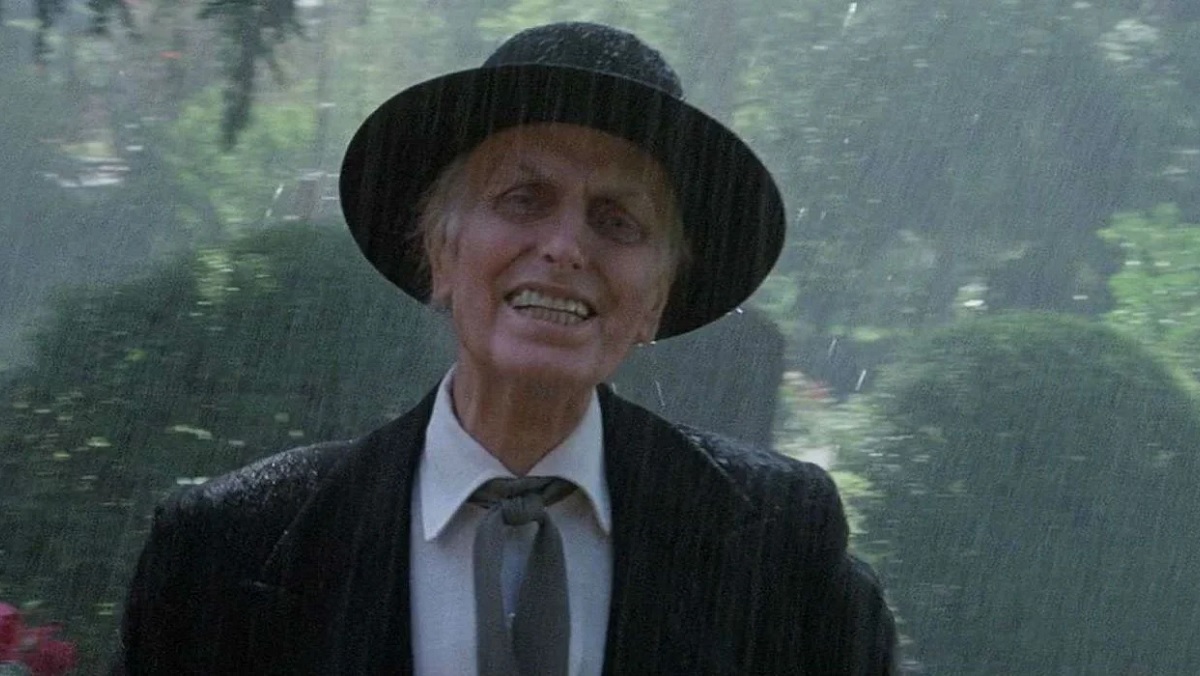 Sure, this horror sequel pales in comparison in almost every single way to the 1982 original classic, but the 1986 follow-up had one thing the first one didn’t: a Scary Old. No, he doesn’t have quite the impact as possessed clown dolls (nothing does), but we definitely lost some sleep over the spirit of the deranged preacher (played by Julian Beck) who put the already-traumatized Freeling family through more otherworldly anguish.

Some kids movies can be infinitely more traumatizing than most horror, and no movie makes a greater argument for that than 1985’s Pee-wee’s Big Adventure. That’s because of the appearance of one Large Marge, a ghostly truck driver played by Alice Nunn. Ask any Gen X-er and they’ll tell you that “Tell them Large Marge sent you” is perhaps a more horrifying threat than “They’re heeeee-re!” ever was. 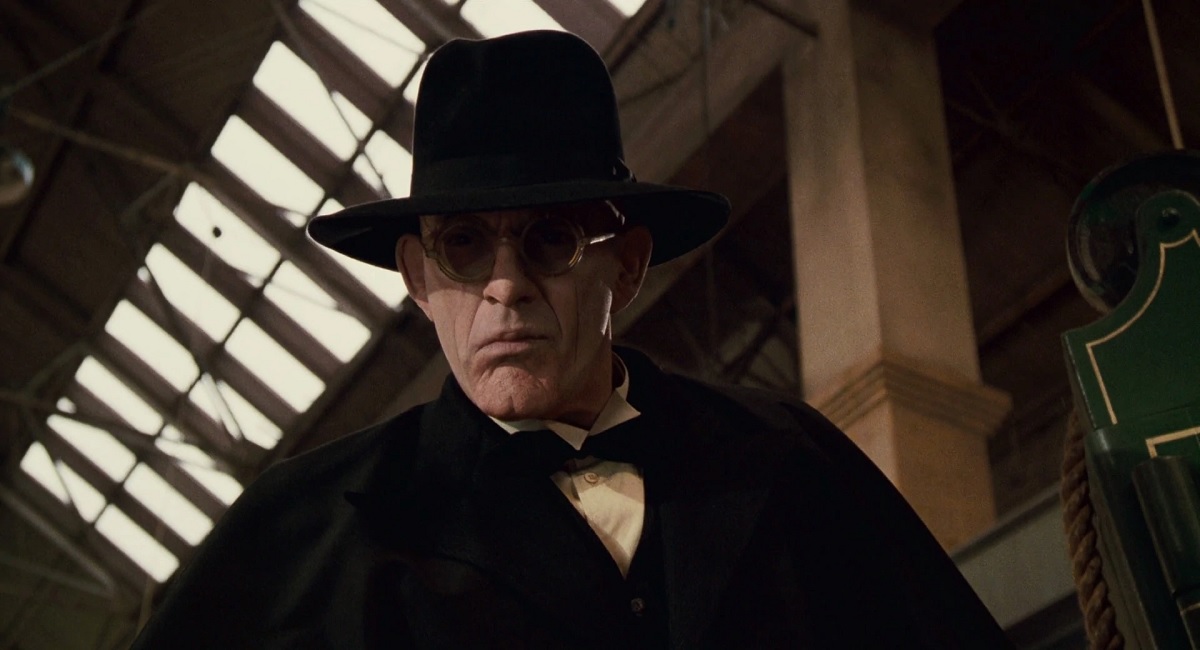 Another entry in the non-horror kid movie category is Christopher Lloyd’s unforgettable turn as the villain of 1988’s groundbreaking Who Framed Roger Rabbit. Sure, Lloyd is no octogenarian like some of the others on this list (in fact, he was only 50-years-old at the time of the film’s release) but the only thing scarier than living amongst the cruel Judge Doom in Toontown was watching him horrifically perish/melt.

Old Woman in Bath in The Shining

The creepy youths of 1980’s The Shining tend to steal a lot of the spotlight when it comes to nightmare fuel (damn you, twins in the hallway and Danny’s “redrum” chant) but the olds are really what make the Overlook Hotel so haunting. Case in point: the transformation from Young Woman in Bath (Lia Beldam) to Old Woman in Bath (Billie Gibson) pretty much did for tubs for Psycho did for showers.

The Tall Man in Phantasm 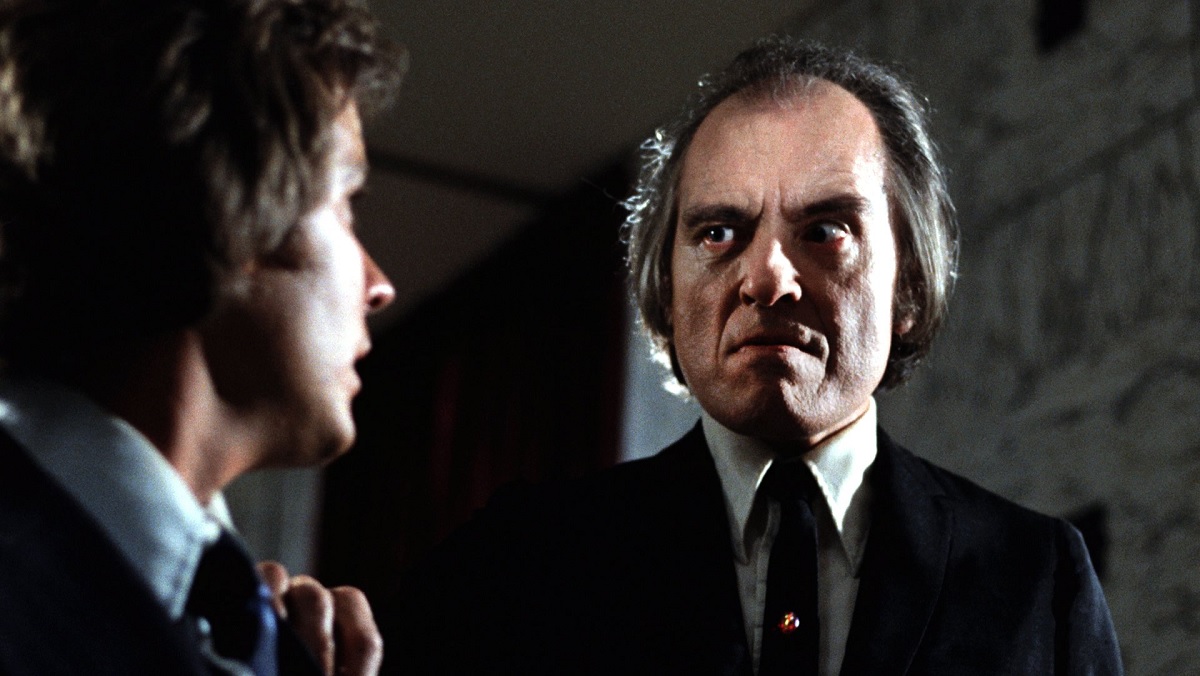 Scary Talls are a category unto themselves (see: the tall apparition in It Follows) and that all started with The Tall Man in Phantasm, who does double duty as both a Scary Tall and a Scary Old. Played by Angus Scrimm in the 1979 sci-fi chiller, the spooky villain takes on many different forms (including the deadly and seductive Lady in Lavender) but none more disturbing than the eyebrow-raising Tall Man.

Baby Jane Hudson in What Ever Happened to Baby Jane? 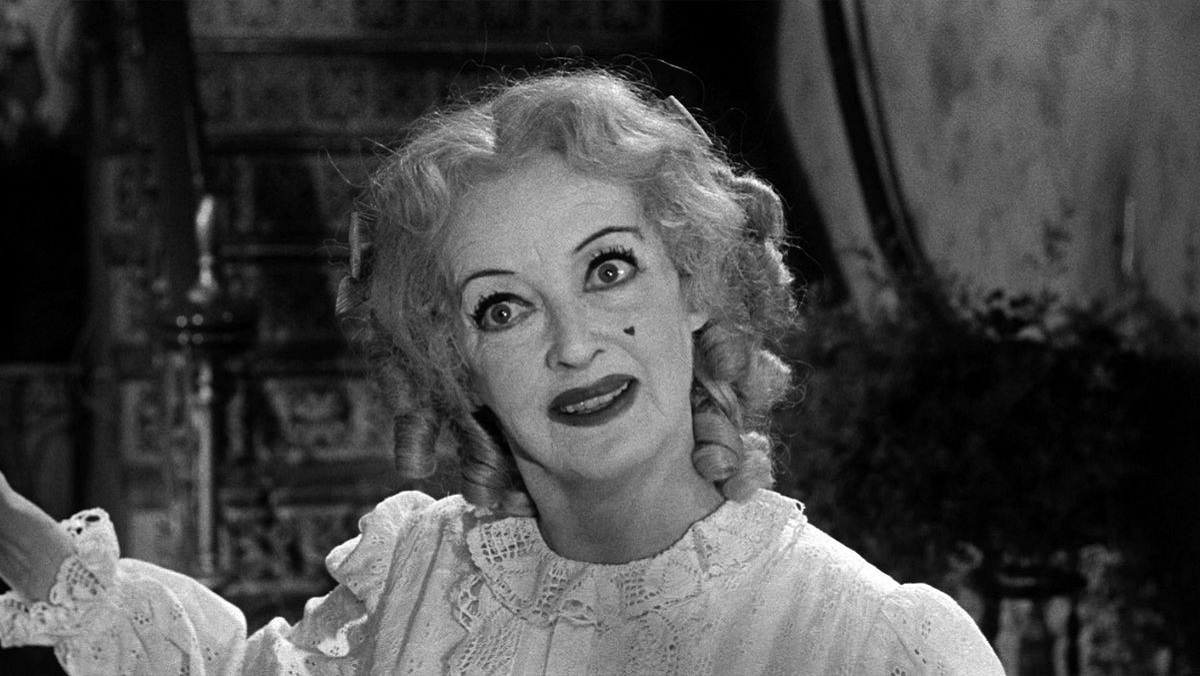 The aging child star is the ultimate Hollywood cautionary tale, and none more evident than in the 1962 camp classic What Ever Happened to Baby Jane?. Playing the absolute antithesis of aging gracefully (that garish makeup!), Bette Davis’ iconic turn as the disturbed Baby Jane Hudson made the concept of living with your older sister into an utter prison sentence.

Nana and Pop-Pop in The Visit

It’s true: Shyamalan already explored the subject of Scary Olds in his 2015 your-grandparents-aren’t-what-they-seem, found footage shocker. Nana and Pop-Pop (played by Deanna Dunagan and Peter McRobbie, respectively) are the estranged grandparents of two teens who soon discover that the basement of these particular old folks was filled with the worst kind of relics.

CANDYMAN and 10 Other Horror Trailers That Give Us Nightmares