In August 2019 amateur astronomer Ethan Chappel captured video of an asteroid crashing into Jupiter in a brief yet awe-inspiring clip. Now, in a similar yet far more vivid sighting another amateur astronomer, this time in Brazil, has eyed a space rock hitting the solar system’s largest planet. And while we only observe a flash, the object that caused it was probably about the size of the Statue of Liberty.

PetaPixel picked up on the jovian flash crash, which amateur astronomer Jose Luis Pereira observed from outside of São Paulo. Pereira, a former civil engineer and avid backyard astronomer, glimpsed the impact with his telescope on September 13 of this year. At first not realizing that he had indeed seen an object hit the gas giant.

As he had done many times before, Pereira set up his telescope on September 12 aiming to photograph Jupiter. And capture videos for the DeTeCt program; a software program that amateur astronomers use to seek out and characterize impacts on Jupiter. 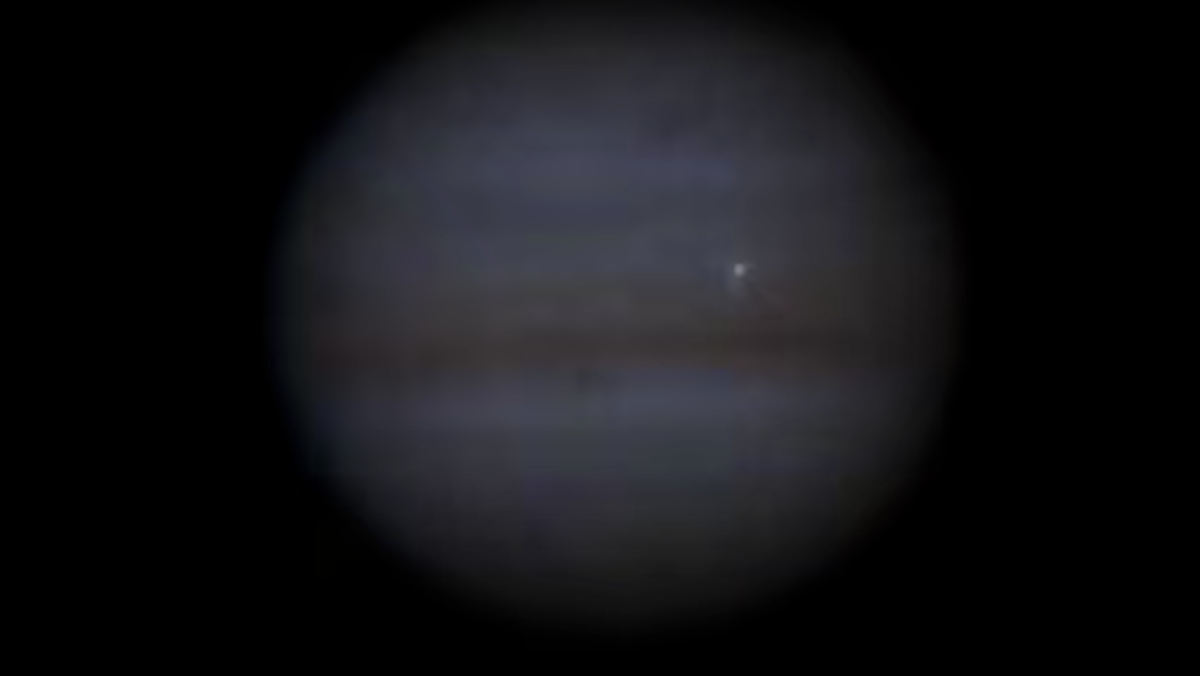 “I checked the result only on the morning of the 14th, when [DeTeCt] alerted me to the high probability of impact and verified that there was indeed a record in the first video of the night,” Pereira told Space.com. Pereira had run 25 videos through DeTeCt, and, despite seeing a flash when he first observed Jupiter that night, seemingly didn’t expect anything peculiar to come of the videos.

Pereira subsequently sent his DeTeCt data to Marc Delcroix, an aerospace engineer and director at the French Astronomical Society. Delcroix, in turn, verified that Pereira had indeed captured an impact on September 13. (Pereira went past midnight on September 12.) It’s still unclear what the impactor was, however. Although we doubt anything as extravagant as that $700 quintillion planet core.

Light on at Jupiter! Anyone home? This bright impact flash was spotted yesterday on the giant planet by astronomer José Luis Pereira.

Not a lot of info on the impacting object yet but its likely to be large and/or fast!

Pereira told Space.com seeing the impact was “a great moment of emotion” that came after years of skywatching for it. A sentiment that sounds romantic and frustrating as DeTeCt data says there are about 15.6 impacts on Jupiter every year. Or about one every 23.4 days. But line of sight and all of that has to be just right, of course. And even though Jupiter is “the vacuum cleaner of the solar system,” it can’t intercept every rock out there, unfortunately.