NUBIA & THE AMAZONS Introduces a Transgender Amazon To Themyscira

DC is making great strides when it comes to queer representations. First  Batman‘s Tim Drake and  Superman’s Jon Kent shared their bisexuality in their respective comics. Now,  Nubia & the Amazons has made one thing very clear. Trans women are welcome on Themyscira. Transgender Amazons are a part of Wonder Woman‘s world.

This incredible clarity was offered by Nubia & the Amazons writer, Stephanie Williams, on her Twitter. Williams shared the following powerful words.

If you’ve read Nubia & the Amazons #1. The answer to your burning question is yes. There are trans Amazons. One of the newest Amazons is a Black trans woman. pic.twitter.com/FDgEUg8Vte

When @definitelyvita and I were thinking of a way that provided us with a tool to make things as clear as possible, the Wells of Souls was right there, allowing endless possibilities for the Amazons of Themyscira. It’s essential in opening this world up for future writers. 🦁✨

Bia will have a role on Themyscira beyond just existing – she isn’t set dressing, she isn’t a box to tick, she is a fully fledged character that is important to her community.

Just as Black trans women are important to us in real life.

“Themyscira is a place for ALL women.” Williams affirms. And while, in a more perfect world, this truth would seem obvious. The sad reality is that until we take strong strides to show representation and fight for it, there are many that would continue to argue that isn’t the case. As Williams shares, she and co-writer Vita Ayala have established this important canon truth for more than just their story. Now every Wonder Woman comic from here on out can build on this new established reality. We hope to see many more transgender Amazons to come. 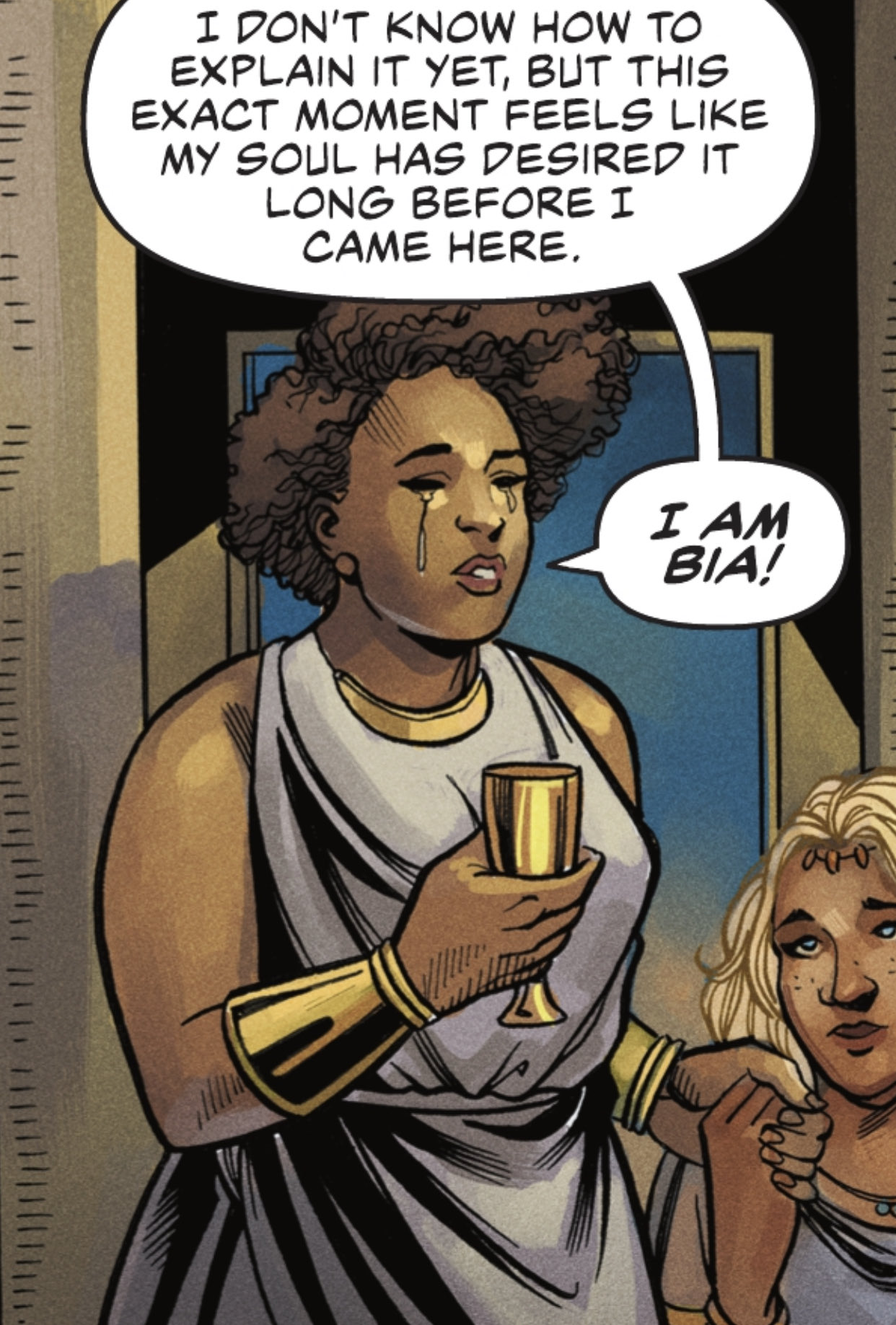 Which is to take nothing away from the specific story being told here as well.  Williams promises, “Bia will have a role on Themyscira beyond just existing – she isn’t set dressing, she isn’t a box to tick, she is a fully-fledged character that is important to her community. Just as Black trans women are important to us in real life.” When it comes to representation, the most important thing is to make sure the representative characters are as nuanced and real as any others. That remains a work in progress for many media properties, but we know Williams has it on lock.