It’s the most wonderful time of the year! A time of joy, of laughter, of togetherness. And a time to wonder how the here so many off-the-wall Christmas movies get pummeled into our pop culture lexicon, sure to be forgotten. Or, in the case of this, disbelieved. We’ve assembled a list of the most truly insane Christmas movies, with plots that we had a hard time believing even as we were typing them out. Merry Christmas! (I’m sorry.)

Somehow, Pottersville is a real movie. We’re still not sure how. Or why. Set during Christmastime, the film is about a guy named Maynard (Michael Shannon, for some reason) who is mistaken for Bigfoot when he drunkenly runs through his hometown of Pottersville in a gorilla costume. The sightings set off a wave of interest in the monster, which brings tourism money to the small town. No idea how this movie attracted such big names, although it’s just the sort of surreal social experiment Michael Shannon seems game for. The soundtrack has a song called “The Furry Hoedown.” You can watch this on Netflix, which has cruelly chosen Judy Greer’s face to feature in the search function. 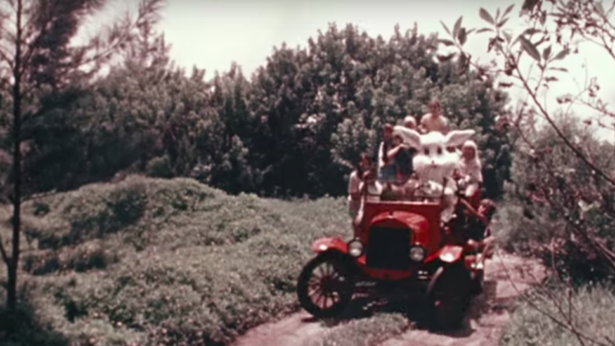 We’re just going to copy and paste the IMDb plot summary for this one, because it really says it all: “When Santa’s sleigh gets stuck in Florida, he tells a group of kids the story of Thumbelina.” There you have it. This one has acquired a cult following thanks to a RiffTrax commentary special back in 2010, which played in theaters in 2015 as a Fathom Event. The whole movie is currently available on YouTube

This may sound like an innocuous enough movie, but the plot is truly next-level bizarre. Like all Christmas Carol takes, it involves a Scrooge character, this time a Victorian-era singing diva named Eden Starling, who is really just Barbie with barley curls. Eden is a self-centered, lonely woman who lives with her mean, overweight cat Chuzzlewit, and doesn’t believe in Christmas. On the eve of the holiday, her dead aunt shows up as a ghost, along with some other Barbie-stylized spirits, to help steer her life towards a merrier future. The weird animation, along with other strange story alternations like Tammy, the Tiny Tim character, who is now orphaned girl with a limp that Eden wants to adopt steer this kid’s movie straight towards bizarro land.

This is what Chuzzlewit looks like, by the way. 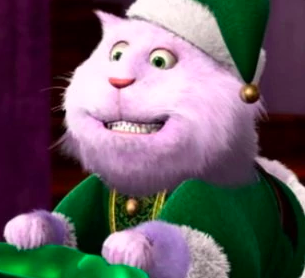 The Monkey’s Paw of Christmas cinema, The Magic Christmas Tree tells the tale of a young boy who is gifted a wish-granting magical ring from a witch. He uses the ring to bring his Christmas tree to life. Like all kids are wont to do! There’s also a giant, a cat named Lucifer, a runaway lawnmower, and a lot of lessons to be learned about the selfishness of wish fulfillment. It ends with the boy realizing everything he just experienced was a dream. 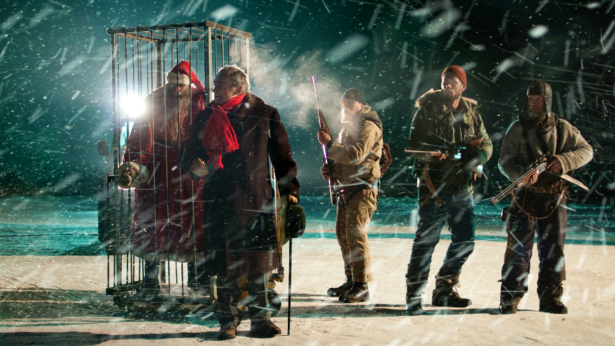 The plot of this Finnish Christmas film is so complex and so bizarre, that I’m going to go ahead and link you to the Wikipedia page. In short, it involves a group of men who specialize in trappingÂ Joulupukki, the Finnish version of Santa Claus. There’s some trouble with an ancient burial ground and the owner of a local reindeer slaughterhouse. There are also deranged elves. WTF, Finland?

Here’s another one where the IMDb summary simply cannot be topped: “A young woman discovers that she is the focus of an evil Nazi experiment involving selective breeding and summoned elves, an attempt to create a race of supermen. She and two of her friends are trapped in a department store with an elf, and only Dan Haggerty, as the renegade loose-cannon Santa Claus, can save them.” Alrighty then!

This is a Mexican movie about a Santa Claus whose workshop is in outer space and who battles a demon sent to Earth by Lucifer over the souls of human children. Santa seeks the help of his close buddy, Merlin, to fend off Lucifer’s evil machinations. The film achieved cult status thanks to an episode of Mystery Science Theater 3000, and became a RiffTrax special in 2014.

Another spin on A Christmas Carol, this film follows Cindy, an alcoholic single mother who is very miserable and very bad at everything she does. Cindy lives in a trailer park with her three children, including a son named Cheese Doodle. As the tale goes, she is visited by three ghosts, one of whom is played by Eric Roberts. Cindy’s dad is played by Meat Loaf. What and why this movie is, we’ll never know, but you can watch the whole thing on Netflix. 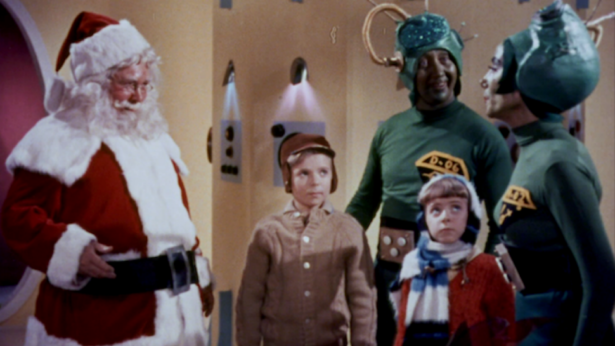 Once again, I’ll let IMDb do the talking: “The Martians kidnap Santa Claus because there is nobody on Mars to give their children presents.” The weirdest thing about this movie is that it’s actually history-making: It’s the first time Mrs. Clause was depicted in a motion picture. Go figure! Like other classics on this list, it’s been a Mystery Science Theater 3000 and RiffTrax subject, and was also featured on Elvira’s Movie Macabre.

Unlike literally everything else on this list, Christmas Evil was actually well-regarded. It has an 80% on Rotten Tomatoes and has achieved cult status thanks to its reputation as a video nasty and the admiration of creators like John Waters. But that doesn’t make the plot any less insane. The film is about a toy factory worker who was so mentally scarred as a child by learning Santa wasn’t real that he has a nervous breakdown in adulthood and goes on a killing spree. The film is notorious for its totally batshirt ending, where the killer and his brother drive off a bridge in a van, which then flies towards the moon as the last stanza of “The Night Before Christmas” is read in a voiceover. Like many things on this list, we simply can’t make this up.