NO ONE GETS OUT ALIVE Trailer Teases Haunted Basement Terror - Nerdist

NO ONE GETS OUT ALIVE Trailer Teases Haunted Basement Terror

Haunted house season is upon us in more ways than one. There are the traditional ones you can traverse through while scary beings hit you with dozens of jump scares. But my favorite haunted house entertainment is in the form of film. I can watch someone else go through spooky hell in the comfort of my (hopefully not) haunted home. And I can hope that they somehow make it out alive against nefarious forces. This is what I will be doing when No One Gets Out Alive hits Netflix on September 29. The haunted thriller, based on Adam Nevill’s horror novel of the same name, has a premise and trailer that point towards prime terror content.

The trailer introduces us to Ambar (Cristina Rodlo), a Mexican woman who immigrates to the United States. She’s ready to chase the elusive American Dream after caring for her sick mother for years. She comes to Cleveland without documentation nor a lot of money to survive. So Ambar does what many people do in her situation: she accepts work that pays in cash and finds the best accommodations she can afford.

Ambar ends up in a very scary looking boarding house with a group of other women. Seriously, it is very dark in there, even during the daytime. And there are winding steps that will certainly make it hard to escape danger. Life isn’t easy for Ambar as she adjusts to the cold weather and her hard labor. But this is nothing compared to what she begins to experience in her new living space. She starts to see shadowy figures creeping from the corners of her eye. One even stalks up to her shower curtain while she’s bathing. 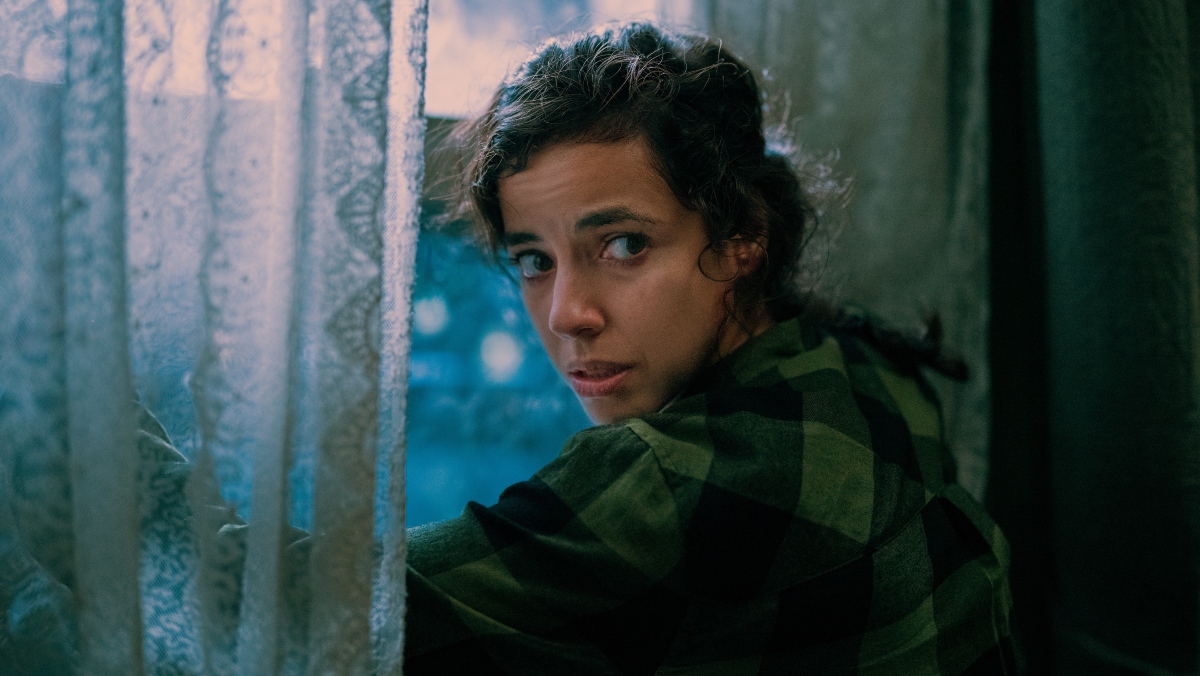 The shifty landlord admits that the house is weird and to stay away from the basement. Yep, that’s exactly what a very suspicious person would do. Ambar begins to talk to her boarding mates and peek around, realizing that she’s in a dangerous place. The guy in charge tells her that she cannot try to leave, lest she wants to make the situation worse. Yikes.

Will Ambar be able to face what’s going on and make it? I certainly hope so. No One Gets Out Alive gives a similar energy to His House with people coming to a new country and having to face multiple terrors. They cannot “just leave” because there are no resources to go anywhere else. I hope that shifty landlord gets what he deserves and Ambar comes out on top.

TAGGED: No One Gets Out Alive, Haunted House