This year’s E3 exhibition went off without a hitch… likewise, without a Switch. Despite popular anticipation of an updated version of the Nintendo Switch, no such announcement breached the 2021 conference. As such, some interpreted this to mean that we wouldn’t be getting any Switch-related news at all this year. Others, however, held strong to the faith that Nintendo wouldn’t unveil a new console outright amid other E3 buzz; and thus, that Switch news would find us sooner than later. Those in the latter camp proved right, much to the whole fandom’s delight. On Tuesday, Nintendo formally revealed an OLED model of the Switch. Take a peek at the product below by way of its announcement trailer. (We first caught sight of the trailer when it was tweeted out by Nintendo of America.)

As advertised on Nintendo’s website, the new contraption boasts: “A vibrant 7-inch OLED screen, a wide adjustable stand, a dock with a wired LAN port, 64 GB of internal storage, and enhanced audio.” Among other conclusions, this means a larger screen without resorting to a much larger product overall. Some might call that the best of both worlds. However, per a supplemental tweet from The Verge, the OLED Switch “does not have a new CPU, or more RAM, from previous Nintendo Switch models.” Can’t win ‘em all, I guess. 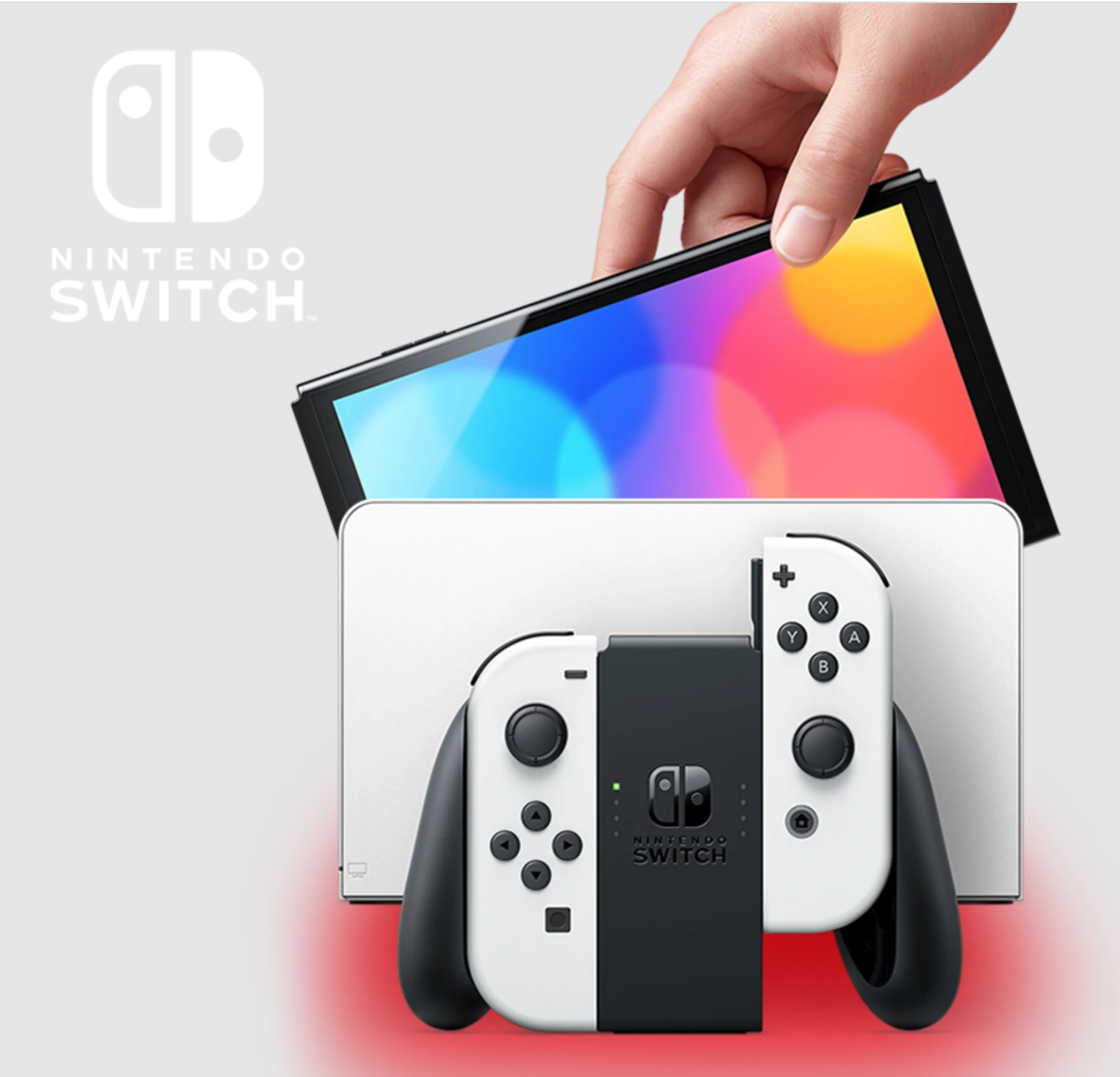 Though not a matter of utility, the shades-of-black color scheme brings a new ‘tude to the Switch OLED; this thing feels constructed with high-grade serious gameplay in mind. (Not that we weren’t already enjoying some pretty intense experiences on the Switch to date. But there’s just a little more punch involved in this design, isn’t there?)

So when can you get your hands on this thing? The Nintendo Switch OLED Model will become available for purchase on October 8. As for price, it will run you $349.99.