Nike, the footwear and apparel company that’s surprisingly good at incorporating geek into its gear, has just come out with a new “hands-free” shoe. And while that may not sound like the most revolutionary design—Vans come to mind—these new GO FlyEase kicks still look like something from the future. And they also snap around wearers’ feet, which, frankly, seems like a boatload of fun. 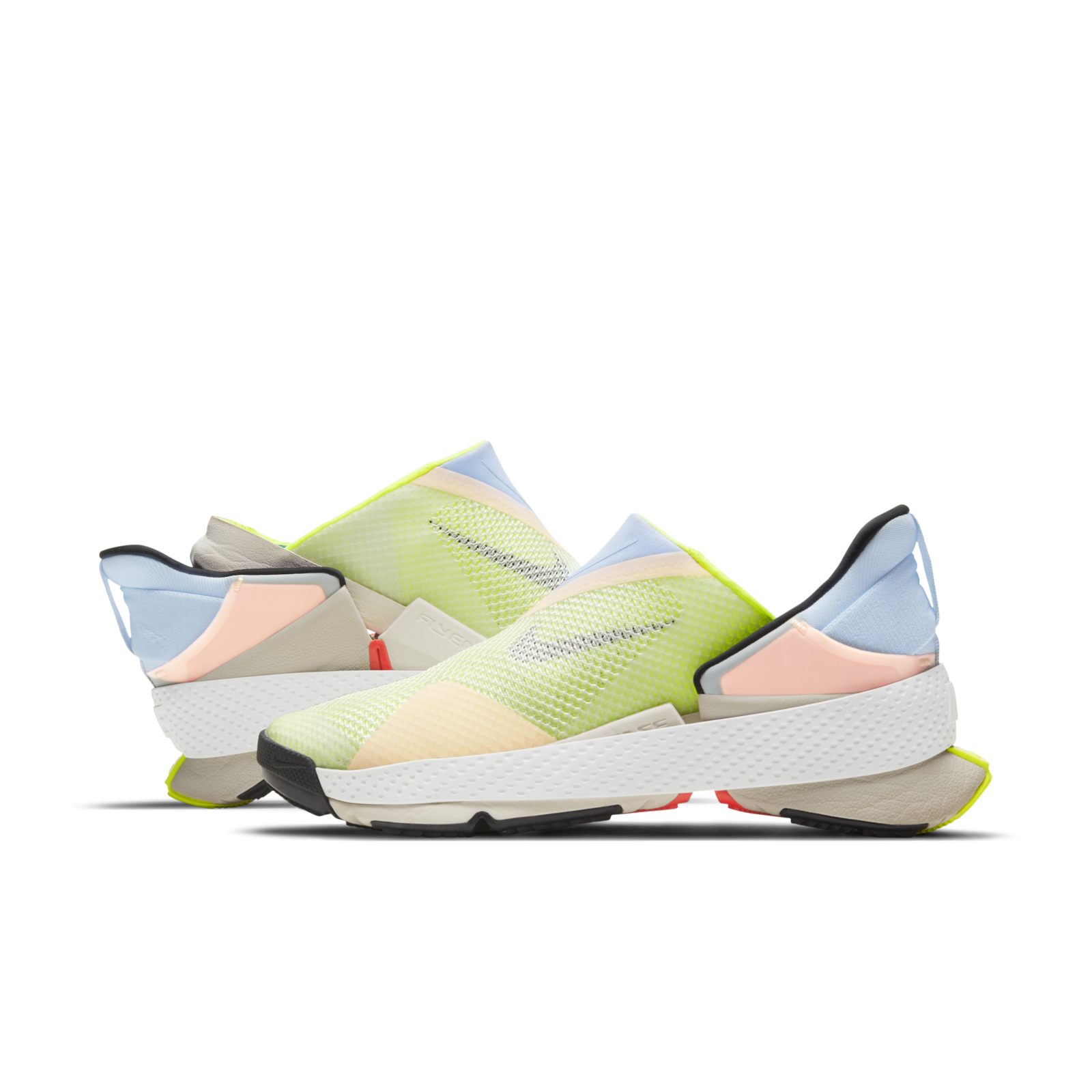 Hypebeast reported on the new type of shoe, which Nike designers say stemmed from a desire to help the company’s adaptive athletes; runners, basketball players, etc. who face unique challenges in putting on athletic gear. But the team soon found the shoe was becoming popular with everyone.

“We just quickly, throughout the process [of designing the GO FlyEase] found that the shoe was really universal,” Nike Designer and Innovator, Haley Toelle, says in the BTS video below. Toelle and the other designers behind the prototype say that Nike employees found the Gos were especially useful in the morning.

As for the design, the kicks work thanks to cuts in the shoes’ soles that allow them to break apart; and large rubber bands—stretched around the entire shoe—holding the two parts together. In other words, it’s a Nike running shoe, but it pops and locks so you can slip into it.

While Nike doesn’t discuss the GOs in context with other slip-ons, it seems their real appeal is their grip. It’s certainly easy to imagine something like Vans (and obviously Crocs) slipping off easier than the GOs. Although it’s not clear if that’s the aspect of the shoes at which Nike wants us to marvel. 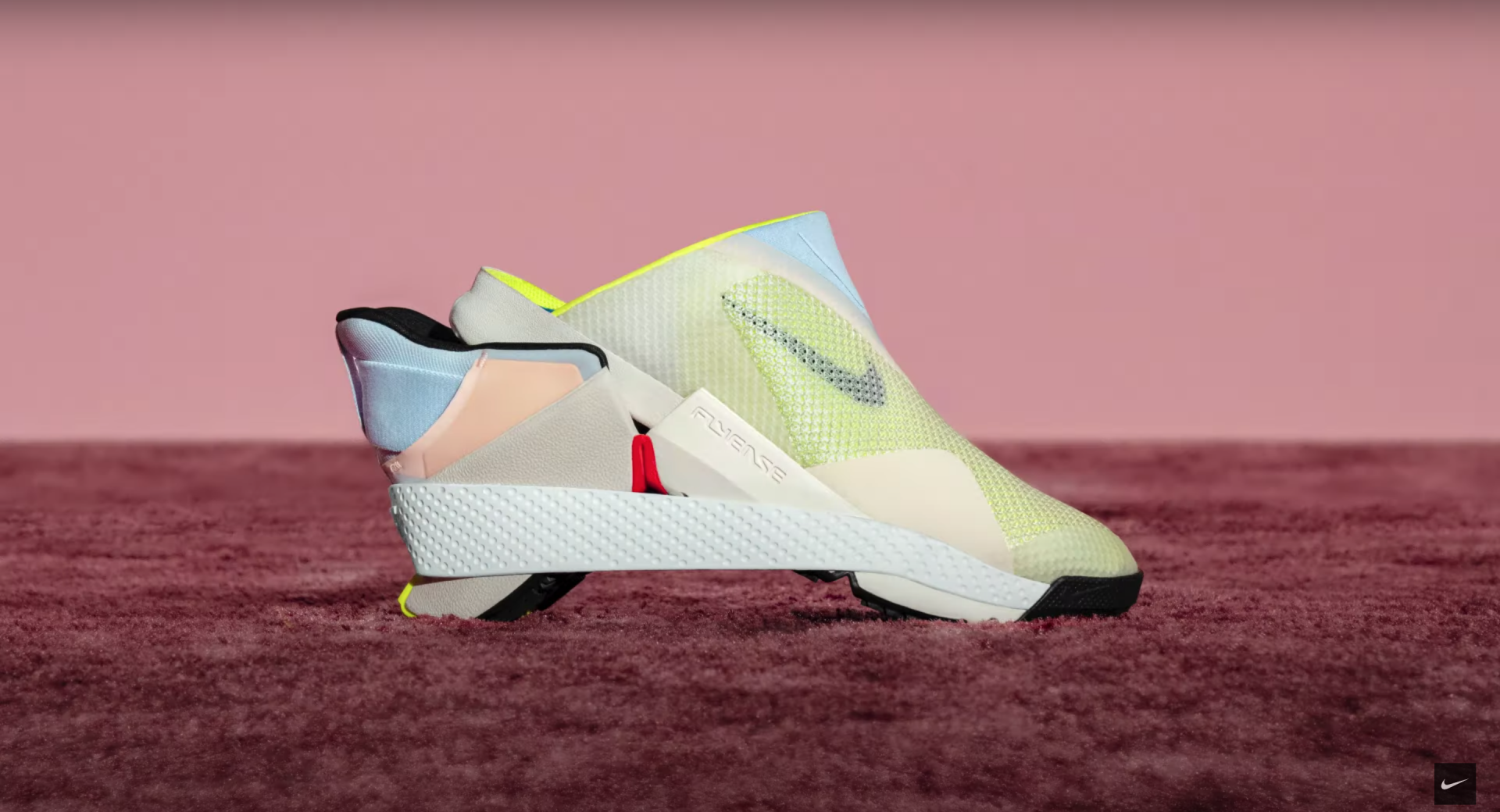 Regardless, the GO FlyEase kicks are a fresh design. It’s also nice to hear that the product’s creator made the shoe to accommodate existing human behavior. (Lifting your foot out of a shoe while toeing the back of it with your other foot.) Next up, perhaps Nike could come up with self-rolling socks? Nike could call them the FLOW ToeFlingers, and nobody would ever have to touch feet again!