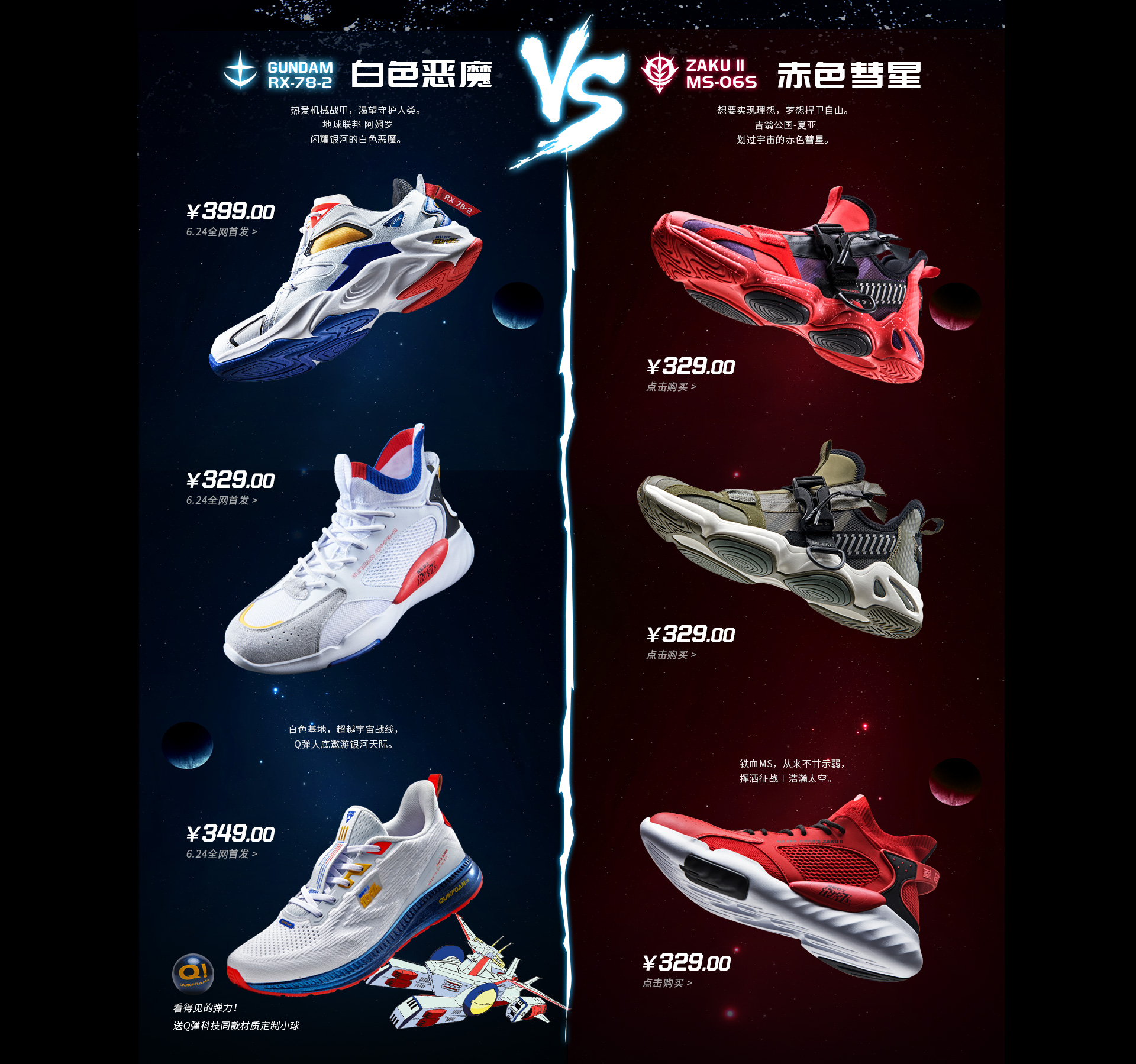 Following a teaser announcement on June 11, 361 Degrees released images of the full collection on Instagram before making the shoes available for sale at their webstore. Featuring colorways inspired by the classic RX-78-2 and MS-06 Zaku II mobile suits, the shoes come in white, green, and red, evoking recent Puma styles with Gundam-themed embellishments. With prices in the $60-70 range, the shoes are part of a bigger line of 361 apparel that includes T-shirts, pins, luggage tags, and more.

361 Degrees’ collection arrives on the heels of several product lines released to celebrate the franchise’s anniversary. Japanese retailer Uniqlo created a capsule collection in March featuring 12 different shirts, offering Japanese customers one of two models as a special gift if they purchased more than one tee at a time. And then in April, Seiko released three watches featuring dozens of idiosyncratic design and functionality details inspired by the same mobile suits.

These also follow on the heels of BAPE’s partnership with Japanese toy company Bandai to create a special set of Gundam figures, and Mastermind’s 2018 capsule collection of apparel. Meanwhile, Nike re-released the Air Max 98 “Gundam” in early 2018 as well, but like its original release two decades earlier, the color combination related only unofficially, handsome as they may be. 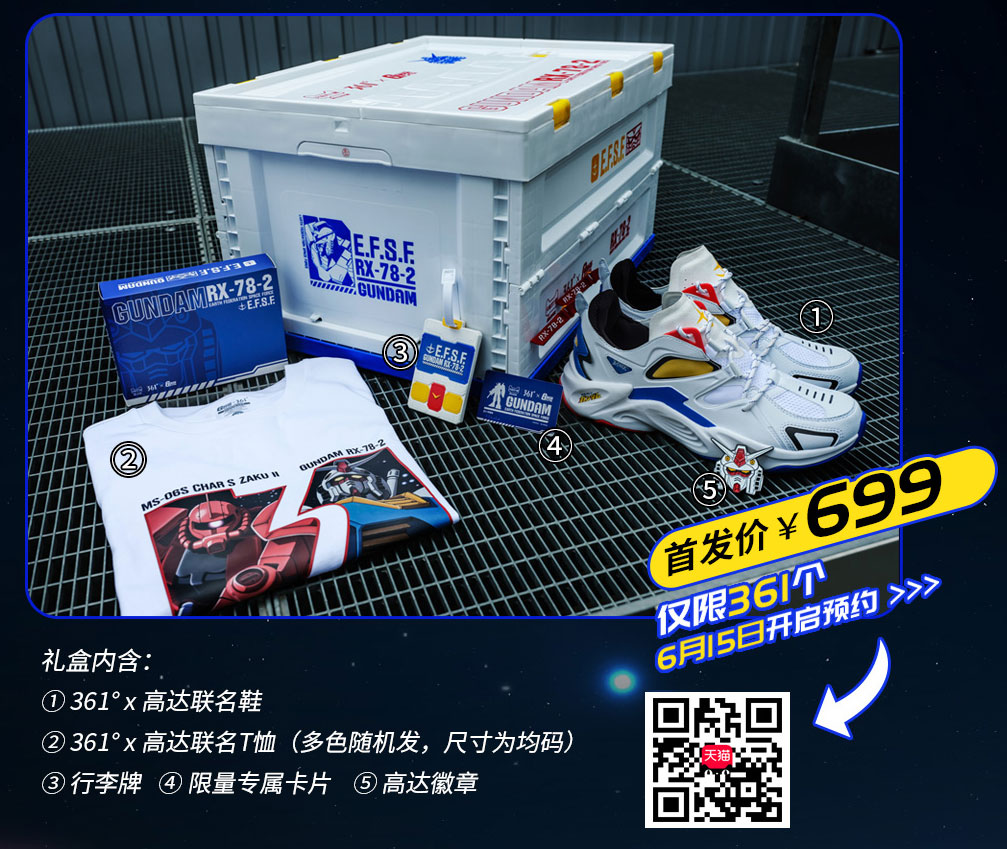 That said, with Brian K. Vaughan (Y: The Last Man) writing and executive producing a Gundam movie for Legendary Pictures, 361 Degrees’ sneaker collection will likely be only scratch the surface the merchandising and apparel collaborations related to the iconic franchise. In the meantime, check out more images of 361’s Gundam collection on the company’s Instagram account, and click over to its website to try and place an order.