Guillermo del Toro’s upcoming film Nightmare Alley is highly anticipated for a few reasons. The most obvious one is, well, it’s a del Toro film. But the cast comes in a close second for this dark ‘40s noir tale. Bradley Cooper, Cate Blanchett, Toni Collette, Willem Dafoe, Richard Jenkins, Rooney Mara, Ron Perlman, and David Strathairn complete the film’s ensemble cast. It feels like 84 years since we first found out about this adaptation of William Lindsay Gresham’s 1946 book of the same name. Believe it or not, the initial announcement hit way back in December 2017. And now, nearly four years later, we finally got the trailer. And it was indeed worth the long (and pandemic affected) wait. 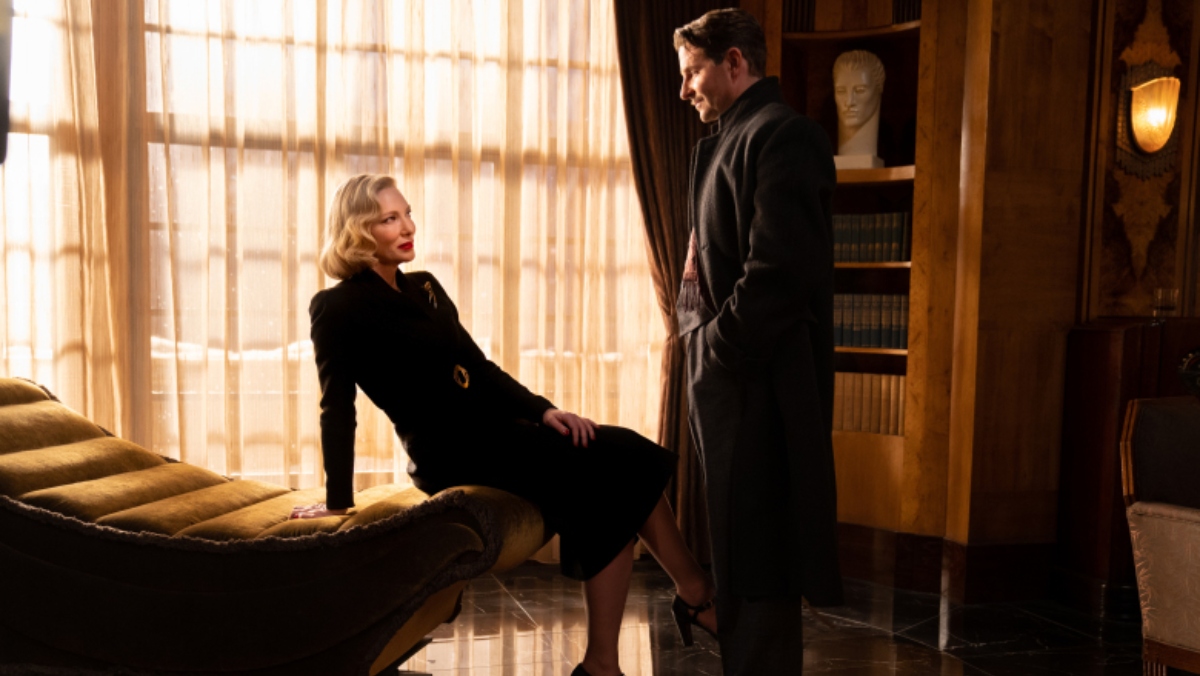 But first, a quick primer for those who aren’t familiar with the premise. Cooper portrays Stanton “Stan” Carlisle, who nabs a “showbiz” job with the traveling carnival scene. He teams up with Dr. Lilith Ritter (Blanchett), a dangerous psychiatrist and a series of weird and chaotic things ensue. They are a part of an underground carnival world full of grifters and unsavory people. Anti-horror people should know that the word “nightmare” doesn’t indicate the typical scare far. But instead, this is just a world that’s disturbing, creepy, and weird, which del Toro will certainly frame with excellent accuracy.

In addition to the trailer, Nightmare Alley also released a simple yet striking poster. It’s a photo of Carlisle looking straight at you. And there is one simple statement on it: Man or Beast. The trailer emphasizes that question a couple of times. So yeah, he’s certainly someone that you cannot trust. Despite him giving off Indiana Jones vibes with his clothing.

A Film by Guillermo del Toro

Only in Theaters December 17 @RealGDT pic.twitter.com/LGFvCo1wLl

It’s hard to believe that the film is actually coming soon on December 17. Let’s get ready to dive into the strange and shifty world of the carnival circuit.