Pants, at a time like this? It seems someone had their very own Alan from The Hangover moment during this time of working from home. But this just happened to be filmed live. Via Bored Panda, ABC News Reporter Will Reeve (son of actor Christopher Reeve, incidentally) went on Good Morning America for a segment about pharmacies using drones to deliver prescriptions to patients. Everything went smoothly and Reeve delivered the information well, but then people noticed Reeve wasn’t wearing pants. 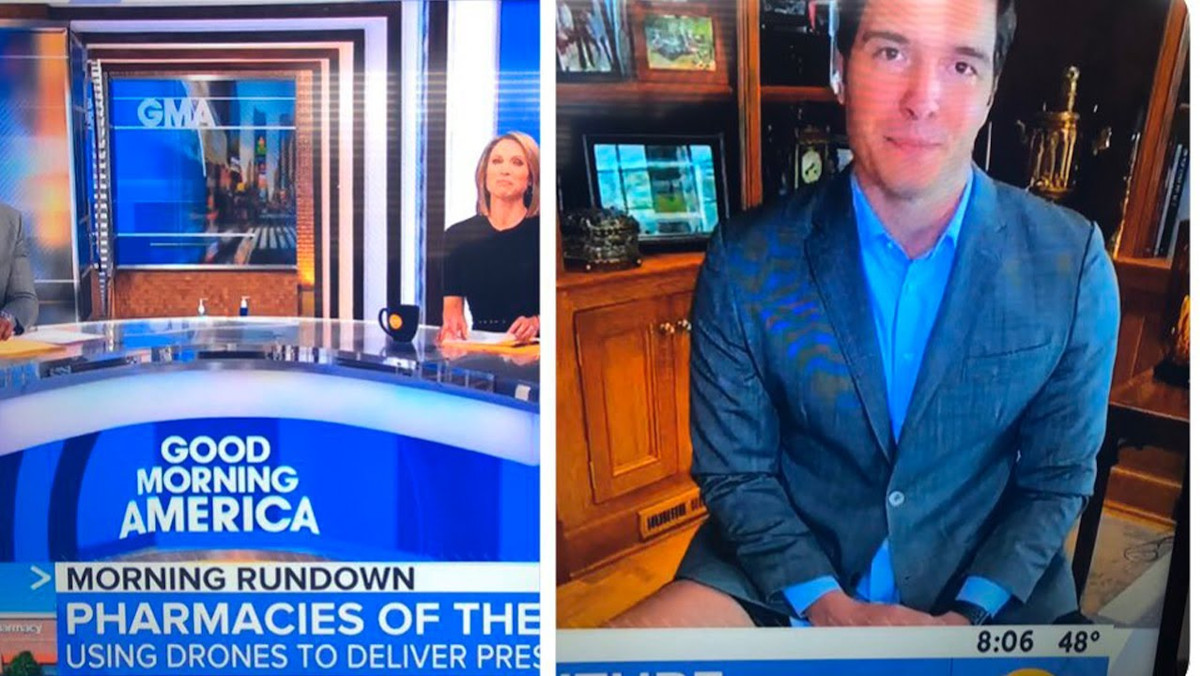 While video conference calls from home have become the new normal, some people still have a few kinks to work out. Mastering the art of dressing for a live interview can be tricky, especially when you are your own cameraman and may not have quite the right framing. That’s what happened here. Reeve’s shirt and blazer look great, but he paired them with black shorts. Reeve remained blissfully unaware that he showed his pants-less legs for the entire segment.

However, Reeve learned about the mishap and had a good sense of humor about the whole incident. He took to Twitter once he realized what happened and made light of the situation. He jokes that he’s arrived… “in the most hilariously mortifying way possible.”

*in the most hilariously mortifying way possible https://t.co/2NQ85QEJVr

He later released a statement on Twitter, saying, “Trying to be efficient I got ready for a post-GMA workout a little too soon this morning. The camera angle, along with friends, family, and several hundred strangers on the social media made me rethink my morning routine. Any sartorial tips from these people who are wearing a belt, trousers and shoes during their work video calls at home are most welcome. Now, back to work. Wearing pants.”

Reeve recently put the debate about whether they were briefs or indeed shorts to bed. He replied to a Twitter comment saying that they were indeed shorts. We hope he still got to do his post-GMA workout!