In what is undoubtedly another step toward an IRL Star Trek holodeck researchers at the University of Glasgow in Scotland have developed holograms people can “feel” with their hands. The interactive holograms are quite basic at this point, but the proof of concept is certainly there. And, incredibly (dare we say magically?!), the system relies ultimately on illusions and air. 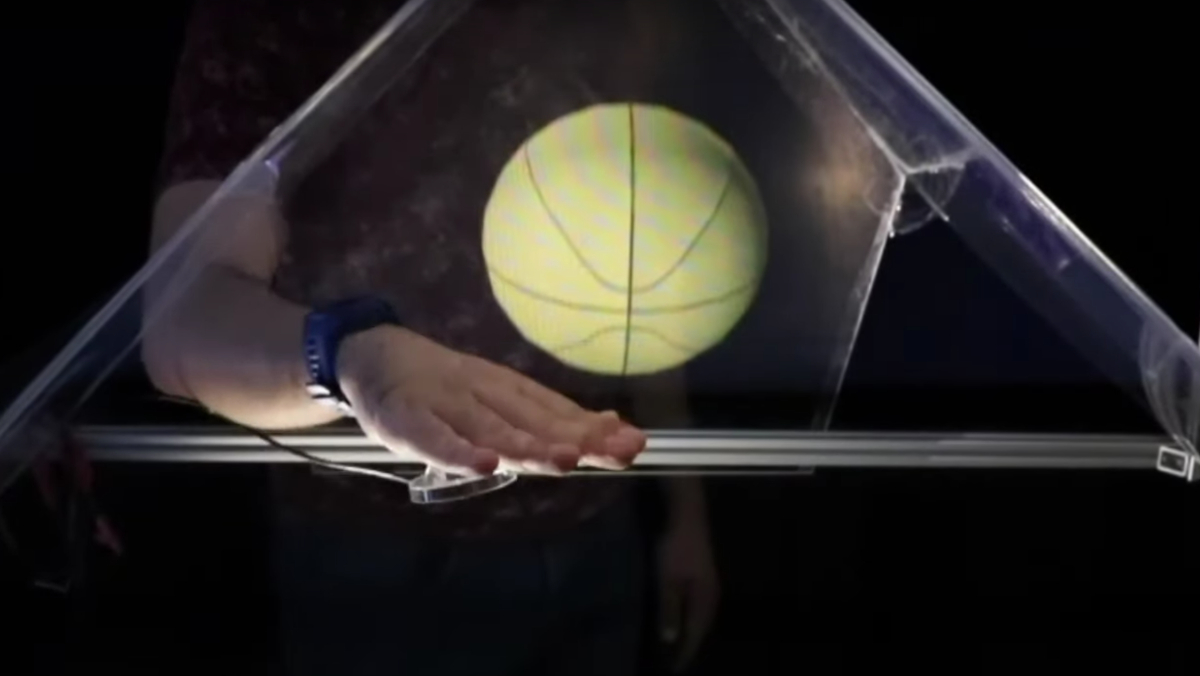 Design Taxi picked up on the new, tangible holograms, which the research team recently described in a paper published in the journal Advanced Intelligent Systems. Professor of Electronics and Nanoengineering Ravinder Dahiya led the team that aimed to pair holograms with “aerohaptics.” That is, the process of creating feelings of touch with jets of air.

To create the interactive holograms the researchers say they developed a 21st century iteration of a 19th century idea. That original idea—dubbed Pepper’s Ghost—was actually a stage gimmick. One in which a well-lit actor unseen to an audience would appear on stage thanks to a piece of reflective glass. In this case, Dahiya and his colleagues used glass and mirrors to make their two dimensional images hover. And haptic feedback that consisted of nothing but air.

The researchers show how the device works in the video above. In essence, the “pseudo-hologram with aerohaptic feedback” functions by having users place their hand into a mirrored pyramid that has one open side. A computer then generates a holographic object and projects it off the inside of the pyramid into free floating space. A sensor beneath the pyramid tracks a user’s hand and finger movements and subsequently blasts them with air; modulating in strength and direction depending on how somebody is interacting with a hologram.

The example at the end of the video shows a sample of the final product. We see a user play with a virtual basketball and Dahiya explains in a post on The Conversation that he’s able to not only feel the curvature of the ball but also an appropriate variation in force on their hand as they bounce or slap it. 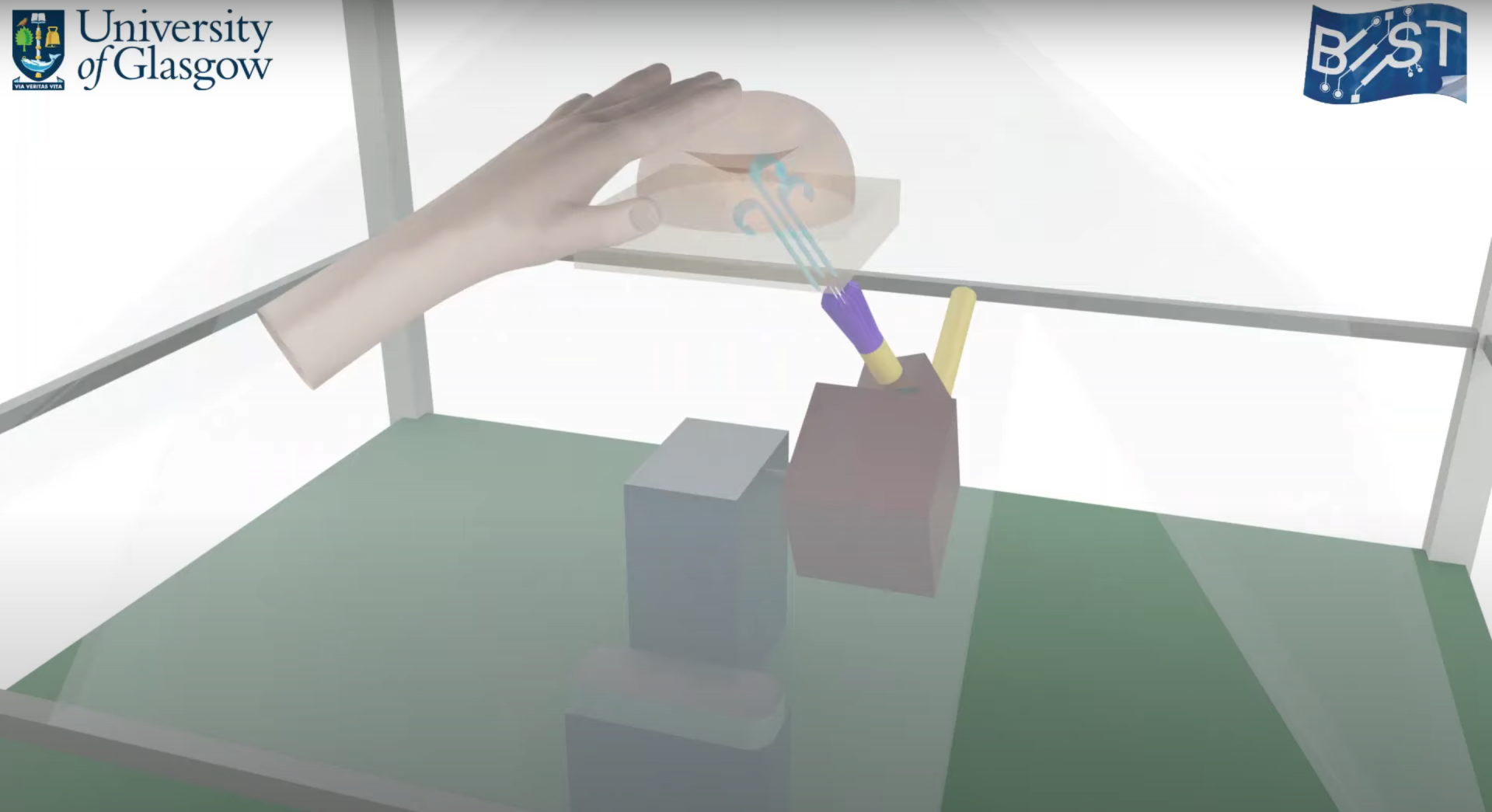 As for an actual Holodeck, it looks like that’s a long way off. Obviously, a room full of tangible holographic objects doesn’t seem remotely feasible right now; let alone a faux Klingon to battle with a digital bat’leth. But Dahiya and his colleagues seem set on making something akin to the famous starship simulator room eventually. The next piece of the puzzle they’re trying to crack are smells. Although, personally, we’d rather they focus on making a detective version of Picard.