Want to add some spice to game night? Looking to beef up your tabletop adventures? Ravensburger has just what you need. With the all-new Taco Bell Party Pack Card Game. It features a buffet of activities for groups of hungry players. However, you might want to make sure you have some real Taco Bell to feed your friends when they arrive. Because when they see the game’s packaging they’re going to expect actual food. 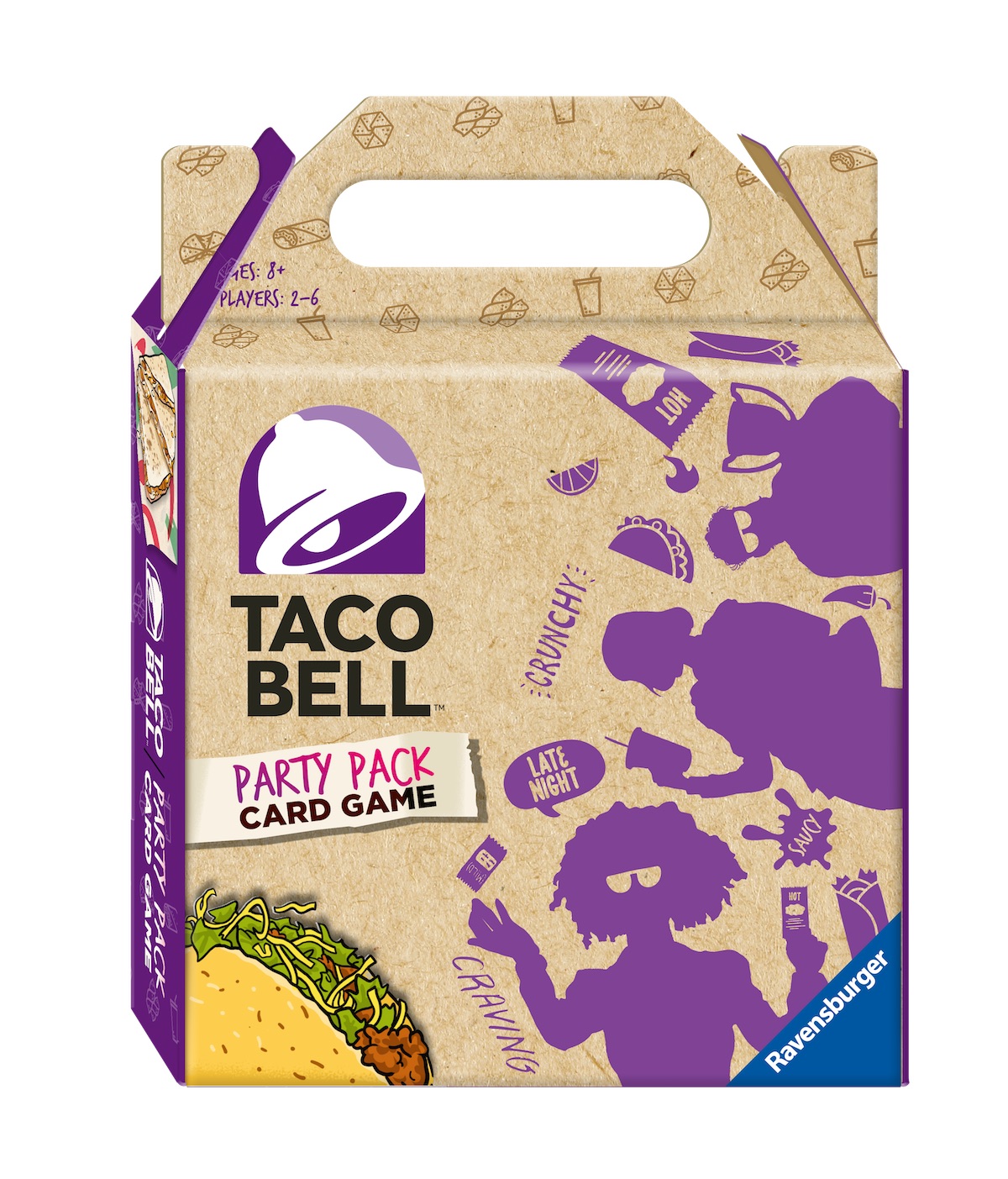 The Taco Bell Party Pack Card Game comes inside a party-pack style box from the fast-food chain. It looks like it could be full of Crunchwrap Supremes and Black Bean Chalupas. Instead, it’s full of card games “ideal” for large groups. From Ravensburger:

It will also make you very hungry. We know without even playing it. Just reading about the game has us ready to hit the drive-through. 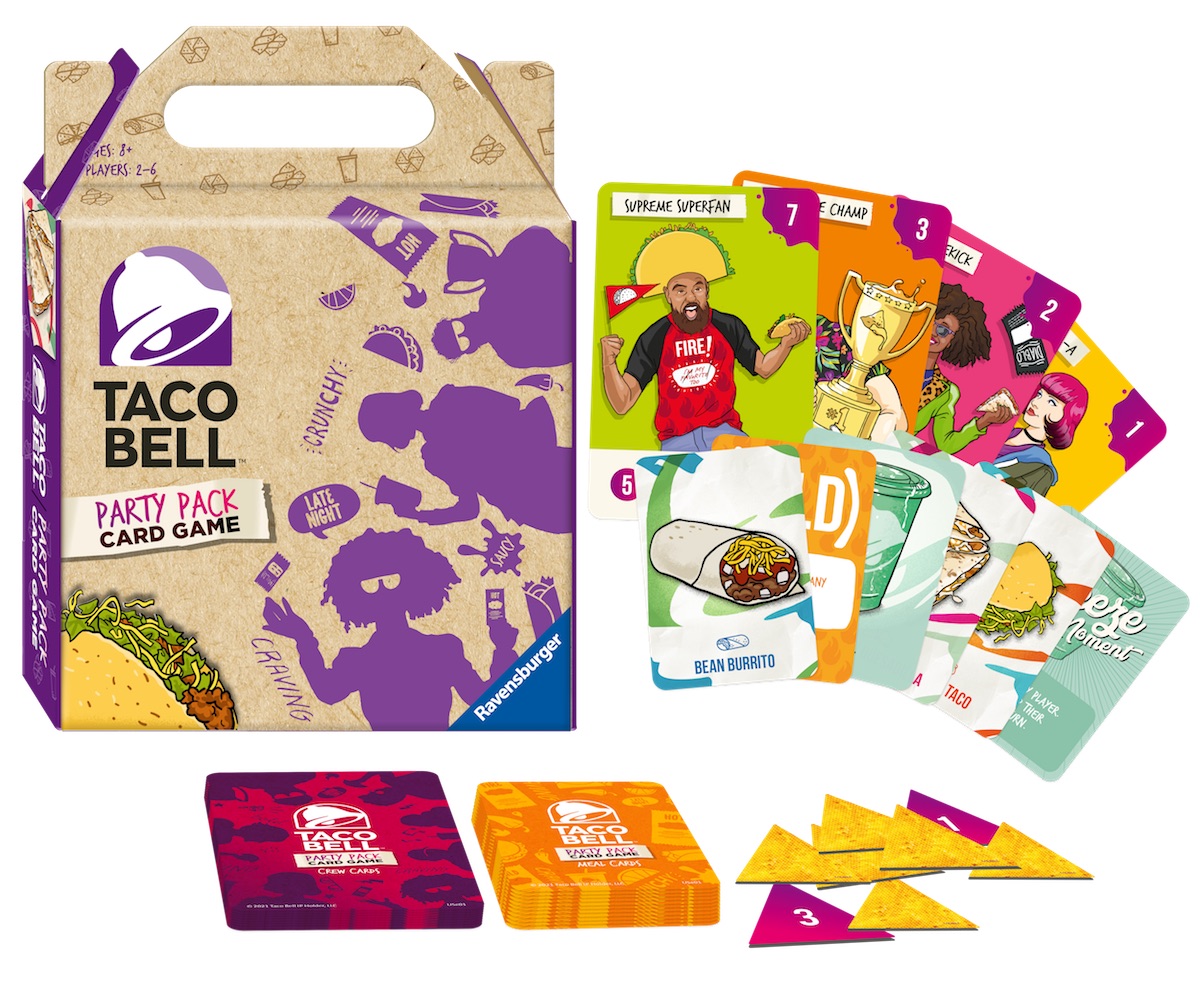 “We were delighted to work with Taco Bell on this game,” says Florian Baldenhofer, International Category Manager for Family Games at Ravensburger, in a statement. “Our team enjoyed capturing the essence of Taco Bell’s fun, witty, and colorful brand in a game with the same qualities.”

Designed for ages eight and up, the game is already available at Target ($16.99). Starting August 1 you can also pick up your order at Amazon. As well as at other retailers and local game shops. The actual food you’ll want to provide for your group of two to six players will have to be purchased at an actual Taco Bell though.