Everyone knows the deep sea is dark and full of nightmarish creatures—ones that look like they grew out of H.P. Lovecraft’s subconscious. Which means it should come as no surprise scientists have just announced the discovery of yet another bizarre aquatic species. One that floats aimlessly and mysteriously, like a shimmering, translucent balloon searching for … something.

Science Alert reported on the discovery, which scientists at the National Oceanic and Atmospheric Administration (NOAA) outlined in a recent paper. The NOAA scientists actually observed the new species—and genus—of blob in 2015 off the coast of Puerto Rico. Confirmation that the blob, dubbed Duobrachium sparksae, is indeed a new species has only come now, however.

In regards to sparksae‘s genetics or how it behaves, details are still elusive. The NOAA scientists are certain the blob is some type of Ctenophore though. Ctenophores, also referred to as sea gooseberries or comb jellies, comprise a phylum of invertebrate marine animal. They almost always look like translucent blobs, and often times have macabre characteristics. 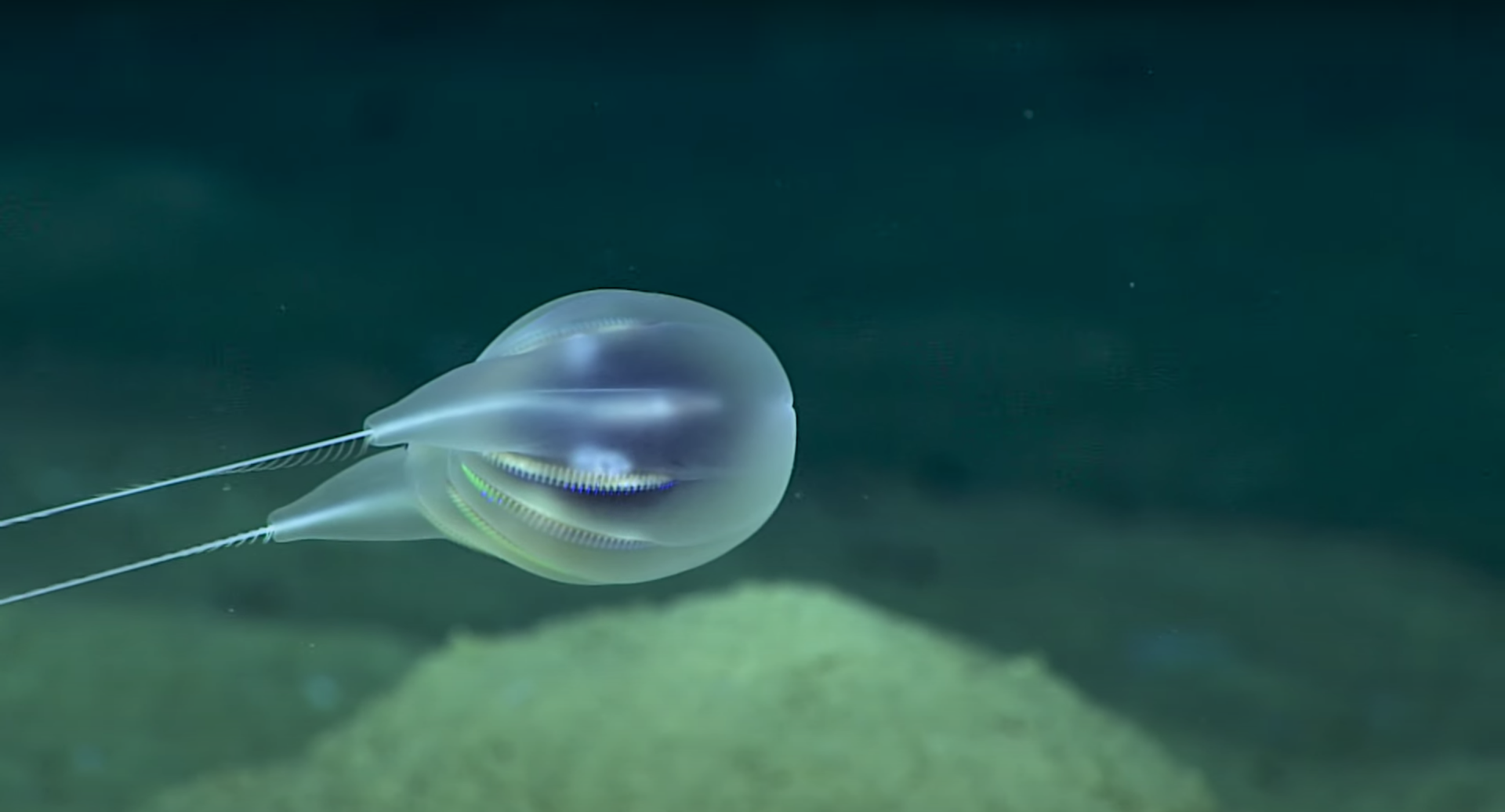 “It was a beautiful and unique organism,” NOAA Fisheries scientist Mike Ford said in a press release. Ford added that after they had the video footage of sparksae, the scientists combed through historical texts on ctenophores. They eventually found that it was indeed different enough to stand as a new genus and species.

Allen Collins, the director of the NOAA’s National Systematics Laboratory, highlights sparksae‘s unique physiology in the video at top. It’s like “party balloon, only instead of having one string hanging down, it’s got two little dangly bits,” he says. He adds that each one of the “dangly bits” is a tentacle. Each of the tentacles also grazes the ground, perhaps searching for prey, as it floats 13,000 feet below the ocean’s surface.

This new comb jelly species has been compared to a hot air balloon, an inflatable tooth, and even an underwater turkey! Check out our video to learn more about the discovery: https://t.co/4XgV3pXOae #HappyThanksgiving pic.twitter.com/wnJdzztbTN

Aside from cataloging the bizarre new species, the NOAA scientists were most excited by how they discovered sparksae. The scientists say they identified the species solely from submarine footage from 2015. And while the NOAA says the method is controversial, it was appropriate in this case. A good thing, because if it weren’t, scientists would’ve had to suck it up and dissect the squishy nightmare. And really, it deserves to float free so it may hunt and kill prey in peace.