Researchers in Canada have been tracking the songs sung by White-throated Sparrows and found that their dominate tune has shifted over time in a surprising way. Since the ’60s, their most popular song has gone from having a triplet ending to a doublet ending. That’s like a song going from “Oh sweet Canada Canada Canada” to one sung like “Oh sweet Cana Cana Cana.” And while that may not seem like a big change, it does signify a modified dialect going “viral” across North America.

The tweet that went viral. Canadian white-throated sparrows are now singing a new song, ditching their 1960s retro melody. A sparrow or two in the Rocky Mountains started the new variant and it went viral in the sparrow world. The study was published today @CurrentBiology. pic.twitter.com/Cexz5b1QSF

Gizmodo reported on the evolving Sparrow song, which was described in a paper recently published in the journal Current Biology. The authors of the paper, including Ken Otter of the University of Northern British Columbia et al., not only describe the prevalence of the new song in their paper. They also talk about the likely means of how it’s been spreading. And it does appear that, like a viral meme, the new song was slow to catch on. But it has rocketed in popularity over a relatively short period of time.

The video above has a brief analysis of the two songs. The first song is the triplet-ending song, “Oh sweet Canada Canada Canada,” followed by the doublet-ending “Oh sweet Cana Cana Cana.” According to Otter and his fellow researchers, the former song was popular in the ’60s, but was joined by the latter one sometime between then and the year 2000. Over the last 20 years, the doublet-ending song has largely supplanted the triplet-ending one across most of North America.

The researchers hypothesize that the reason the doublet-ending song, which originated in western Canada, has spread across the entire continent over the past two decades is because of where White-throated Sparrows spend their winters. As it turns out, Sparrows breeding west of the Rockies in Canada spend their winters in Texas, Oklahoma, Arkansas, and Kansas (plus California), where they interact with Sparrows from the eastern part of the continent.

Otter and his colleagues believe that the new, doublet-ending song has caught on with Sparrows from the eastern part of the continent thanks to their interaction with Sparrows from the western part while overwintering in these states. It is in these overwintering states where young, impressionable Sparrows hear and begin to emulate different dialects, Otter told the Audubon Society.

“You would predict dialects to persist in a location for extremely long periods of time,” Otter told Audubon, “because you get punished for not conforming.” Instead, Otter says the doublet-ending song has gone “viral,” traveling more than 1,800 miles eastward across North America over 20 years. “It looks like it took a slow time to takeoff, but once enough birds were singing it, it really took off very quickly,” Otter added.

Moving forward, Otter and his colleagues are going to continue studying how the White-throated Sparrows’ most popular songs evolve over time. They have their work cut out for them, as yet another modified version of the song has already popped up in western Canada. Which is understandable, considering the fact that nothing can go viral forever. 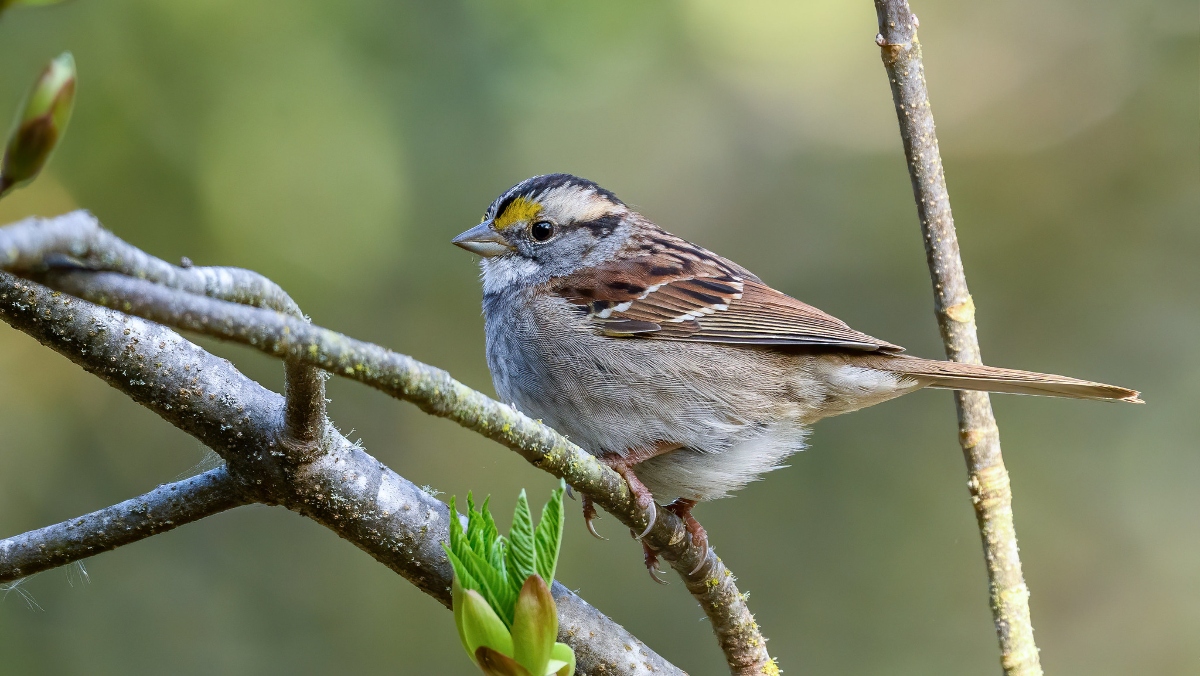 What do you think about the White-throated Sparrows’ relatively new and viral song? Does it give you any new insight into the propagation phenomenon, or do you just feel like doing some bird watching now? Let’s get chirpy in the comments, people!